'Perception of an Artist' - a small splitlevel house 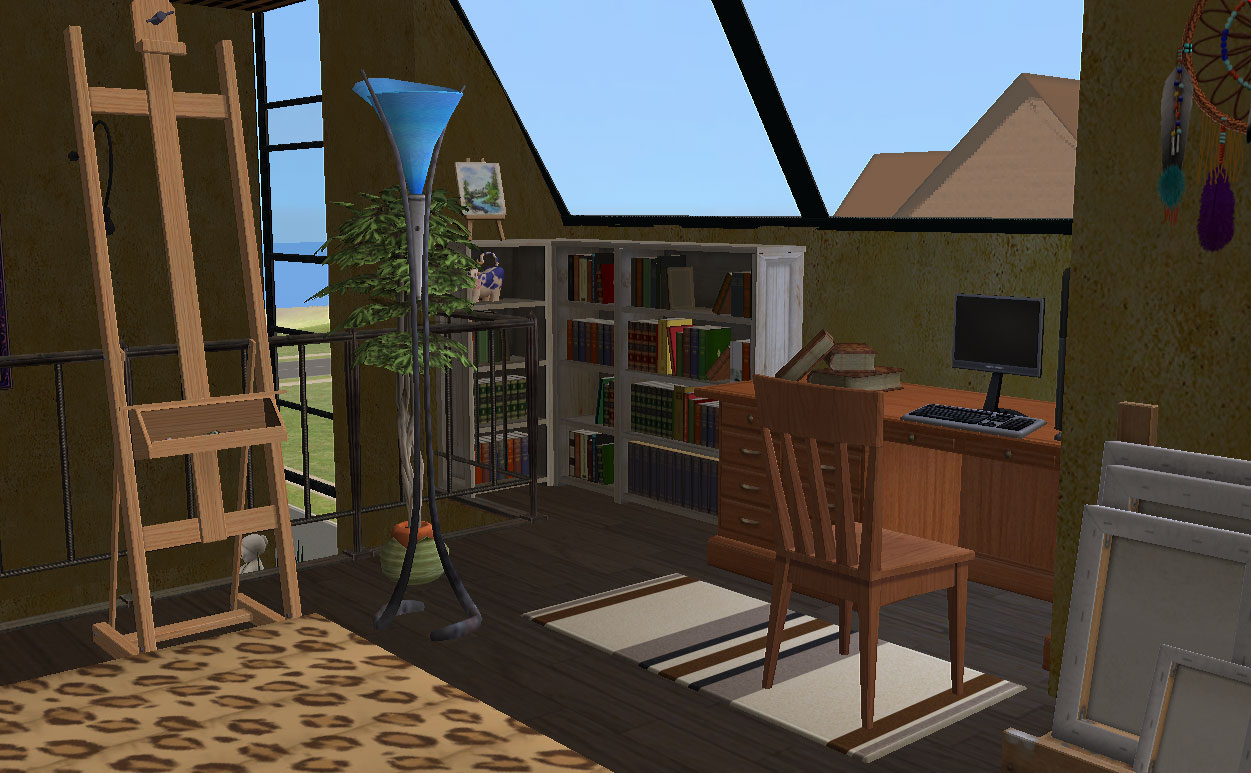 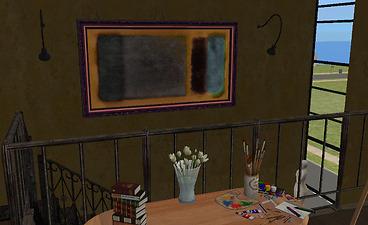 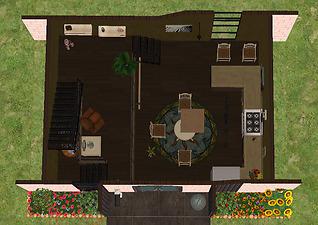 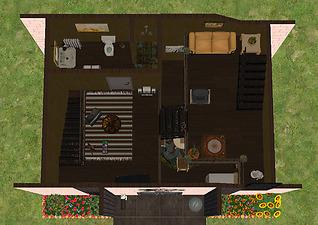 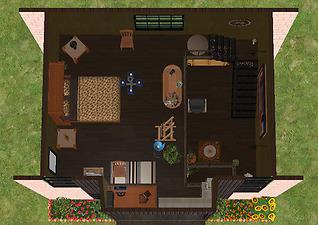 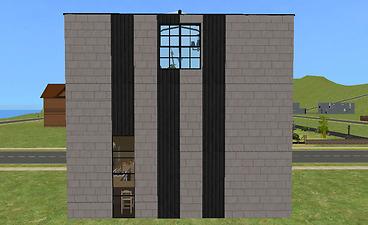 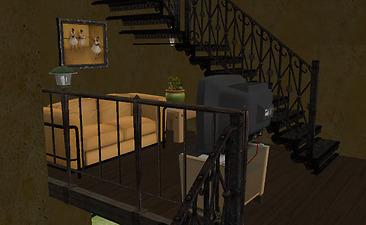 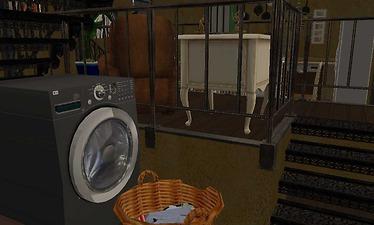 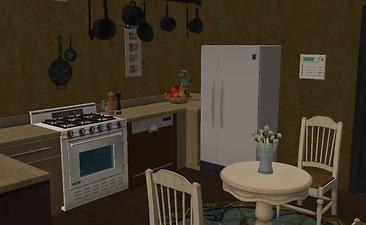 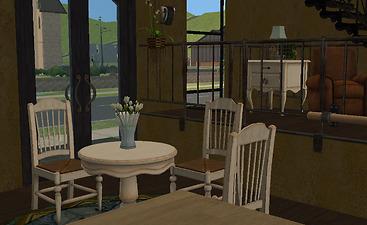 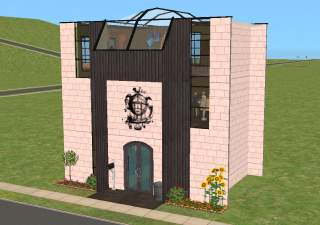 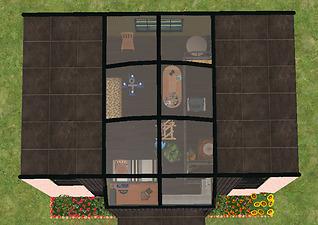 65 Thanks  Thanks     8 Favourited
09/16/13: ekrubynaffit brought to my attention that the sloped roofs aren't weather proof. To avoid snow and/or rain entering the bedroom, I built a second invisible 'roof' on top of the rooflight. Sadly, this leaves us with an ugly brown seam. But you can avoid it by doing the following:
- Get some mod that nukes the seam. ([link] & [link] )
- Or simply don't go to the top floor and pretend it didn't exist. :p
Those of you playing without weather can of course simply delete that additional floor. 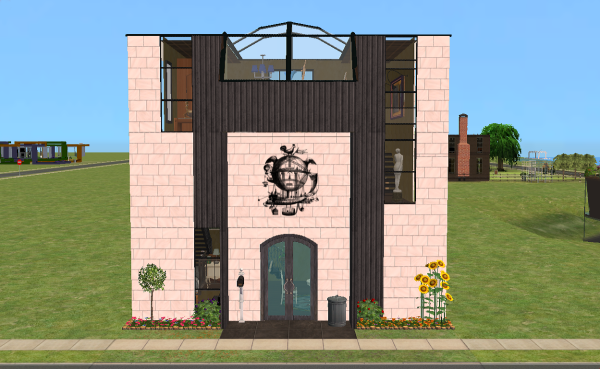 'Perception of an Artist' is a little rowhouse fitting in any urban environment and suited for a single sim or a young couple without kids. The exterior with its brick facade and windows gives a nice industrial feeling that is complimented with the cozy (and a little bit grungy) interior.

The rooflight is a real masterpiece. It floods the upper floor with light and makes it an ideal place to work during the day and allows to admire the stars at night. 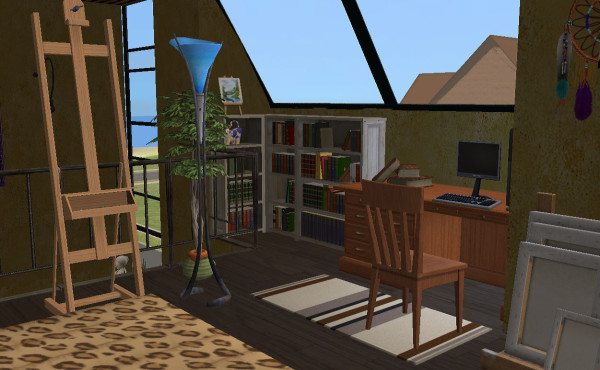 Apart from the rooflight, it features an open kitchen and eating area, a living room that goes over different levels, a snugly bathroom and a small laundry 'room' (decorative only). 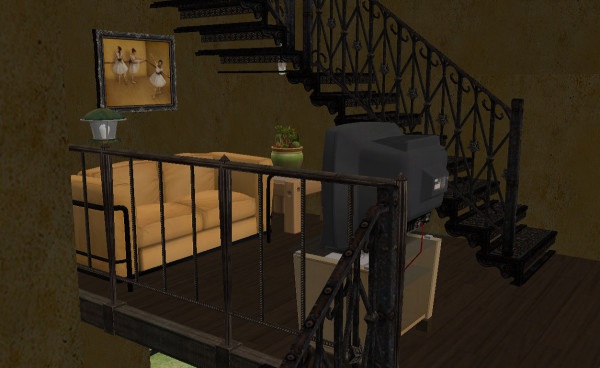 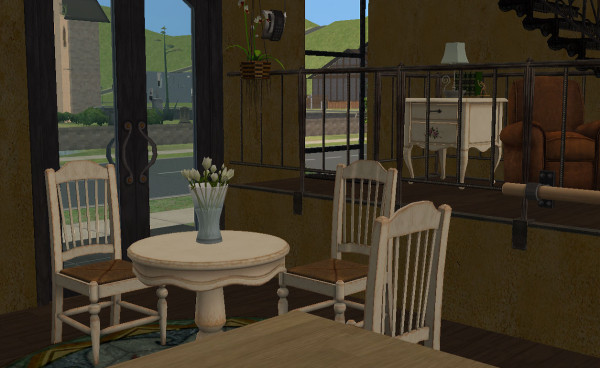 This house and its unique floorplan will be the perfect match for your unique artistic simmies, as long as they're not too lazy to master all those stairs everyday. ^_~

This lot was shrunk with Mootilda's Lot Adjuster.

In the attached file, you’ll find the .sim2pack, several package files, a .txt file and a preview image.

The package files are CC I couldn’t include in the sim2pack and you have to put them in your downloads folder.
Base Game OMSP and invisible recolour by SilentLucidity at MTS
Move Over Dahlen by leefish at MTS
Victorin Greenhouse Set: Roofpiece A by Lethe_s at MTS

The .txt file is needed for the custom stairs. If you're using the Scriptorium put it in your Scriptorium_ModularStairs folder. Otherwise you need to copy the text inside the file at the bottom of the modularstairs.txt file from this path:
C:\Program Files\EA GAMES\The Sims 2\TSData\Res\Catalog\Scripts.

Custom content NOT included:
KitchenBasic Set by buggybooz at MTS
You need: the Counter and recolours, AddOn 1 (IslandCounter 1) and the backsplash from AddOn 7.

Additional Credits:
When you're uploading something for the first time, you have to pay attention to so many things you're likely to forget something. Getting feedback from other users at this point is really helpful. So, a bit thank you to all those users who are active over in the creator feedback forum. ^_^