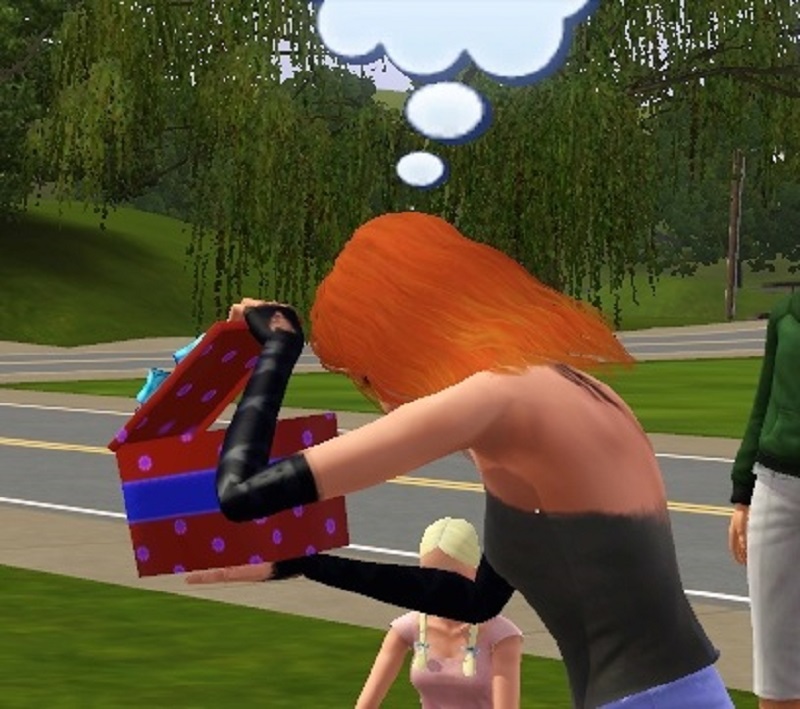 383 Thanks  Thanks     89 Favourited
Your Gift Pile can now come with items from multiple expansions!

This mod was made with Patch 1.50, but since this code hasn't been significantly altered in the latter patches it will work fine with later versions. It absolutely requires Seasons, since without it you can't have the Gift Pile. It PROBABLY will not work if you don't have all the packs listed; the only reason I won't say it 100% won't work is because each object defines what expansion pack it needs to work, so it's possible the game will never give you an object you don't have. This mod is an edit of the GiftPileGifts XML resource from Seasons, and will conflict with any other mod that edits that resource.

Essentially, the list of gift pile items is divided into four categories: Age-specific gifts, Trait-specific gifts, Miscellaneous gifts, (and bad ones). Previously, there were ZERO Teen and Elder gifts and only a handful of Child ones; I've added a couple gifts for Elders and a lot more for Teens and Children (including some from Seasons...) I've also added enough gifts so that almost every trait has at least one gift associated with it. The World Adventures cultures traits even have their own larger sections for the foreign sims in your families. [See First Post in the Comment Section for a list of gifts]

In the future, I hope to fine-tune this mod a bit, like possibly adding gifts for the Occult traits. As far as testing goes, the mod works but I have no idea how balanced the gift distribution is. For instance, Elders only have two gifts in their category, and from what I've seen, Age takes precedence over traits; so if your Elders keep getting the same gifts over and over let me know!

ALSO! If you get a *FailureObject from the pile or a sim breaks off during the interaction, that's a bug. There were a lot of objects added to this mod and not all of them were fully checked for proper behavior. If you experience any problems, just give me the traits and age group of the sim that caused the error and I'll make sure to fix it.
Additional Credits:
Sims 3 Package Editor
Sims 3 Object Creator, which allowed me to find all the object names