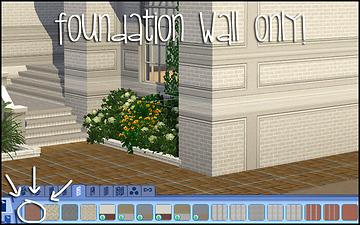 1,034 Thanks  Thanks     219 Favourited
Picked Upload! This is a picked upload! It showcases some of the best talent and creativity available on MTS and in the community.

As a builder, this always drove me crazy. I really like that paneling from the Ambitions expansion pack, but the mismatched left panel made it practically unusable to me. And the wall set with the columns? Five separate pieces (left, right, and center columns plus two plain ones with just crown molding) and no three sections matched each other. So, determined to fix it, I started poking around. And I poked, and I poked, and I poked some more. Turns out, some of the pieces from those wall sets are missing their bump map, which gives the wallpaper texture a three dimensional look and feel. However, adding a new bump map to an existing wall mesh is something I have never done before, but after a lot of trial and error I finally got it. =D

This mod fixes five separate walls, four from the Ambitions expansion and one from the base game, and will conflict with any other mods that override these same resources. The in-game names of the walls that have been altered are:

A note about the base game wall- This mod only fixes the foundation wall (the one circled in the picture below). I did not touch the other plain, one channel exterior walls, as they actually share resources with the indoor walls found in the wallpaper and paint sections of the catalog and I wasn't sure if people would want that one changed or not. I can add a fix for it though, if there's enough interest in it, but for now I've only done the one foundation wall. So, if you use any of the other plain walls when building, you'll still get that weird discoloration when put next to walls with edging. Likewise, if you mix and match the foundation wall with the other plain walls, you'll have the same problem. 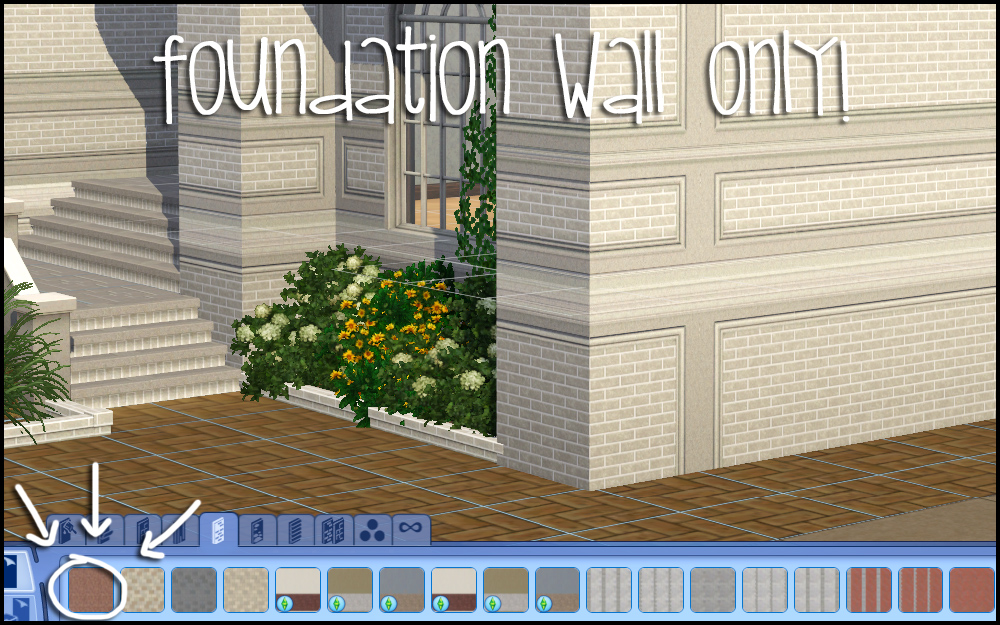 This mod was built with game version 1.57, although I'm fairly certain it will work on any other recent patch, including 1.63. However, please let me know if you run into any issues. I tested it fairly extensively in my own game, but you just never know. :D


Additional Credits:
I'd like to thank #create and all the lovely folks on tumblr for their encouragement and support. It was a very challenging project for me, but y'alls enthusiasm make it all worth it. <3

See: Game Help:TS3 CC Basicswiki for a full guide!
Back to download view
29 Comments / Replies (Who?)