Dilton Doiley of "The Archies" 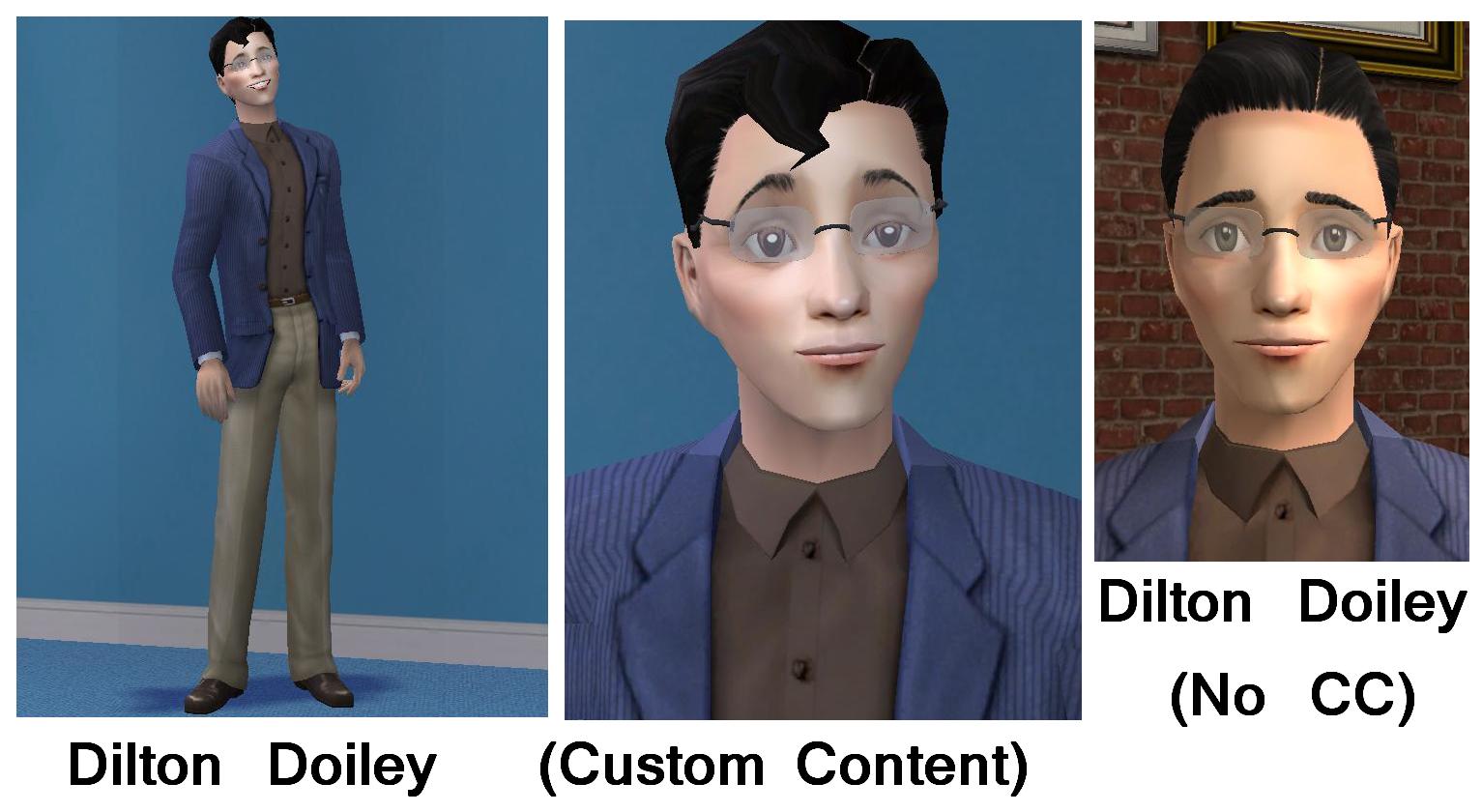 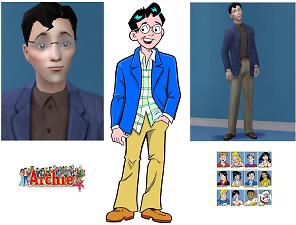 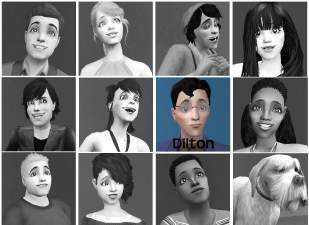 28 Thanks  Thanks     6 Favourited
Dilton Doiley is a Teen Sim "The first word Dilton Doiley said was Pythagoras, a great mathematician and historian, instead of mummy or daddy. When he was one year old, he was already solving complicated mathematics problems.

Dilton is an only child. Mr. and Mrs. Doiley, amazingly, look very much like their son. All three Doileys have straight, flat black hair. And they all wear thick-rimmed glasses. But his parents aren't very smart while in another story,his parents were shown as quite smart, helping Dilton by building a satellite. They rely on Dilton for things like when the powerbox blows up. Dilton does have an elderly grandmother named Muriel. Muriel is very shortsighted. She mistook Dilton's girlfriend for a boy once when she was not wearing glasses! She too wears thick-rimmed glasses, although her hair is white.

Dilton also has two cousins. One of them is a beautiful blonde girl. Betty Cooper and Veronica Lodge were very unhappy when his cousin started flirting with their on-again and off-again boyfriend, Archie Andrews. They encouraged DIlton to usher her out of town. The other is an annoying little boy with brown hair and glasses. He proved to be smarter than Dilton. He once beat him at chess! The Doileys don't seem to have any pets, although sometimes Dilton brings in rats and chickens and the like to experiment on in his laboratory.

Dilton is the typical "nerd" type. He is extremely smart. In one issue, it was revealed that his IQ was 200! He often helps out his friends with their homework using his smarts. In one story,he was able to use his immense smarts to throw the basketball in the hoop just by calculating! One story was that he helped the mayor straighten out his budget. Being this smart isn't always the best thing for Dilton, as Reggie Mantle, Riverdale prankster, sometimes pretends to be his friend just so Dilton could help him with his homework. Thankfully, this backfired for Reggie. Not only was he caught, he was also forced to do his homework all over again. But this proves that Dilton was too trusting. Dilton enjoys building things and thinking up inventions in his laboratory. (His laboratory is really just his garage, but in some issues, he has a secret passageway in his room leading to another, more elaborate lab.) He has a female robot to assist him. Dilton also has a talking computer, but this is rarely shown in most of his stories.

However smart he is, Dilton is always very, very shy around girls. Once he asked his friend Archie Andrews to dress up and pretend to be a girl so that he could try his "flirting" skills out on him. Another time he invented a female robot to serve as a dating partner. That didn't work, and he switched to trying to get an actual Riverdale girl to like him. He even brought barbells and tried to work out! Dilton is a very resolved and sweet person. Too bad for the bullies who sometimes pick him for a target. You never know what new defensive invention he has up his sleeve! However, Dilton Doiley can be very fierce like a tiger, shown when Reggie mantle made fun of moose and Dilton pounced on Reggie, threatening him despite his smaller size.

Dilton loves school sports. But due to his small size and built, he fails to be able to make even the tennis team. So instead he tried out for the part of the Riverdale mascot. At games, he's now the Riverdale Bird, in a heavy costume with feathers glued on. His endless cheer for the team made them win the championship, and Dilton was declared a hero. One time, Dilton even made the track team. This was never mentioned in any Archie comic again, though. Dilton doiley was once almost made the team captain of the basketball high school team but he gave up the chance in the end so as to not anger Archie and Reggie as veronica had promised to date the school captain.However, in another story, he was top of the tennis ladder and stated that he got very good in table tennis due to the computer. A side note: I have created the base gang of "The Archies". I have also constructed a hand-painted set of eyes specifically for these sims to give them that wide eyed look.

Additional Credits:
Thank you to all the creators who contributed to the making of Dilton Doiley.
Also, though I use Lilith's Peachy Skintone Defaults and JesstheEx's Hand Out and Punch Up default eyes, if you do not have these defaults in your game already, they will not appear. Your "no CC" sims will either appear with whatever defaults you are currently using, or with the Sims/Maxis original skintones and eyes.