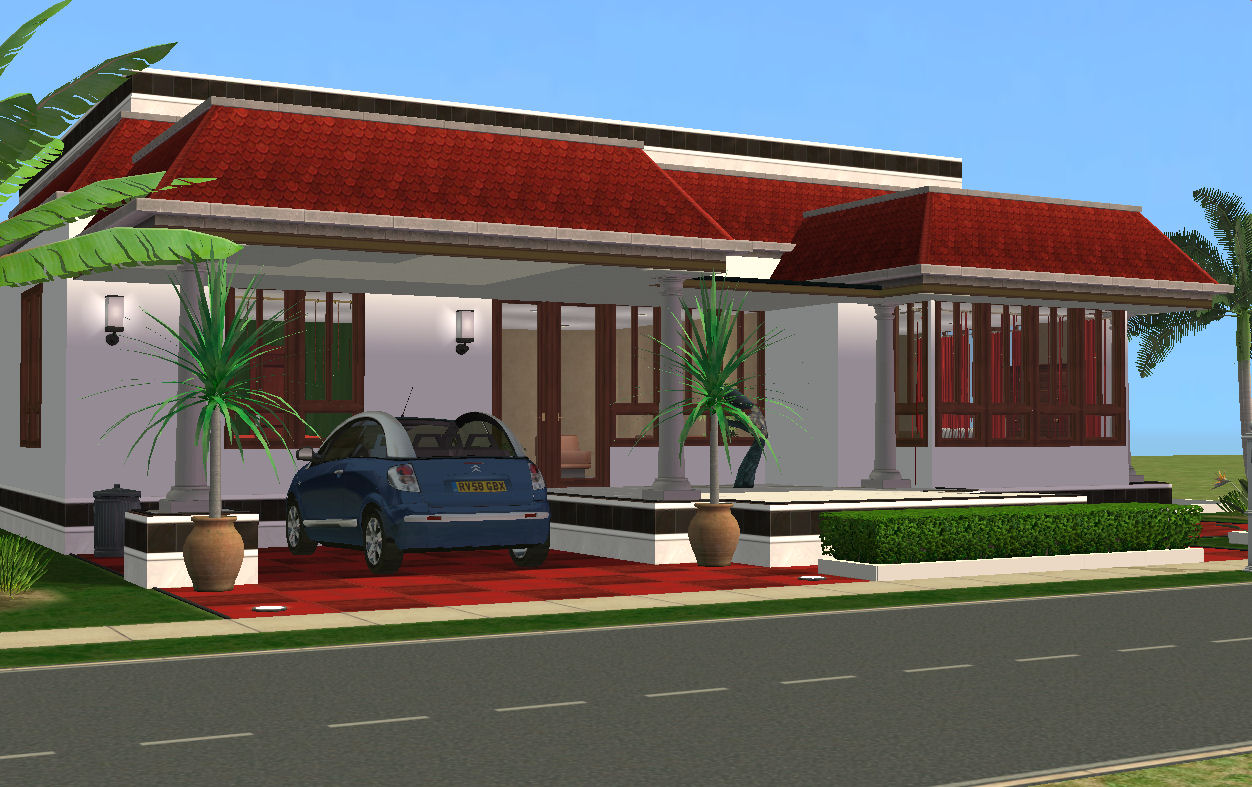 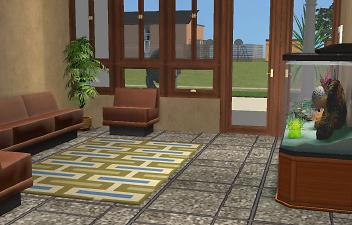 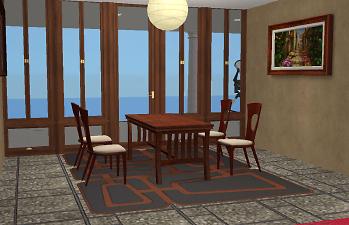 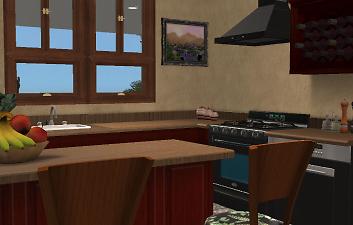 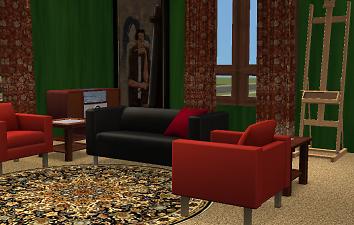 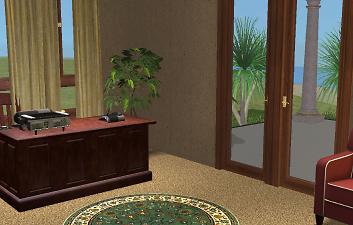 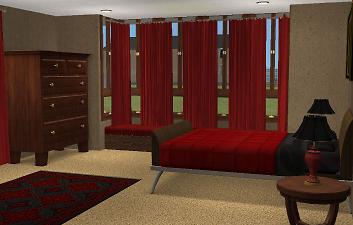 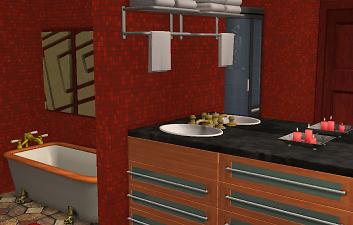 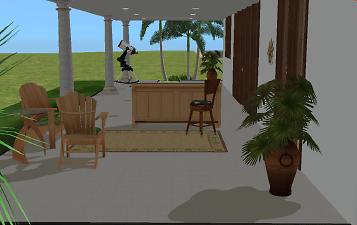 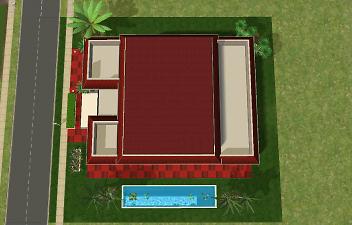 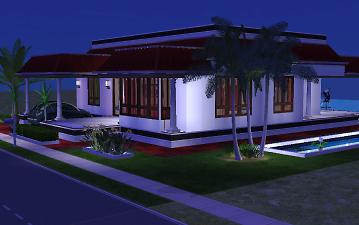 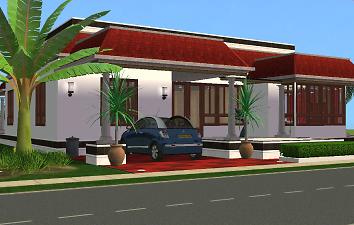 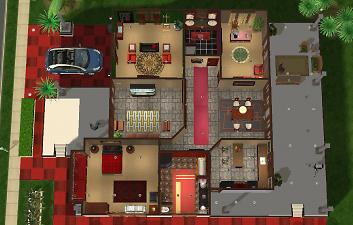 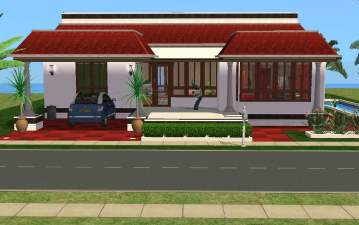 100 Thanks  Thanks     17 Favourited
Picked Upload! This is a picked upload! It showcases some of the best talent and creativity available on MTS and in the community.
The following items are not included in the download:
- 2004 Citroen C3Pluriel by Fresh Prince .
- Invisible Driveway by roddyaleixo
- Nook Seating Living Room Set by moune999 The two-seater is included in the download, but you'll need the three-seater piece for the other pieces to work properly.


I envisioned this house one day when I was browsing MTS and came across WhiteWaterWood's half-height Bohemian Roof pieces. I already had tbudgett's beautifully crafted Pinegultcher doors & windows and alex_stanton's beautiful and realistic tropical plants and trees (all of them), and when I saw the roof, I could see this house.

Clean and white on the outside, the inside is cozy and inviting with warm colors and natural wood and stone. I like to think it's elegant, without being pretentious. If there's an overabundance of red, that's because it was my Sim's favorite color. She eventually fell in love, gave up red for retro, and moved to Pleasantview.

I played it with a single Sim who needed only one bedroom, but it could easily support a family of three or four. It's not a beach lot, but would work well with a view of the ocean. And... can I say this?... it begs for custom content - if for no other reason than to bring the price down. A whopping §148,202!

Additional Credits:
My gratitude to the many artists here at MTS and elsewhere who inspire me to use my imagination for something besides planning dinner. And a special thanks to mustluvcatz for humanizing the uploading process and teaching this old dog some new tricks. *hugs