MerBabies! In Lots of Colors 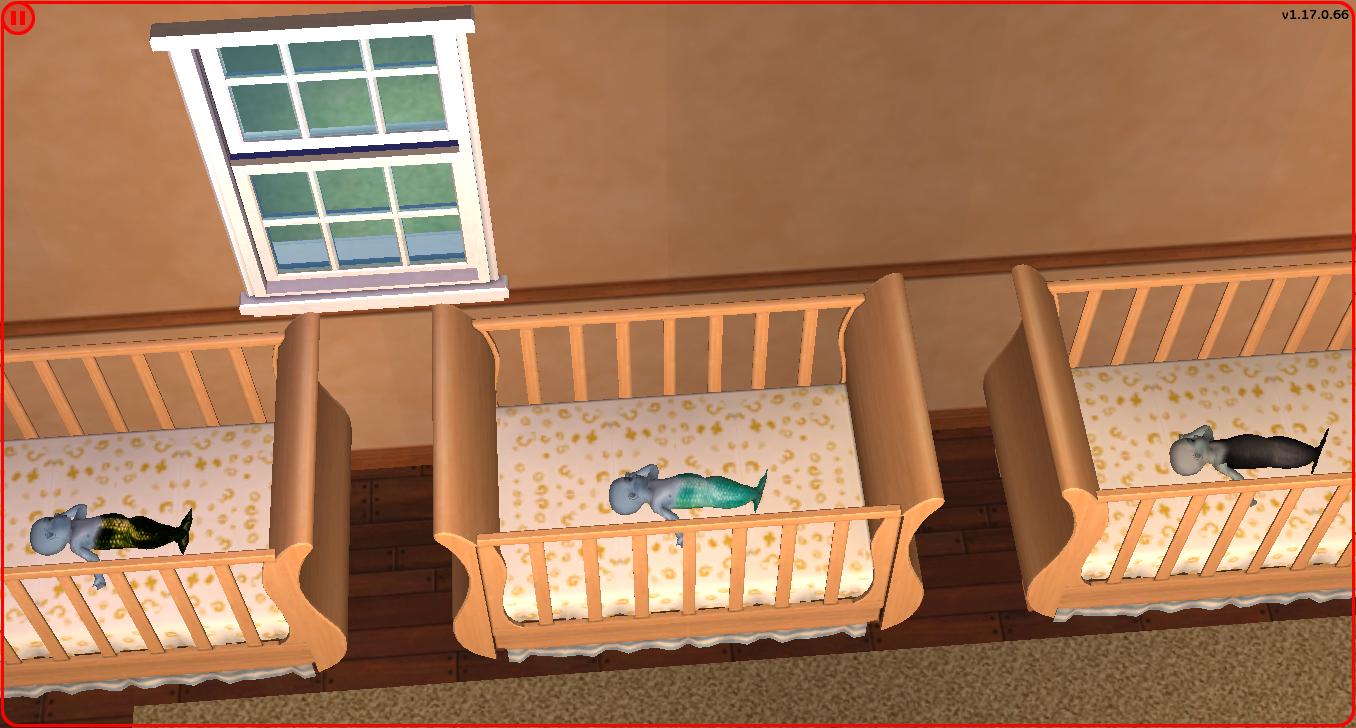 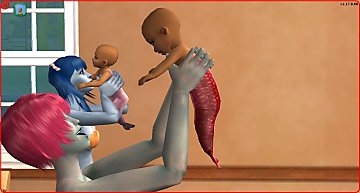 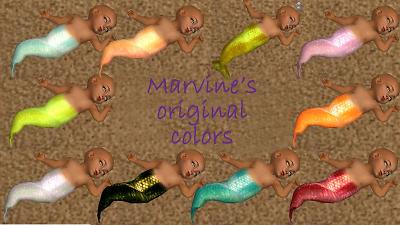 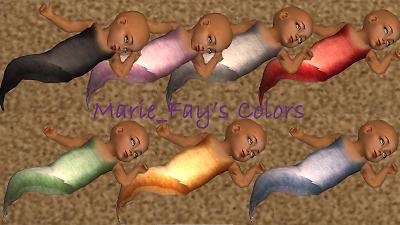 Created by VioletPadfoot View Policy / About Me View all Downloads

The only problem I have with Marvine's Mermaid Mesh set is that the baby mermaids had to look like regular children, unless they had the special mermaid skins, and then only when wet. Or unless I default replaced the diaper mesh to be a tail. And then ALL the babies were MerSims.

But then Chris Hatch discovered how to make non-defaulted baby clothes. And I saw the opportunity to get a bit of variety into my MerBabies looks. So I took the colors that Marvine and BeosBoxBoy originally made for their MerToddlers and put them on to the MerBaby mesh (after I remapped it to work better with the layout of the recolors). And because I like them so much, I also took Marie_Fay's toddler recolors from her Little Mermaid post and did the same.

So I offer you both of these, in Vanilla and Chocolate options, with the choice of Sprinkles!

You can mix and match this around as much as you want, as long as you only have one flavor per color. And sprinkles technically count as a flavor. I have no idea how the BSOK files will react in a game that does not have that "mod" but I do not suggest it. But if you only want two or three of the tails to be townified, just drop those two or three with the townified option and the rest without. All rar Files contain the mesh. All files are named with the original creator's original colors

These tails will in no way replace your default infant mesh. They function just the same as clothing for any other age. The mod described below simply enables you to buy and plan outfits for infant sims just like any other age, a behavior that has been coded into the game since the basegame, but never enabled until now.

To choose your MerBaby's tail, you need to use Chris Hatch's mod, which is attached, since he allows it, and the original is on an adult site. Below is copied the portion of his post that details how to use the mod

The Bodyshape Organization Kit, for those of you who are wondering, is a way to organize the different bodyshapes that have been made. It categorizes them together, useful for keeping your MerTails separate from your land-loving sims's clothes. It too is on an adult site, but is hosted off site by Miros1, here.

My Sims are wearing:
Mertails by Marvine/BeosBoxBoy and by Marie_Fay
Hair by XMSims
Skintones by Marvine/BeosBoxBoy (available from Mermaid archive)
Astiee's Sparkling Flesh Skintone in Blue
Default Replacement eyes that came with Chris Hatch's Unofficial Expansion Pack (Can't link because it's an adult site; and I don't know which ones he used)

Additional Credits:
Thanks to:
Marvine, BeosBoxBoy, and Marie_Fay. They did all the original work. I just edited the mesh and did a few small texture edits
Chris Hatch for enabling non default baby clothing
The makers of SimPE, it got used a lot in this project
thetigerking83 for the Bodyshape Organization Kit. My sim's now have more organized closets than I do.
Other Information

I make things mostly b/c I want them in my game and can't find them elsewhere. So far I know how to make objects, clothing and accessories. I cannot and have no plans as of yet to learn how to make hair or any other Bodyshop content. Mods are also currently beyond my scope of comprehension, but I'm working on them.

I will take requests, but whether or not I choose to fulfill them depends on how easy it would be to make the item (ie. is it knowledge I already have?) or how much I'm willing to learn to make it. Mind you I'm willing to learn a lot. So don't be afraid to send me a PM requesting something.

My policy: You can use any of my meshes or textures anyway you want, but if you base something off of them, or use them in another project, please credit me and provide a link to my MTS profile if possible. Also any part of my work or anything based off of it MUST remain free. This includes putting it in a free section of a pay site. If someone has to pay to get something off that site, I don't want my work there. I'm not making money off this stuff, neither should you.