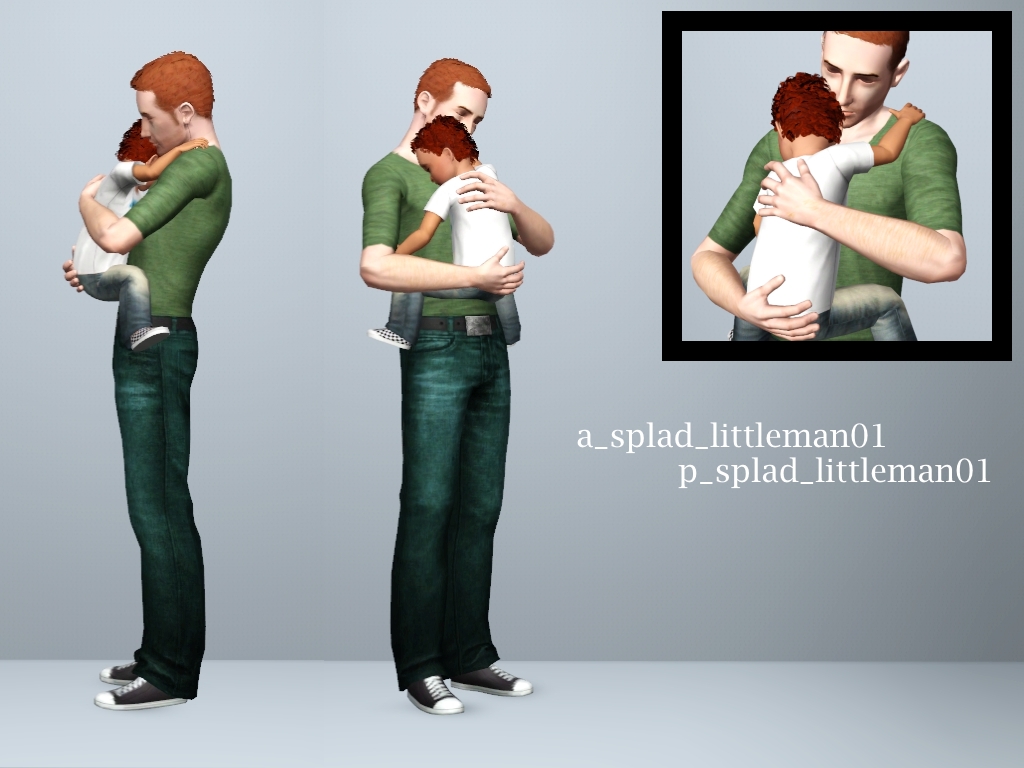 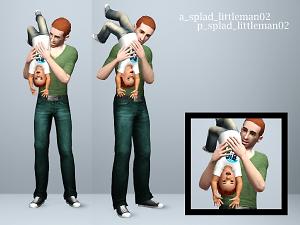 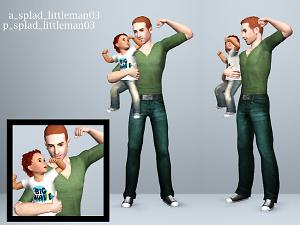 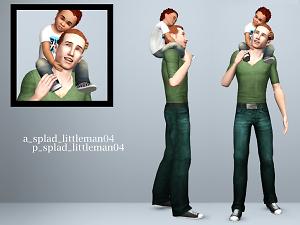 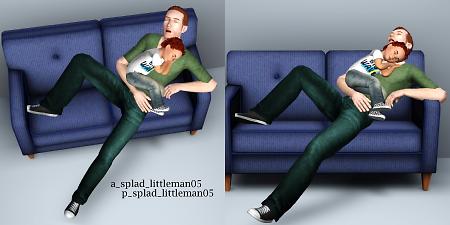 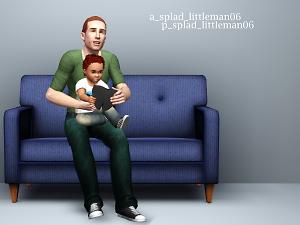 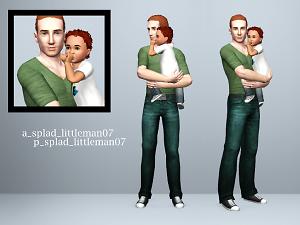 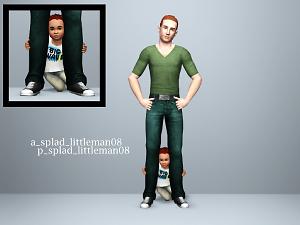 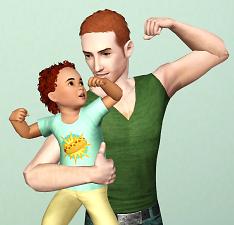 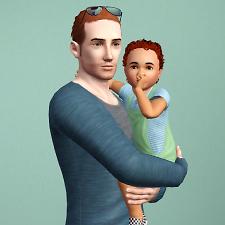 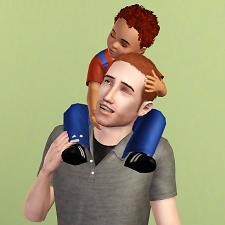 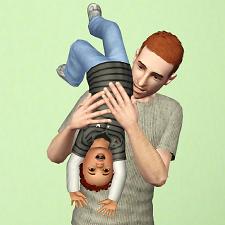 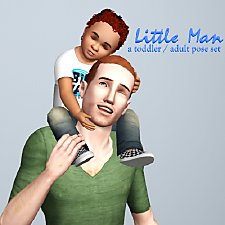 26,057 Downloads 606 Thanks  Thanks 208 Favourited 61,733 Views
Picked Upload!   This is a picked upload! It showcases some of the best talent and creativity available on MTS and in the community.

Created by spladoum
View all Downloads
Uploaded: 12th Jun 2014 at 3:41 PM
*Compatible with the "Pose List" feature of the newest Pose Player!*

This is a set I wanted to make a while ago, but couldn't quite work things out with Blender, sigh

We're still not on the best of terms, but at least we cooperated long enough for me to get this idea produced in time for Father's Day

I made this set specifically with guys in mind, because so many toddler sets seem to focus on moms. Dads love their kids, too!

It's called "Little Man" because little Aidan was my model, but of course you can use it on a female toddler, no problem. Do be aware that some of the toddler poses are likely to warp a dress or a longer skirt.

Pose tags are as follows:

Known issues:
*These poses were designed using a male rig and were not tested with female sims. You can use a female sim, of course, but you may get some undesirable clipping in spots.

And as always, you'll need to use "moveobjects on" to place the sims. When you cancel their posing, they'll lump up together, so make sure to pull the toddler from underneath the couch for poses 5 and 6!


Additional Credits:
Cmomoney for the incredible Pose Player
OrangeMittens for the excellent "Creating Your Own Custom Poses" tutorial
WesHowe for the AnimTool
Mesher for the AM rig, A for the toddler rig
Inge Jones for S3PE Everyone on Tumblr who puts up with my picture spam, and particularly FairsteadSims who helped beta-test! You guys are great!
Other Information

This mod is a custom pose or animation. This means that you will need the Pose Player or Animation Player mod by cmomoney installed in order to use the download in your game.
Archive: Little Man.rar
File: Little Man.package Included Custom Content
Packs Needed
Download files Need help with downloading or installing content? Click here!