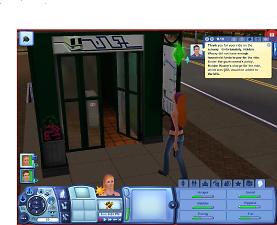 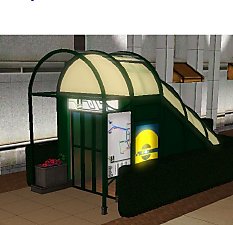 459 Thanks  Thanks     150 Favourited
UPDATES:
11-8-2015
Slightly cleaned up coding. Chatty message whenever you are charged for a subway, is removed, unless your fee is added to the household bills.

Hi everyone. This is the first time I've successfully created a script mod, so I'm so proud to introduce you to my Subway Charge Mod!

FUNCTIONS:
This mod puts a charge on your Sims when they take the Subway introduced in LN. Details are as follows:
- Teens, Adults (and YAs), and Elders receive three different charges respectively, as in reality.
- Child charge coding is contained for those who use other mods that allow children to take the subway.
- Notifications will pop up to indicate that your Sims have paid for the subway ride.
- If your Sims are so broke that they can't even afford subway rides, the charges will be added to their household bills. (As in Figure 1) Figure 1 Sim's subway charge is added to his household bills.

MOD TYPE:
This is a Pure Scripting Mod.

Reminder: Do not touch the kInstantiator tuning.

INSTALLATION & UNINSTALLATION:
Just put the Package inside your Mods\Packages Folder as usual. If you have to uninstall the mod, to be on the safe side, please use resetSim * on your Save files (though it is probably unnecessary). Mod contains basic script error handling.

CONFLICTS:
Conflicts are non-existent. No resources are overriden.

COMPATIBILITY:
This mod is built using Patch 1.63, but should work on any Patch levels. Note that you do need LN to have the Subway System. Without LN, this mod will do nothing.

KNOWN ISSUES:
If you use mods that allow buyable Subway stations, you will find that even if your Sims just go inside a Subway Station and manage the properties (eg buyout the station; collect repay), your Sims are charged.

- I have limited scripting knowledge. The technical detail is that I used the EventType ID kEnteredRabbithole so the mod basically only checks if your Sims enter the rabbithole but NOT take the subway.

- I don't use such mods since I find buying a Subway Station unrealistic.

- Will your Sims actually care about Subway Charges when they're rich enough to buy a whole Subway Station???

ADDITIONAL CREDITS:
- Sleepy Genius for her original fee charging code.
- icarus_allsorts for her long-term help and support, such as guiding me to use Xamarin Studio to code, which is much more streamlined and easy-to-use than VS.
- DouglasVeiga for providing the EventListener code which is very helpful and put me on the right path!