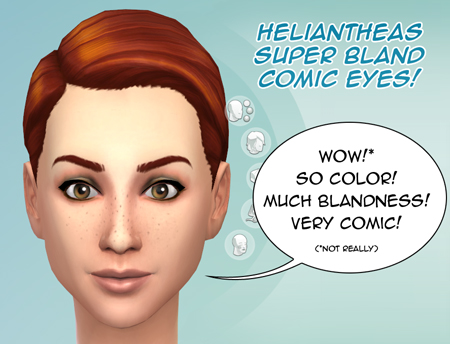 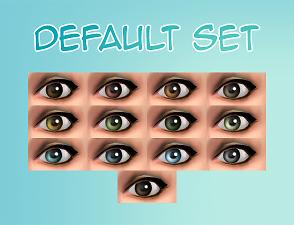 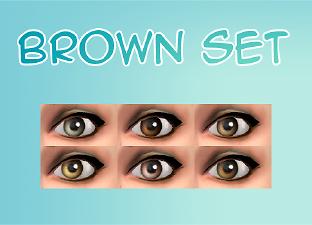 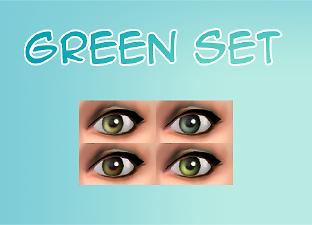 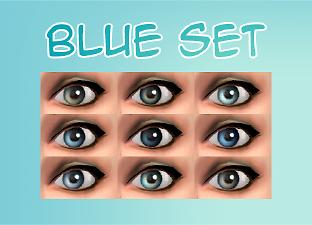 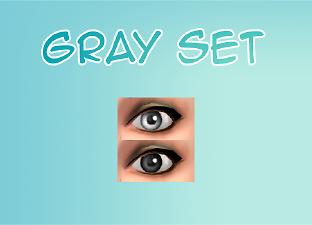 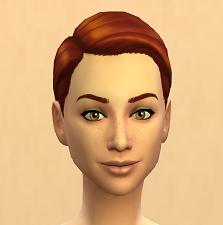 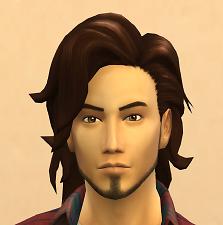 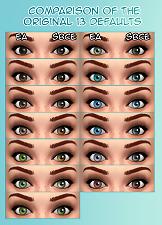 Update 10/03/2014:
Did I hear somebody say „Please Helianthea, help us get rid of the ugly new eye colors that came with 10/01/14's patch! Make it super-duper bland, too“?
Thanks to Granthes giving us a new, updated version of Color Magic (and hey, keep in mind: that was wicked fast!) and Inge Jones updating the dll for s4pe (thanks to both of you, you're absolutely great!!!), I see no reason why I shouldn't.
So, what's new in the file section?

Default replacements
Yay! Replace those fugly EA colors. Pic of the new colors is attached in the picture section so you can get an overview of what awaits you. Comes in two flavors (choose either of these two rars. NEVER have both in your game at the same time!)
Helianthea_SBCE-default-replacements.rar is still the same package it was when I first uploaded it. It doesn't need updating. It contains the original 13 eyecolors, so if you don't have those yet, you might wanna grab 'em along with the new ones (only if you like them, of course

Non defaults
With the 10/01/14 patch, the order of color swatches have been changed, so the original non defaults I made are showing up in the craziest places. For all of you who don't like that (and have their game patched! If not, you won't need and probably also shouldn't download these), there's
And now ... have fun

Update 09/19/2014
I feel like an update is in order.
I've readded the old nondefault packages (all 4 packages are contained in one single rar: „Helianthea_SBCE_all-nondefs-no-genetics.rar“). Here's why:
Since first updating the nondefaults, I've gained some knowledge about the data I manipulated in order to make them inherit properly. While nothing points at this manipulation causing conflict (my game still runs smooth and isn't doing anything weird with the nondefault ingame), I'm still left with many questions regarding how this change actually works, if it might affect something I'm not aware of and what not.
To make a long story short: they work, but I don't exactly know WHY they do. I hope I can give a definite answer about this in the future – so far, I absolutely can't. Which in my book makes them a „work in progress“ of sorts.
I feel it would be unresponsible on my part to not give you guys the option to choose whether or not you want to play your game with content that is not completely understood as of yet, or with content that has proven to work (but just inherits in a stupid way).
So now, you CAN choose.
I'm really sorry about this, if I had known back then what I know now, I would've given you this choice from the beginning.
Update 09/17/2014
Reuploaded all non default packages - they now have proper working genetics and are inherited the same way defaults are (i.e. "50/50 chance for the child to inherit either Parent A oder Parent Bs eyecolor" instead of the crazy "all colors made from the same swatch are a possible choice for your child!"). I've tested this vigorously in the CAS genetic experiment tab, where it worked. My game didn't crash either. And I'm pretty sure if the inheritance works in CAS, it will work ingame, too. So, if genetics are important to you, you might wanna redownload

(the default replacements are still the same, so no need to redownload those)
Special thanks to pikku.titiuu who asked about this in the comment section and thus made me ponder the issue. Wouldn't have found it without you.
Update 09/15/2014
added two ingame screens. She "wears" the first default replacement green; he's got the second non default brown.

Like Sims 4's cartoony vibe, but hate EAs default eyes? I know I do.
Having been a big fan of tamos ultra plain eyes for Sims 3, I set out to achieve something remotely comparable for Sims 4. Nice and clean looking eyes, but nothing on the hyperrealistic side. Something bland. Cartoony. And after at least ten revisions, here's what I finally settled with.

The default eye replacement set contains (no big surprise) a set of default replacements. I've tried to have them somewhat fit their respective swatches, so on their own, they're probably not all that grand. But there's more than 13 different potential eye colors, anyway, so I made 4 additional sets of non default colors:


Note:
In case you already own a couple of non defaults and they happen to share the same swatch as mine, you'll just get a copy of your pre-existing non defaults. Not much I can do against that afaik, just a warning in case you come across this issue.
I've tested all eyes in game, of course, and at least as far as I'm considered they've worked like a charm, apart from maybe the fact that they don't appear in the order I usually wanted them to (still within their confined set, only e.g. the second is on the third place and the third on the second and so on)

Need more information?
Back to download view
128 Comments / Replies (Who?)