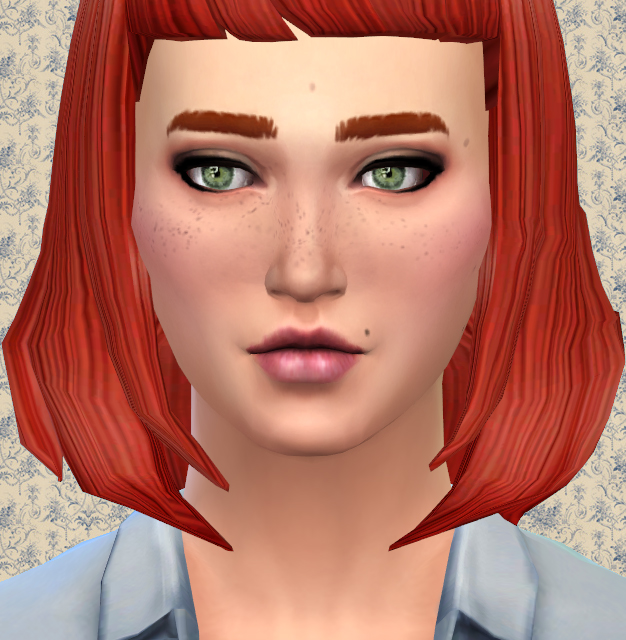 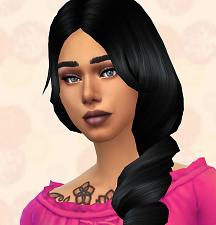 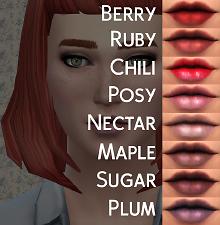 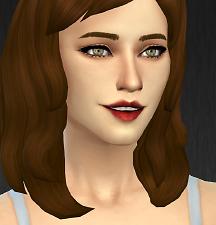 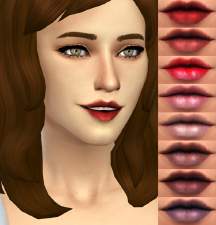 240 Thanks  Thanks     57 Favourited
Before I start: Nymphy's policy is extremely difficult to understand. Some places she says to do whatever with her creations, other places she commands you not to touch them without asking. I have attempted to contact her multiple times, but she has not responded, probably because the last time she logged in to anywhere was over a year ago. Since she says all her downloads are unsupported, I figure it's safe to convert them.


August 7, 2014. The Sims 4 CAS demo appears in my Origin library. It's a gift from the heavens. Upon attempting to recreate one of my ladies from TS3, I notice that the lipstick choices consist of a bucket-filled neon blob and a shiny bucket-filled neon blob. But it's okay--there's probably loads more choices in the full game, right?

August 13, 2014. I'm browsing Tumblr for Sims 4 downloads, and notice that all the lipsticks are weird shiny things you might see on Katy Perry. There's a significant lack of matte, softer lipsticks. I slam my hand on my desk, crying out, I have a void to fill, damn it! All these tinfoil lips are doing nothing to quench my thirst for flattering lip color! I want something bettter! I want something like--like Nymphy's Intense Lip Balms!

September 2, 2014. I find out that the hidden lipstick is just the same neon blob, but set to Screen. I decide to take matters into my own hands.

Several weeks and massive abuse of the Smudge tool later, this comes out. It's the same texture as Nymphy's original, just resized, and with the same colors. The lipstick looks decent by itself, but it looks a LOT better if you use a custom skin overlay, because the EA default lips are so smooth. The swatch colors are a little weird, but not impossible to navigate since there's only 8 of them. Shows up as a standalone item.

Additional Credits:
CC used on models:
Side Curl retexture by me!
Eyes by Simstemptation
Eyelashes by Vampire_aninyosaloh (not sure which tho)
Cleo V2 hair by missfortunesims
Non-default nose freckles by simsiguess
Ephemera E-Skin Fresh 3t4 by Chisami

Nymphy and her amazing original set of lipsticks. She will be missed, and I wonder what drives a person to stop playing Sims...