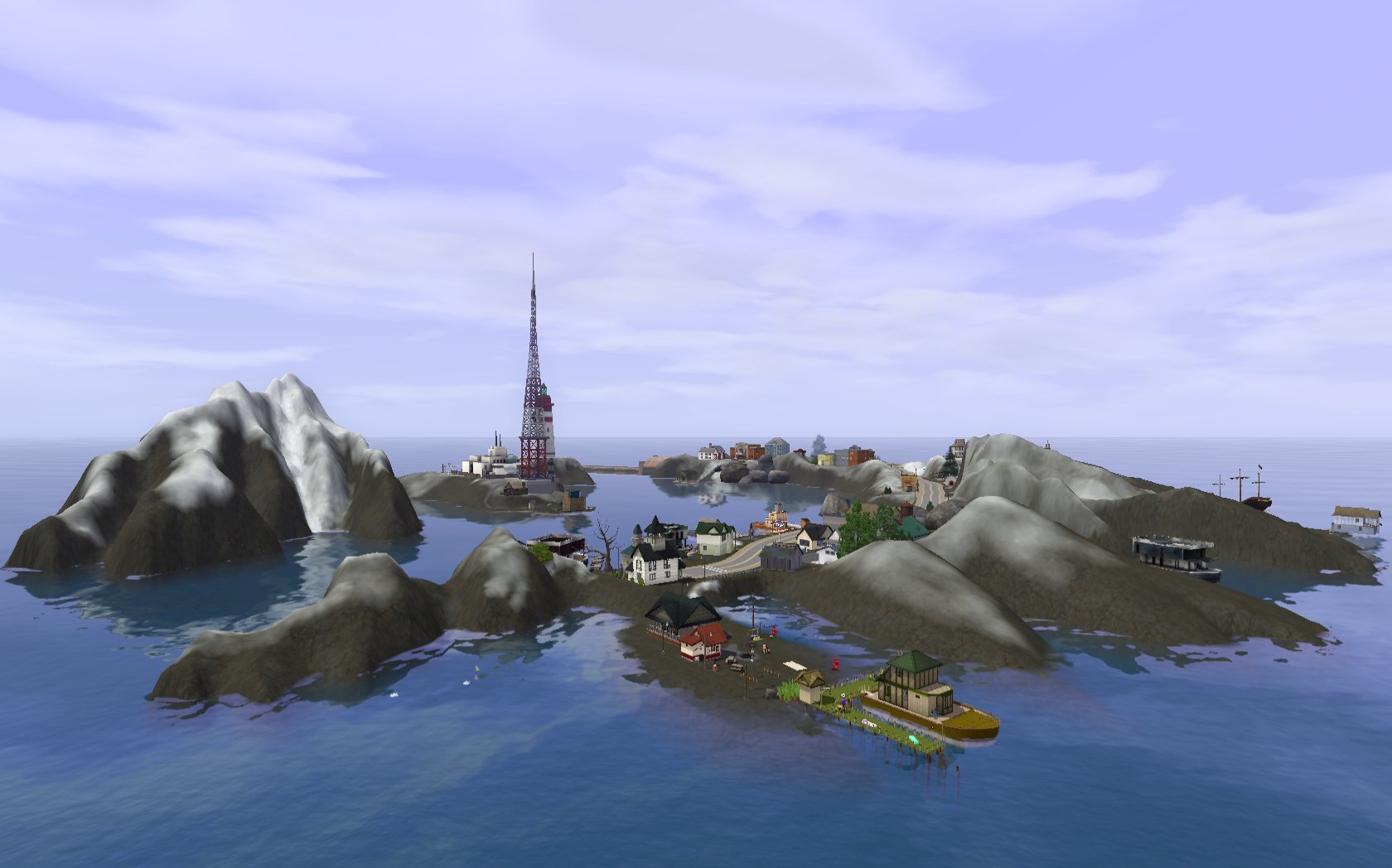 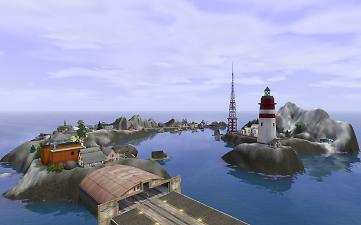 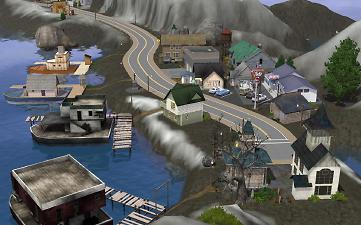 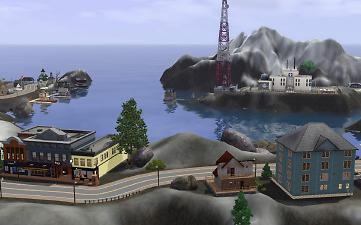 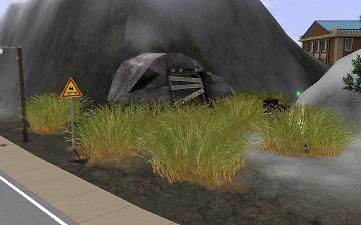 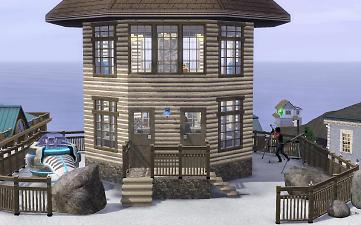 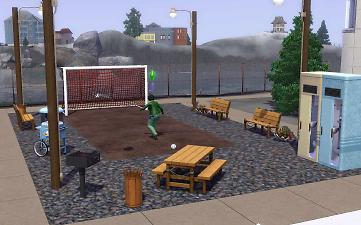 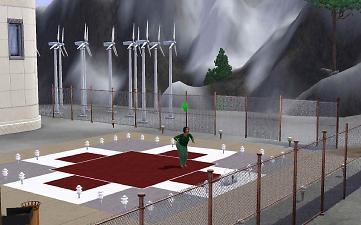 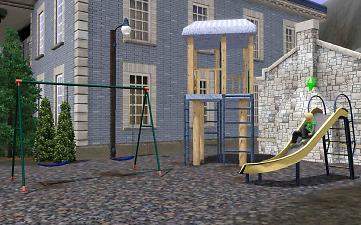 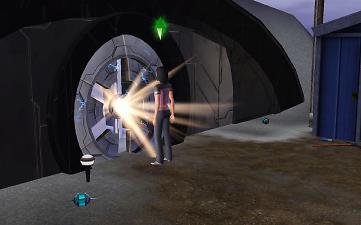 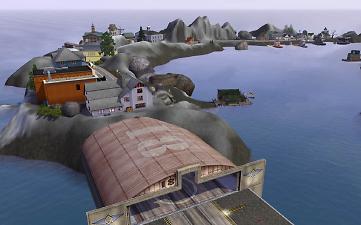 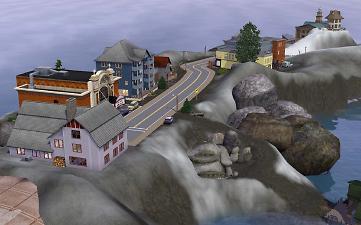 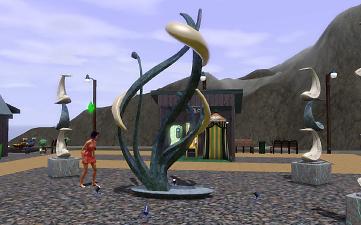 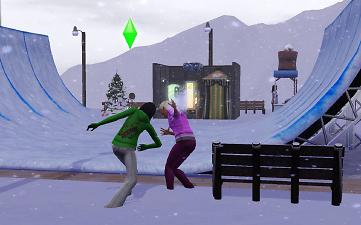 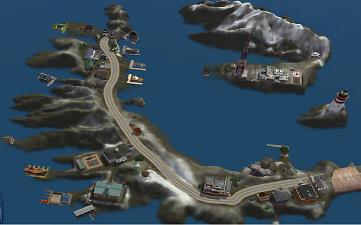 41,609 Downloads 488 Thanks  Thanks 257 Favourited 98,991 Views
Picked Upload!   This is a picked upload! It showcases some of the best talent and creativity available on MTS and in the community.

Created by SimmyRN
View all Downloads
Uploaded: 27th Oct 2014 at 2:55 PM
Updated: 12th Jan 2020 at 9:39 PM
When Thisis Bleake discovered these islands many years ago, they were a bleak place indeed in the far northern reaches of Simplanet. There's always some snow on the ground, even in the summertime. It took a long time and much effort to carve a roadway and erect structures. Most original inhabitants were either banished here or on the run and hiding out. Livings were made by fishing, smuggling, and mining. Times were hard. One day, miners excavating on the tallest mountain found something very strange. Soon thereafter, black-suited "specialists" arrived and the area was cordoned off. No one really knew what was going on up there but it turned out to be a boon for the islands. A state-of-the art hospital and research facility was built, housing was needed, and the local economy got a boost. Bleake islanders never did tell the outsiders, though, about some of the strange items found and things that were happening there.


Bleake Islands requires all expansion packs up to and including Into the Future (World Adventures, Ambitions, Late Night, Generations, Pets, Showtime, Supernatural, Seasons, University Life, Island Paradise, and Into the Future). It may work without some expansion packs but could look different. Pets, Late Night, Island Paradise, and Into the Future are absolutely required for rabbitholes, bars, apartments, and the islands' run down "sci-fi" theme. Bleake Islands is NOT populated.

An original grayscale map of southwest Missouri / southeast Kansas - converted into "islands" - was used to construct the world. Sims can boat around the main island and between islands. The moon rises over the beach.

Bleake Islands is set as a town so will spawn raccoon, pets, and horses. (I just pretend the horses are moose!) Players who have a "no horse spawning" mod can just remove the water trough/feeder at the beach. Since there is no designated "fishing spot" on Bleake Islands, the unicorn does not spawn. However, there are lots of places to fish!

There are two versions of Bleake Islands - one with the "Dry Dock Diner" lot featuring the Hogan's Deep Sea Diner Rabbithole; the other with a Resort Rabbithole lot (the "Hidden Cove Motel/Resort") replacing the Dry Dock Diner lot. This is so players who do not have the Hogan's Deep Sea Diner Rabbithole will not have to rebuild a deck lot. (Deck lots don't seem to work to replace a lot when saved to the bin.) The world with the "Dry Dock Diner" lot is called "Bleake Islands". The world with the "Hidden Cove Motel/Resort" lot is called "Bleake Islands - Resort". Otherwise, the worlds are exactly the same. Although you can download both worlds into the Sims 3, only one world can be installed in the game at a time.

There is NO CC on Bleake Islands. (Checked with CUSTARD.)

From the Complete Barnacle Bay Adventure,(Free when downloaded. Currently $20.00.)

From More Holiday Presents,
From Gifts for the Holidays,. (Free when downloaded.)Most items are decorative. Store items the player does not have will either be deleted or replaced by proxies.
Built with patch 1.67.

Layering: There are 6 layers - Lots, Objects, Spawners, Effects, Trees & Plants, Houseboats & Ports. The Global layer was "cleaned" twice so it contains a minimum number of items.

Textures: 8 in-game textures were used total. Therefore, there are no more than 8 textures per "chunk" anywhere on Bleake Islands.

Routing Info: Sims cannot route up or down steep sides of mountains with the exception of paths/sidewalks which take them to specific lots. The camera can go anywhere on Bleake Islands. There are no "hidden" spots.

Lots: Bleake Island has a total of 45 lots - 25 community, 3 dive, 13 residential (4 residential lots are houseboats), and 4 houseboat ports. There are three empty 10x10 lots for which alternate lots are available (see Comments). All lots are original and built by SimmyRN.


Community Lots (25):
Dive Lots (3) (All Dive Lots have sealife and seashell & bottle spawners):Strange and wondrous things have been seen under the dark water but no one's talking about them either!
Residential Lots (8) (all are starters):
Houseboats & Ports (8):
Known issues:
Thanks:
Making high resolution world maps tutorial.
How to create a world using real-world height data tutorial.
Creating Dive Lots.
Guide to Houseboats in game & in CAW.
simsample's tutorial Cleaning the Global Layer.
MTS modders for CAW Resources.
MTS members for test playing and feedback for Bleake Islands.
HugeLunatic for "cleaning up" and submitting my Creator Feedback thread for upload so that I didn't have to "re-do" everything!
Archive: Bleake Islands.zip

Description: 10x10 lot with 2 story house. Has 1 bedroom with double bed, 2 single bedrooms, and 1 bathroom. Downstairs bedroom could be converted into a nursery, study, bathroom, or laundry. No CC or Store Items. Made by SimmyRN.

Description: Colorful but shabby Elixir Consignment Store on 10x10 lot. Half bath downstairs. Upstairs has storage and office. No CC. Made by SimmyRN.

Description: Arboretum on 10x10 decorated lot. Made for Bleake Islands by SimmyRN.