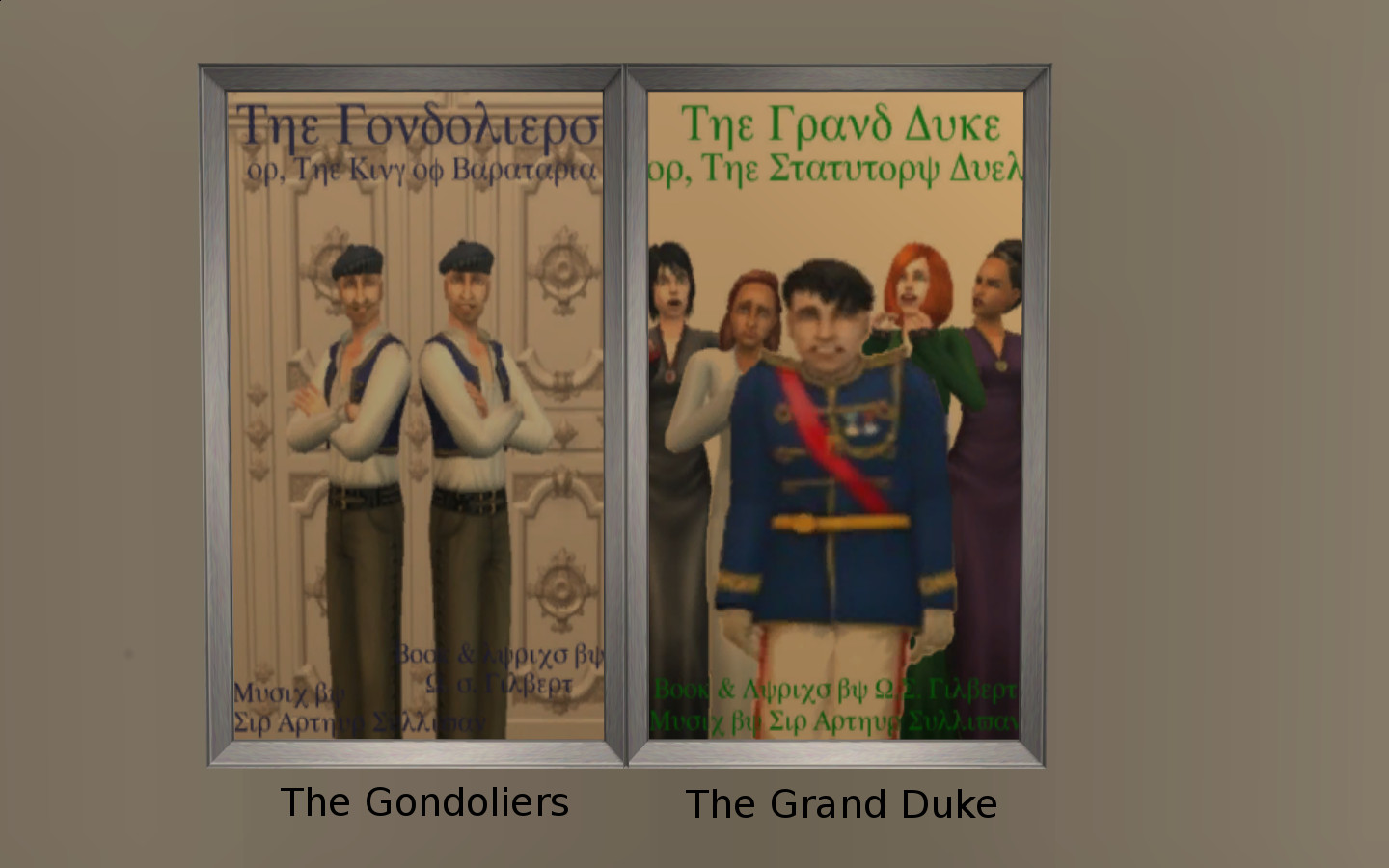 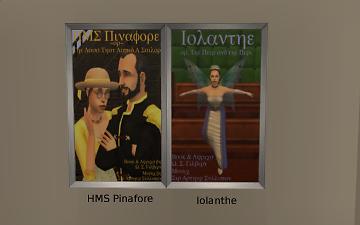 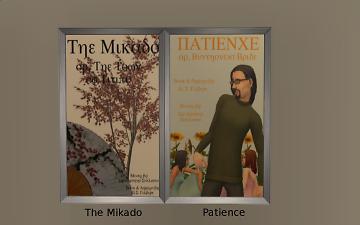 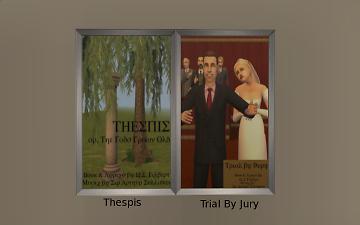 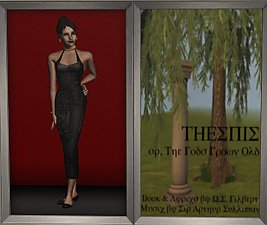 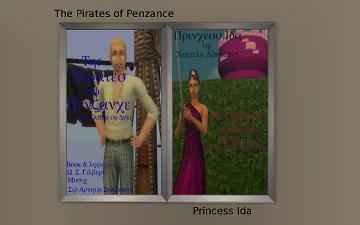 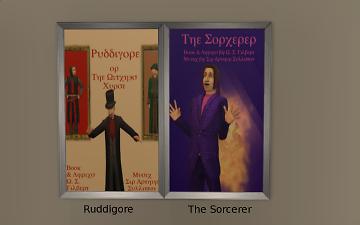 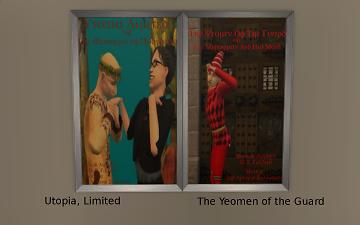 Created by esmeiolanthe
View Policy / About Me View all Downloads
Uploaded: 2nd Dec 2014 at 12:57 PM
A "Savoyard" is a fan of the works of Gilbert & Sullivan, and that describes me pretty well.

Lo these manymany years ago, I made some custom paintings for my Sims to paint and hang on their walls. Four rebuilds later, I am well and truly tired of repainting them, so I learned how to recolor. Then I decided to share!

What you get are fourteen recolors of The Lady On Red, which is a basegame painting. Each recolor is a poster for a different Gilbert & Sullivan operetta -- but a classy poster, like you'd hang in the lobby. Or frame and put in your home, if (like the Sim these were made for) you are a professional operatic contralto who has performed in each and every one of these operettas. (Well, except Thespis, which was so bad that the music was recycled almost immediately, the original score was “lost,” and it was never again performed in either Gilbert or Sullivan's lifetime.)

In chronological order, the operettas are
Thespis, or The Gods Grown Old
Trial By Jury
The Sorcerer
HMS Pinafore, or The Lass That Loved A Sailor
The Pirates Of Penzance, or The Slave Of Duty
Patience, or Bunthorne's Bride
Iolanthe, or The Peer And The Peri
Princess Ida, or Castle Adamant
The Mikado, or The Town Of Titipu
Ruddigore, or The Witch's Curse
The Yeomen Of The Guard, or The Merryman And His Maid
The Gondoliers, or The King Of Barataria
Utopia, Limited, or The Flowers Of Progress
The Grand Duke, or The Statutory Duel

The pictures have the title, subtitle, and the credits "Book & Lyrics by W. S. Gilbert/Music by Sir Arthur Sullivan". The writing is all in Symbol, because I had no Simlish fonts at the time and now cannot find the original files to retype the info. Each recolor is packaged separately, so you can pick and choose what you like. Also included are labelled pictures of each recolor, just in case you aren't as much of a Savoyard as I am.

The Sims in the pictures are all my Sims (born in game or created in CAS), and I did all the posing, costuming, and image manipulation.

Custom content used for these pictures (but in absolutely no way needed):
-Wings in Iolanthe poster are Iridescent Wings by Lucia Carlotta, from MTS
-Jester's clothing worn in Yeomen of the Guard painting is Flamboyant Doublet and Hose by Aligeth, from MTS
-Sword in Princess Ida painting is Warrior Sword by JohnBrehaut1, from MTS
-Uniform worn in HMS Pinafore painting is Final Fantasy XIII Agito – Unisex Uniforms by laaaaaaa, from MTS
--uniform requires the Quincy Uniforms mesh by Izz35178, from MTS
-Trees in Utopia, Limited poster are Castaway Stories conversions by Gwenke at Sims2Artists

Special thanks to celebkiriedhel, Boiling Oil and nanashi for answering my questions about recoloring, and extra special thanks to nanashi for the tutorial -- with pictures!
This is a Maxis Recolour which means that it is a recolour of an item that already exists in your game. Please check the Pack requirements to see which game pack it recolours.

Also Thanked - Users who thanked this download also thanked:
Lamp Collection
by PineappleForest
Potted Plants Collection [Updated]
by PineappleForest
Full Range Shiftable OMSPs - Closer than we've ever been!
by SilentLucidity
a Heap of Decor Items
by PineappleForest
Bespoke Blinds & Curtains
by Honeywell
Under-The-Stairs Storage Set
by mustluvcatz
Updated: Get Where You're Going -- Walk Around & Through Blocks
by SilentLucidity
One-Tile Desks - Variety Pack
by HugeLunatic
Better Bath Shower Curtain Recolors
by Honeywell
Apple iMac - 2 New Computers
by pacotacoplayer
Packs Needed
None, this is Sims 2 base game compatible!
Other Information
Style: