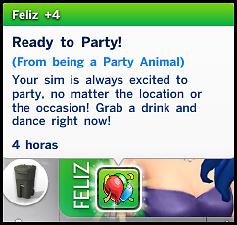 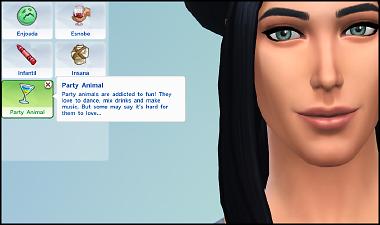 482 Thanks  Thanks     150 Favourited
Hello! This is a simple trait I've made with Zerbu's Buff and Trait factory.

It's the Party Animal trait!
(My own version, wasn't influenced by the Sims3 trait) 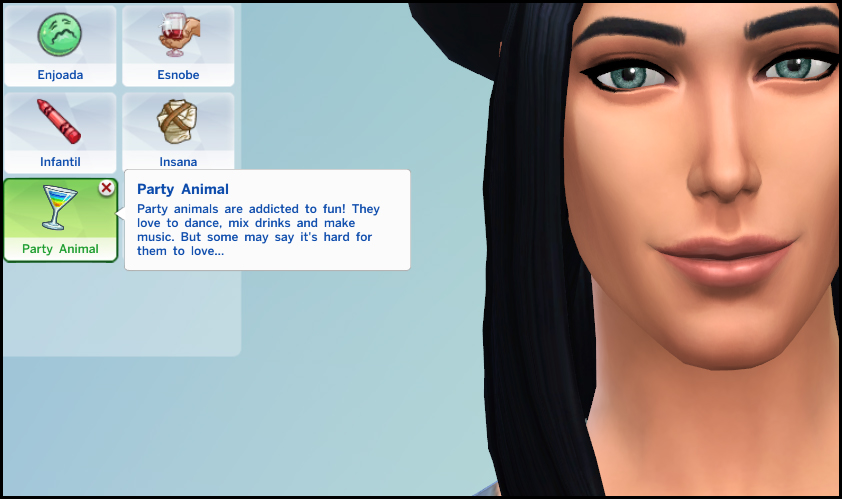 Whims:
- Party-related whims will pop up often, like: have a drink, go to the club, dance at the club, buy a stereo, and so on

Buffs:
- "Ready to Party" moodlet that appears randomly and lasts for 2 sim hours: +4 Happiness, and it increases the effects of the trait while it’s active. 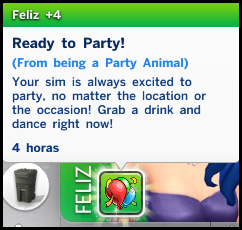 Additional Credits:
Zerbu for the BAT
Creators of S4PE