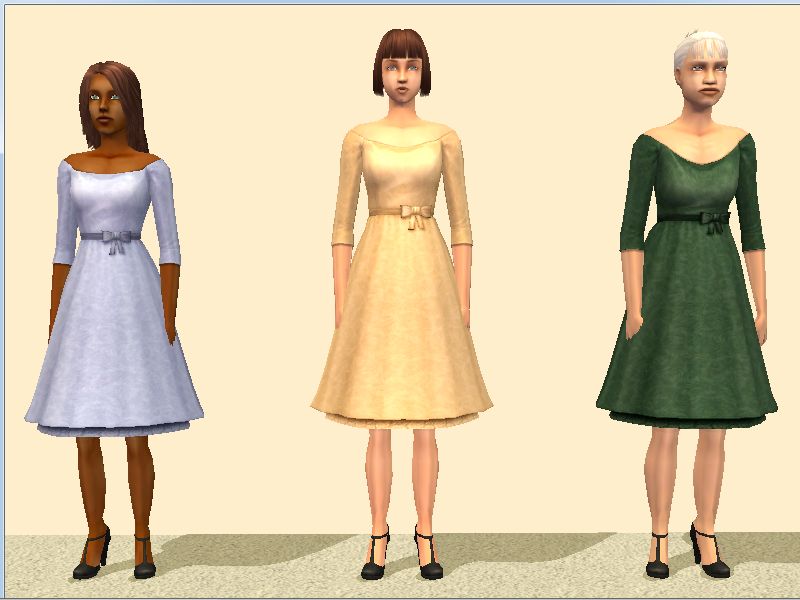 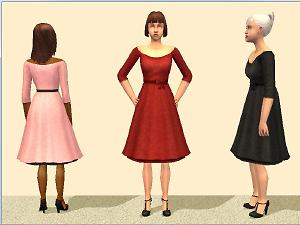 76 Thanks  Thanks     10 Favourited
This is a new mesh recolour, and means that you will need to download the particular mesh itself in order for this to show up in your game. See the Meshes Needed section or read the text for more information.
This is a default replacement for the teen, adult, and elder bridesmaid dresses from Celebration Stuff, using these dresses from Skellington. Tangsims originally used them to make a default for the Celebration bridesmaid dresses, but it is no longer available for download. After someone asked about it in the WCIF, I decided to see if I could use the information that tangsims gave about it to recreate it, or at least come up with something close, considering that I'd never seen it.

These packages replace outfits which appear in Celebration Stuff, and will not work properly if Celebration Stuff is not installed. You can replace the outfits for one, two, or all three ages, and can mix-and-match with other defaults for fbodydressbridesmaid as long as you only have one default for any given age.

I have attempted to contact tangsims through LJ private messaging, but have not received a response so far. I will remove this upload if tangsims complains about it.

Additional Credits:
Skellington, for the textures and meshes, tangsims for the original default, and AutumnDancer, for the WCIF request that prompted me to do this.