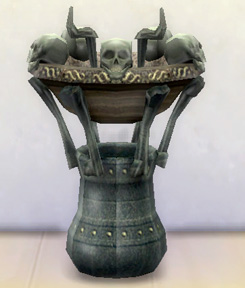 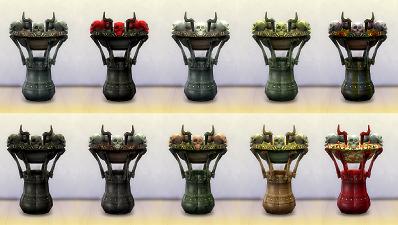 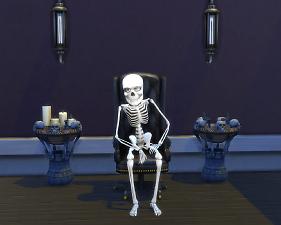 348 Thanks  Thanks     101 Favourited
This is a new mesh, and means that it's a brand new self contained object that usually does not require a specific Expansion pack (although this is possible depending on the type). It may have Recolours hosted on MTS - check below the description for more information.
UPDATE JULY 15 2016: Thanks to EA's July 2016 patch which broke all cc lights (causing them to have a 'script call failed' error message when trying to place them), I fixed the phone-shaped lamp that comes with this table so that it now works again after the patch. If you already have this item, please re-download and just let the phone-lamp dated July 15 2016 overwrite the old version. The table itself is unchanged.

Here's a conversion of that nifty little gadget from The Sims 2 on which your sim could call The Grim Reaper to resurrect a deceased sim. You can't do that in TS4, but you can certainly use it as a nice little end table for your Gothic or Horror sims. 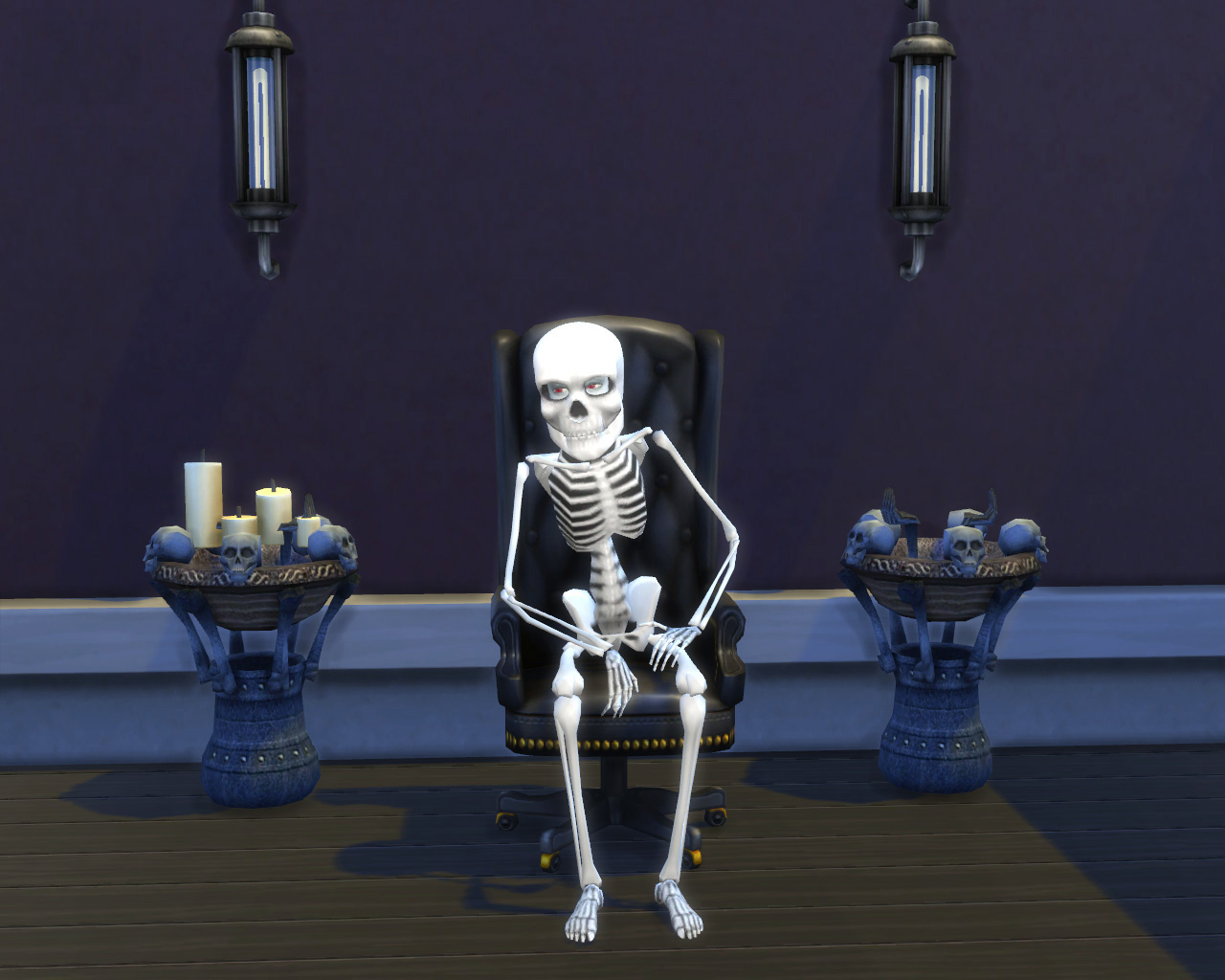 It's found in the End Tables section in Buy Mode, costs 300 simoleons, and is compatible with the in-game Design Tool. It comes in 10 recolours, as below:

1) Original Maxis colours, 2) Red skulls on black pedestal, 3) Original colours but with the skulls whitened and brightened, 4) A green slimy moldy texture, 5) A colourful multicolour pattern, 6) All black for a particularly sinister look, 7), 8) and 9) Three variations of weathered overlays, and 10) A cheerful little skulls-and-roses theme. 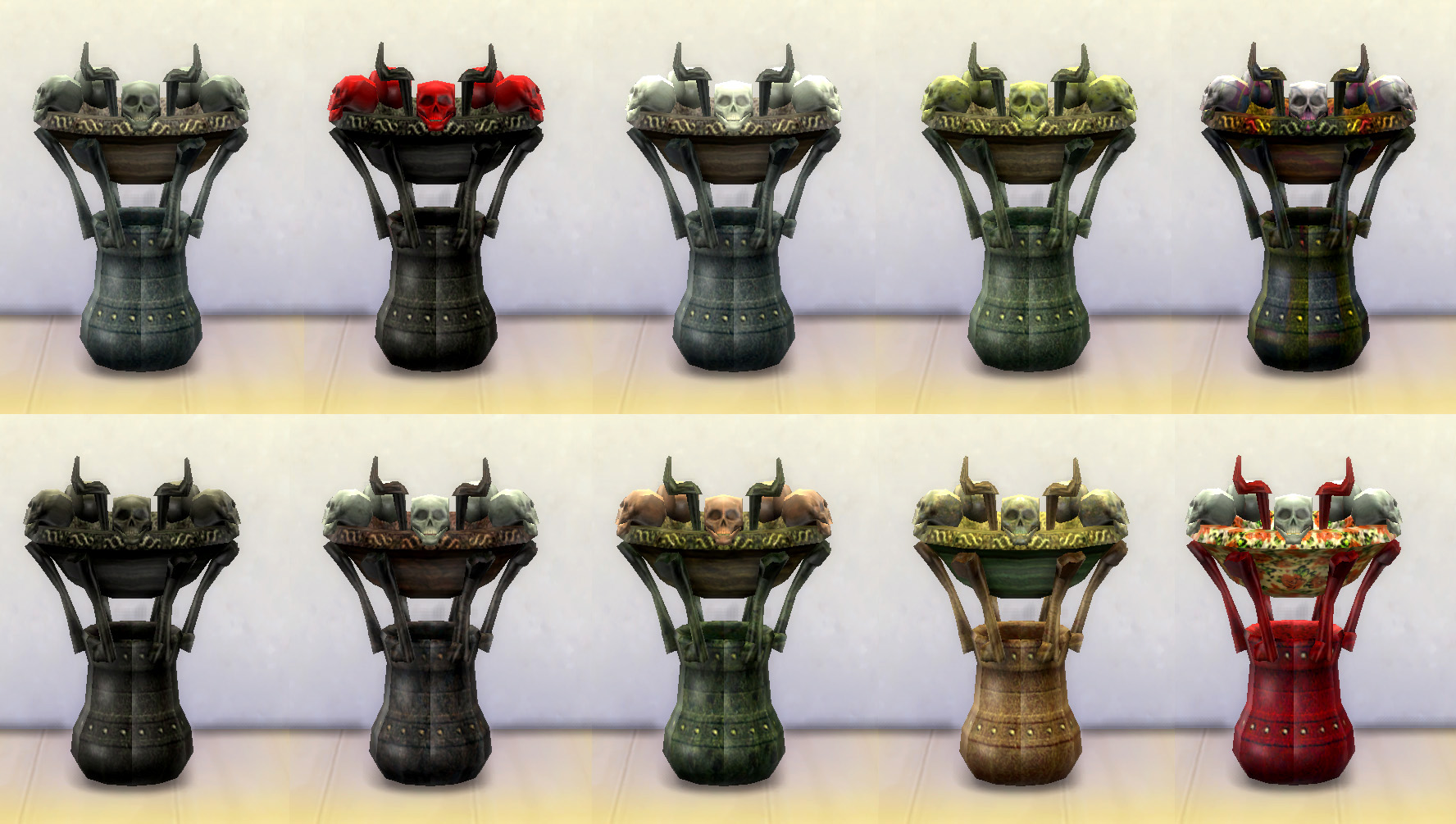 As an end table, it can be used to hold a variety of items in its uplifted hands. Small items can perch inside the hands, while larger items will clip through them and appear to be supported on the skulls instead. Below, it can serve as: 1) A nice little display for a vase of flowers, 2) The green slimy version is good for green leafy plants, 3) A holder for a pile of fluffy pink towels, 4) A Gothic dispensary for a black box of tissues, 5) A TV stand for a spare small TV in your den, or 6) A stand for a boom box for your parties. Or as in the top pic, it can hold a group of candles.

As an added extra, I've also included a conversion of the TS2 phone (as TS4 doesn't come with any landline phones) in order to make the R-o-N look more authentic to its original TS2 function. You can place the phone in the hands of the 'table', to make it look like the original device that you could call The Grim Reaper on. I cloned the phone as a lamp, so that you can set it to glow, and you can change its colour like a regular lamp. That way, you can make it have a little of the red glowing effect of the original TS2 item. It's only a mild glow, but it gives a nice effect in a darkened room.

Below, it comes in white to begin with but you can change it using the lamp menu to set intensity and colour. You can choose orange or red to make it look the most like the fiery effect of the original, or you can just choose another colour such as blue, green or purple if you want another colour effect altogether. The below pics are from a windowless room with the one phone as the only source of light:

The phone is found in the Table Lamps section in Buy Mode, and costs 10 simoleons.

Thanks for looking, hope you'll find this useful for your ghoulish sims.

Thanks to Maxis for the mesh and texture.