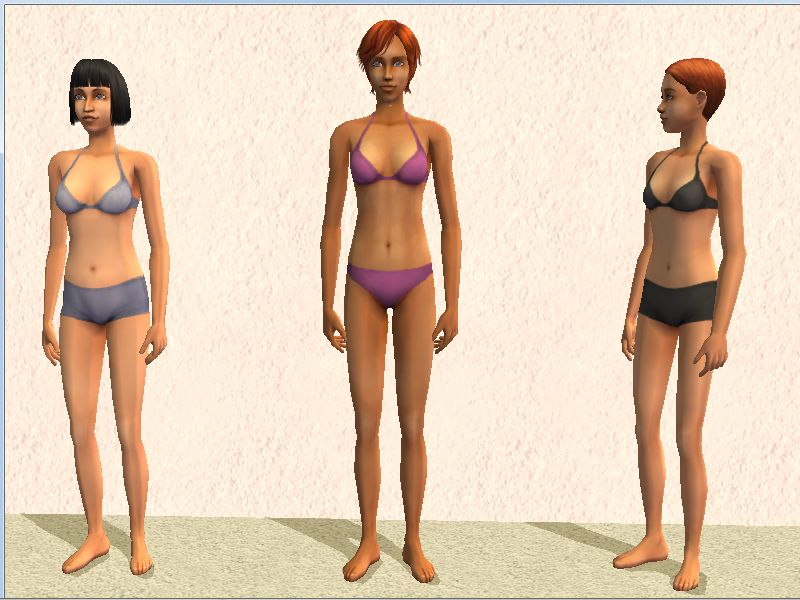 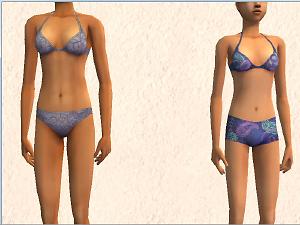 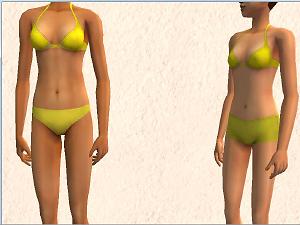 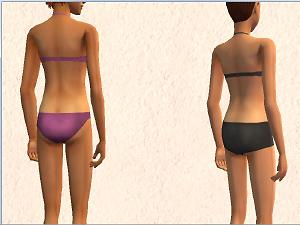 32 Thanks  Thanks     2 Favourited
This is a Maxis Recolour which means that it is a recolour of an item that already exists in your game. Please check the Expansion pack requirements to see which game pack it recolours.
This will replace most of the base game teen and adult bikinis with HP's Fanseefem bikinis. HP made two styles, bikini-briefs and boyshorts, so I made a replacement package for each style. The replacements for the yellow bikini and the boyshorts version of the replacement for the blue paisley bikini are recolored by me; all other replacements are HP's. Custom versions of my recolors are available in a separate rar, with the teen versions texture-linked to the adult versions.

The main rar file contains both the briefs and boyshorts versions, so make sure you only use one. These are texture replacements, so both the teen and adult versions of the swimsuits in these CAS thumbs will be replaced. 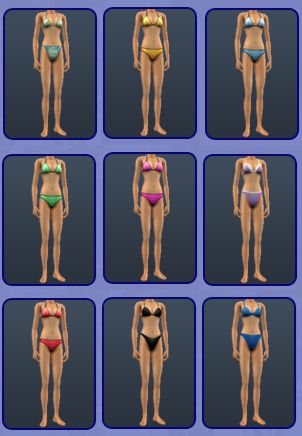 The teen versions of the purple and dark blue bikinis in the right-hand column were left incomplete by Maxis. I made an unlocker for those outfits; using it will allow their replacements to be available to teens.

For the solid colors, the same colors are used for both ages and styles. I have tried to stay close to the Maxis colors. Here's a swatch:

For the blue paisley bikini, I used some of the patterned recolors, so the briefs and boyshorts versions of the replacements have different patterns. Click the spoiler button to see them. 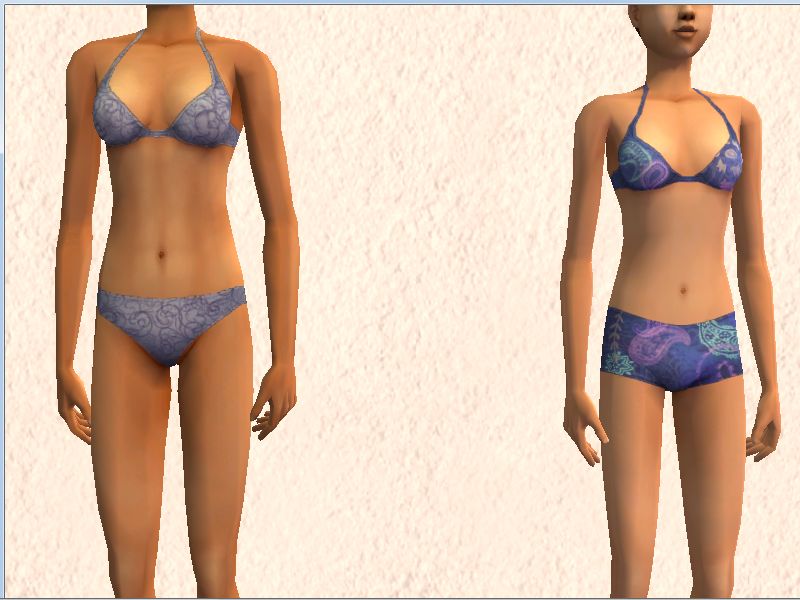 The outfit on the left is HP's light blue with swirls. The one on the right is a recolor of HP's purple paisley boyshorts; the pattern is hers, the color is mine.

Which replacement outfits are available to YAF depends on what, besides University, is installed. If some replacement outfits are not available for YAF, an optional category mod to YA-enable them is in a separate rar file. That rar also includes an optional category mod to set the black and dark blue bikinis (afbodyswimwear_classicbikiniblack and afbodyswimwear_sportbikiniblue) as swimwear only, instead of as swimwear and underwear. See Place in Program Files under the Install Instructions tab for instructions on installing these mods.

While you can only have one default replacement for any given texture, you can use either of these defaults with one that only replaces the adult or teen base-game bikinis. In fact, I have included a rar with adult-only versions of the briefs and boyshorts defaults. You could, for example, use the boyshorts version of the texture replacements and the adult-only briefs replacement to have teens wear boyshorts and adults wear briefs.

Note: HP made a replacement mesh for adults, but not for teens. I used Cat's replacement teen and adult meshes.

Additional Credits:
Maxis, for the original mesh.
HystericalParoxysm, for the textures.
Skellington, for the how-to on taking bumpmaps out of clothing TXMTs.