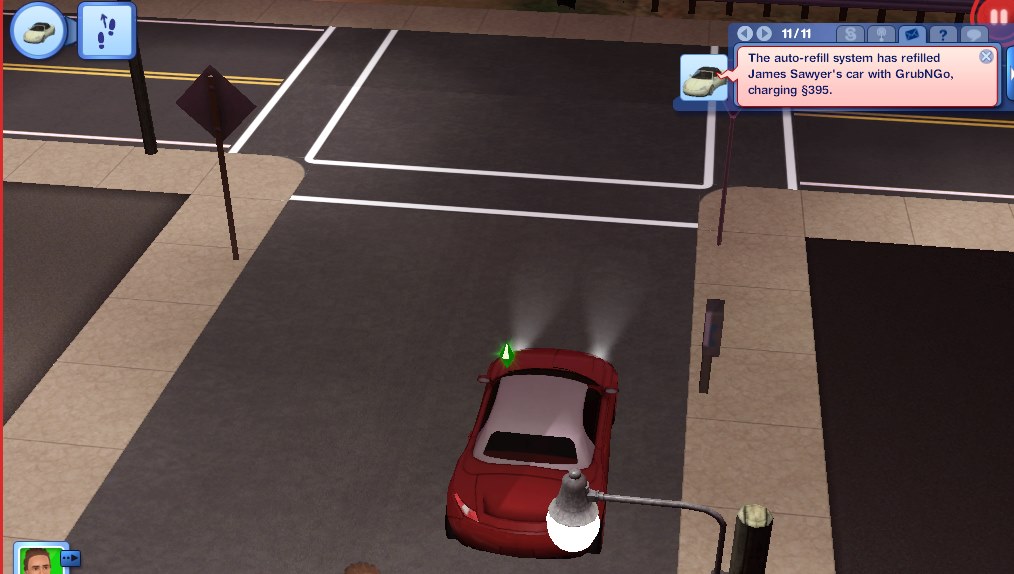 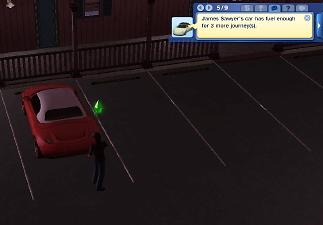 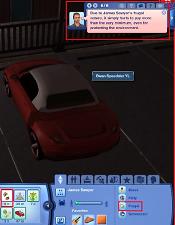 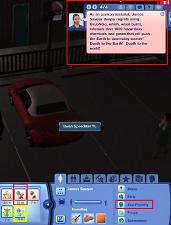 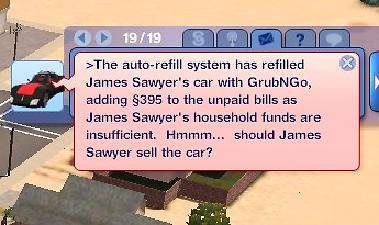 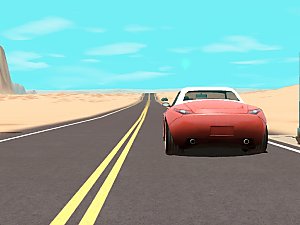 374 Thanks  Thanks     135 Favourited
UPDATES:
24-5-2018
After 3 years I am finally back here only for updating the mod to give a small minor edit: the feature of friendly reminder when fuel runs low returns. (as heavily requested by some simmers haha)
I do apologize for my absence in a long time. It is likely that I cannot do further updates for my mods because I don't feel familiar with the coding anymore. But if I do want to come back, I'll let you all know!

22-9-2015
Fixed the cheat, so existing cars in the world will have their records kept properly, however, if you run it in world A, those cars which had entries in world B will be cleared out as well. Well, this shouldn't matter too much (will anyone even try to remember how much fuel all his cars had before??? Seriously??)

And as the icing on the cake scooter now need fuel too!!

Honestly you shouldn't need to use it very often. I chose to make it a cheat instead of a recurring cleanup, because you should seldom have the need to sell and rebuy a car (or do you???)

12-9-2015
Deleted the OnObjectSold part which was causing a tremendous amount of script errors. Apologies. Inserted a half-baked, "post-beta" (uhm...?) cheat called SimsmatthewPetrolClear and when used, clears all fuel amount entries (as if the system was never activated for all cars, like when they are first created and not driven at all). My coding intended to remain the fuel amount entries for the currently present cars but somehow it failed. I guess there's not a really big point to use the cheat, considering that I haven't really finished working on it and the dictionary (containing the fuel amount entries) probably just won't bloat up so soon.

13-8-2015
Mod now handles motorcycle. For some unknown reasons automated coding just won't handle vehicles pre-loaded, no matter with or without an alarm delay or checking an active Sim's presence. I added a prompt, that you simply click on any of the buttons, on each load of a game, and then the petrol system will be reloaded. So the menu will now be present regardless. Also this mod includes a non-default gas pump object courteously provided by the maker of Wonderland, the recharge interactions are only available when the gas pump is present on lot. You'll have to place it on desired lots on your own, found in Buydebug Misc. It's called Functional Gas Pump.

5-8-2015
I had the idea of how to fix things a long time ago but I was too lazy to implement it, finally now I have got around to fix it. Now the menu will not appear immediately when a savegame is reloaded, but just after one ride on it, it will appear. This may be a problem for cars saved to have no more more journey left (as it forces a recharge as soon as you ride again) but at least I call it a decent fix, better than forcing a recharge no matter what, I'd say

Implementation for motorcycle is being coded, will be released.

3-6-2015
Sorry guys for the delayed update, it's been painful when both of my recent uploads call for fixing!

Now the mod should work properly - data survive save and reload.
A new interaction Check Fuel Amount is added and you now don't get the fuel amount notification every time when you drive.
Polish translations need to be redone due to an added string.

---------------------------
Introducing the Cars-use-petrol System script mod, which will probably satisfy the wish of quite some Simmers (including me) to make vehicles use petrol. When it runs out, your Sims will need to recharge the cars.

MOD FUNCTIONS:
- The records of amount of petrol left are only kept for active household vehicles to reduce data usage.

- Petrol is deducted by 1 unit when a Sim uses a car once, regardless of the distance or time travelled.

- By default, 25 petrol units are provided upon start / when recharged. (TUNABLE) 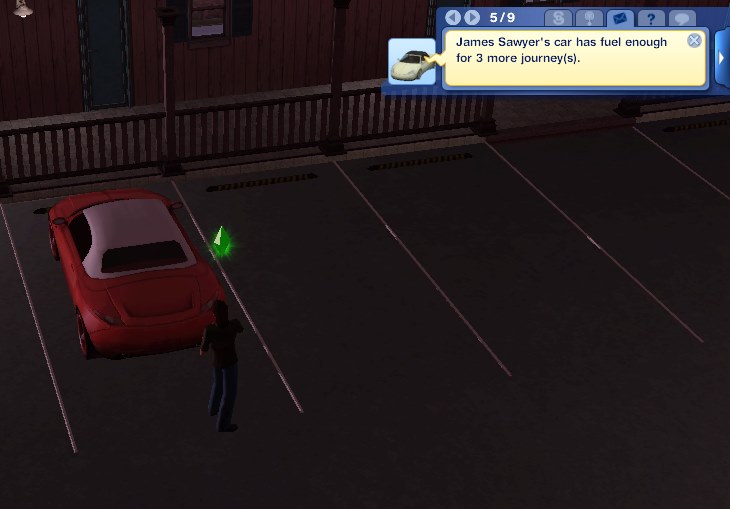 - Sims can recharge their car anytime, anywhere (but not when the car is newly added as yours). You can only recharge your own cars, but not anyone else's.

- Recharge is only available if the household funds are enough to cover the costs.

- There is a crappy animation (reused from EA ones, the one for cleaning toilet without the brush) for refilling the fuel. Sims will most likely do the "route fail tantrum stomp" but they will still route to the car and recharge successfully.

- Eco-friendly Sims only prefer the eco-fuel. If they use the normal one, they will get a negative moodlet "Wasting Natural Resources" with -15 mood for 3 hours.

- Frugal Sims only prefer the normal fuel. If they use the eco one, they will get a negative moodlet "Got Ripped Off" with -15 mood for 3 hours.

- Non-frugal Sims (whether eco-friendly or not) using the eco fuel gets a positive moodlet "Saving the Environment" with 15 mood for 3 hours. 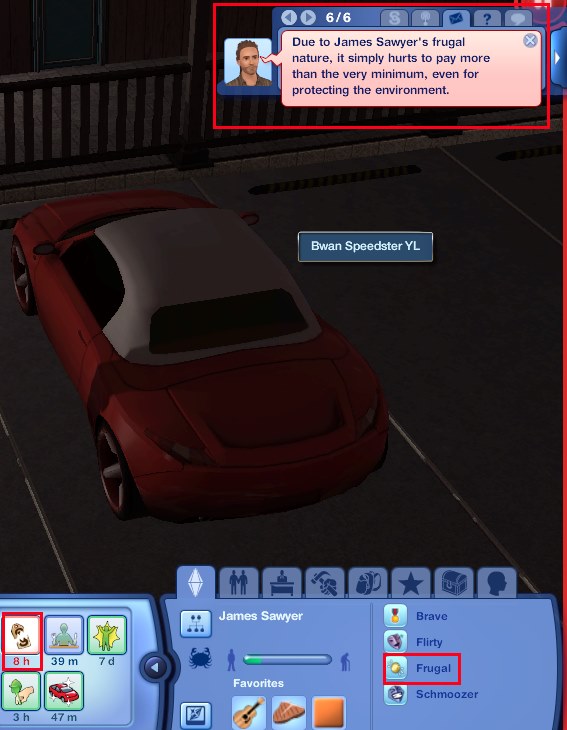 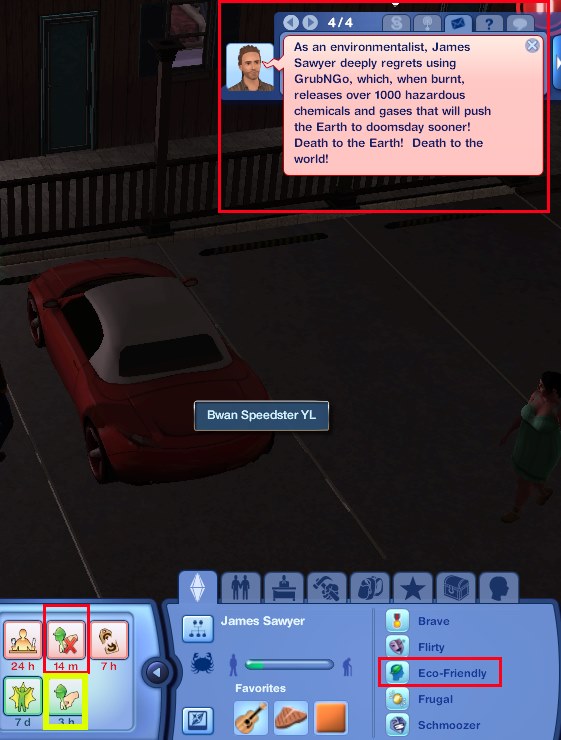 - Sims who forget to recharge their cars will have their cars auto-recharged on their next use after emptying the fuel tank. Normal fuel will be used, and appropriate moodlets will be applied as in the above situations.

- By default, auto-recharge costs 395 simoleons (tunable). If Sims do not have enough household funds to pay (then don't buy a car!!!

), the 395 simoleons will be added to the unpaid bills.

MOD TYPE & COMPATABILITY:
This is a pure scripting mod made under patch 1.63. It should work on any patch levels but I cannot guarantee. As such, conflicts are next to non-existent. Ambitions is required for the two environmentalism moodlets.

TUNING:
As mentioned, you can tune the amount of fuel recharge and the costs inside the XML file by opening the package with S3PE.

INSTALLATION AND UNINSTALLATION:
Install as usual. It's better to use resetSim* before removal to ensure no one is doing the recharge action. Otherwise, use NRaas ErrorTrap to clean up the interactions.

TRANSLATION:
STBL file is provided. Translators please edit the text inside the <STR> tags only. (Though I am not sure if I am hard-working enough to update the translations).

ISSUES:
Crappy animation for recharging.
Fuel usage not determined by distance travelled by car.
Moodlets are EA ones so their descriptions are irrelevant. I am lazy to make new moodlets (there is one concern in fact, that currently a lot of moodlets already have to be loaded including those from EP, Base Game, and the store).

ADDITIONAL CREDITS:
Wonderland (Who's the creator???) for an easy to load world with ROADS! S3PE Simmers whom I get inspiration from (in various sources, that is)

See: Game Help:TS3 CC Basicswiki for a full guide!
Back to download view
94 Comments / Replies (Who?)