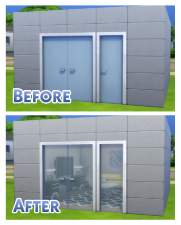 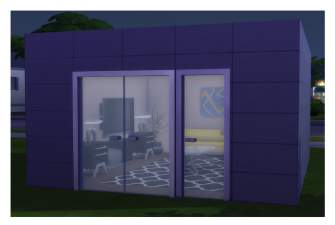 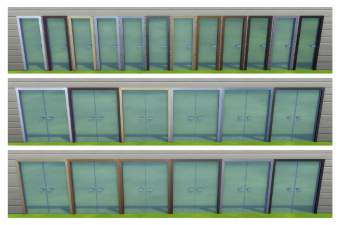 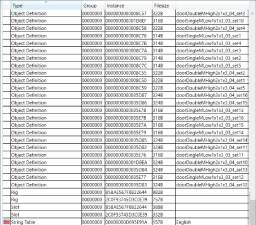 Created by Menaceman44
View all Downloads
Uploaded: 6th Jun 2015 at 3:23 PM
Updated: 30th Jun 2019 at 6:45 PM - File update
Description
Ever noticed how the base game door "Simple Glass Double Door" isn't actually made of glass? Or how the "Stark Front Door" appears solid but allows light to pass through it? How both doors only have different frame colours but not panel colours?
Well both doors SHOULD be made of glass but because of the way EA meshed them, it didn't work correctly.

Info
The file I've made replaces the door meshes so that the glass texture can now work correctly as well as a few other fixes. 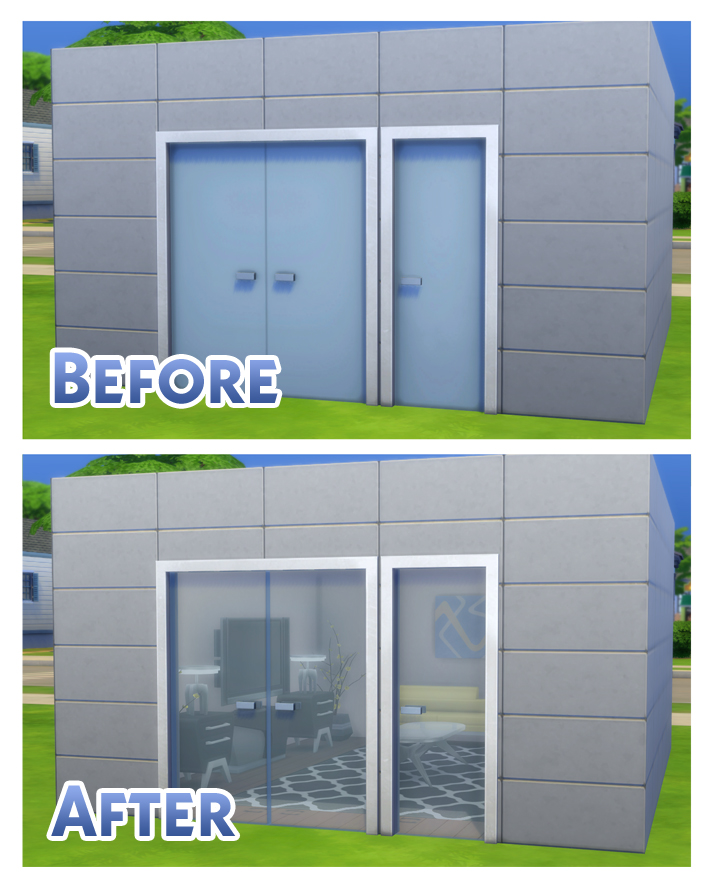 The shadow meshes have also been replaced so that they now do not cast a shadow where the glass panels are. The LIGHT resources for the doors have also been altered to allow light to pass through as with other EA doors that already do this.
The catalogue thumbnails have also been updated to reflect the changes. 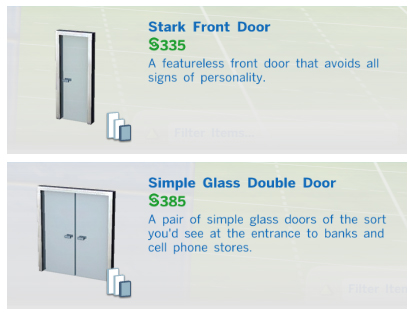 Notes
Any doors already placed in your game will pick up the changes as soon as you install this mod. You shouldn't need to sell and rebuy them.
To uninstall, just delete the mod and your doors will revert the next time you load your game.
As these are default replacements they will conflict with any other mods that alter these doors. As the list of resources is so large I have attached it as a series of pictures at the end of the attachments.

Updated 30/06/19
The files have now been completely rebuilt from scratch to make them compatible with the additional colours added in the June 18th Island Living patch as well as to improve their visual appearance.
Updated 06/08/16
The doors now correctly allow light to cast into rooms when placed on external walls.
Updated 28/06/16
The file has now been updated to include the black frame options that were recently added by EA in the June patch. This version also fixes the colour tags which I missed before.
Updated 15/03/16
Fixed an issue with the fourth colour of the single door flashing red at furthest zoom and enabled double door transparency at a further distance.