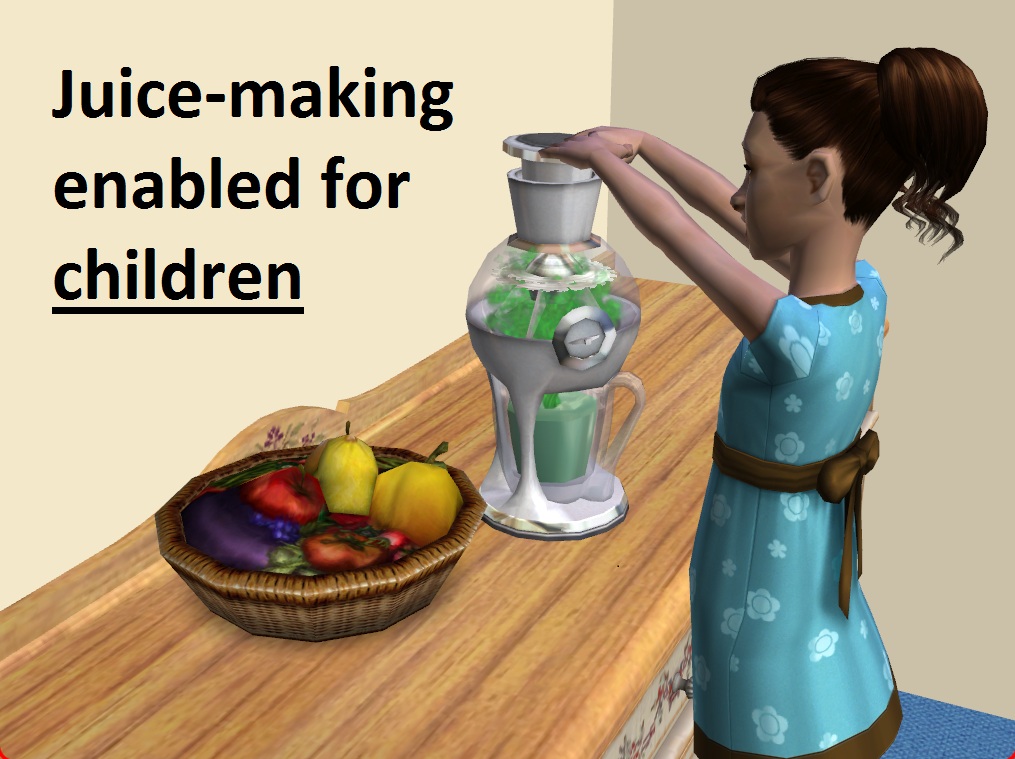 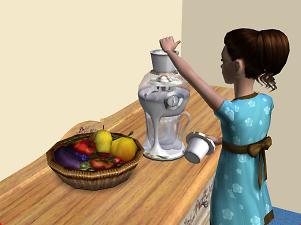 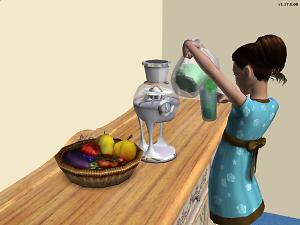 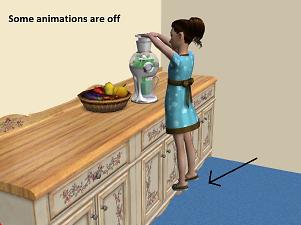 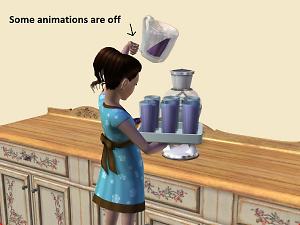 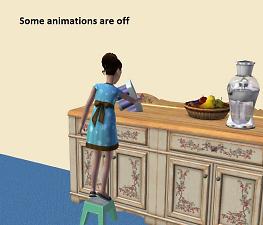 352 Thanks  Thanks     54 Favourited
Does it irk you that Sim-children aren't trusted to handle the juicer? Do you wish they could drink juice, but are reluctant to make an entire platter of juice? Well look no further!

I recently started using the juicer again, and it really bugged me that Sim children are excluded. Adding fruits and blending is not that hard, and who should drink juice if not children? Having to make an entire tray uses so much produce, and the tray can't be put in inventory to store for later. No good Maxis!

Off I went to fix it, and fortunately it was an easy fix. I have enabled the interaction Make Juice and Serve Juice for children, but I have not altered the animations. I haven't, because I don't know how, and because I don't personally feel it's necessary. What does this mean? It means that children will float above the floor while making the juice, and that during the process the hands and objects might not align properly. I've added a few screenshots to show you examples of this, but aside from the floating most of the animations look nice enough to me

But if that kind of thing really bugs you, then this might not be for you.

This is a global fix. Requires Seasons.

Conflicts
This will conflict with any mod that alters the pie menu of the juicer, for example jfade's Juicer Tweaks and mike_1102's Infinite capacity juicer. I personally use jfade's version, and I made an edited version for my own game. I don't feel comfortable uploading such an easy fix without clear permission, and I haven't been able to find his policy and he hasn't logged in for months. I compromised by posting a link with the edited version in jfade's upload-thread over at MATY, so if you'd like this but with jfades version, head over there instead. (Dropbox stopped support for shared files, and MATY won't let me edit my post to switch out the links, so if you want jfades version get it on simfileshare).