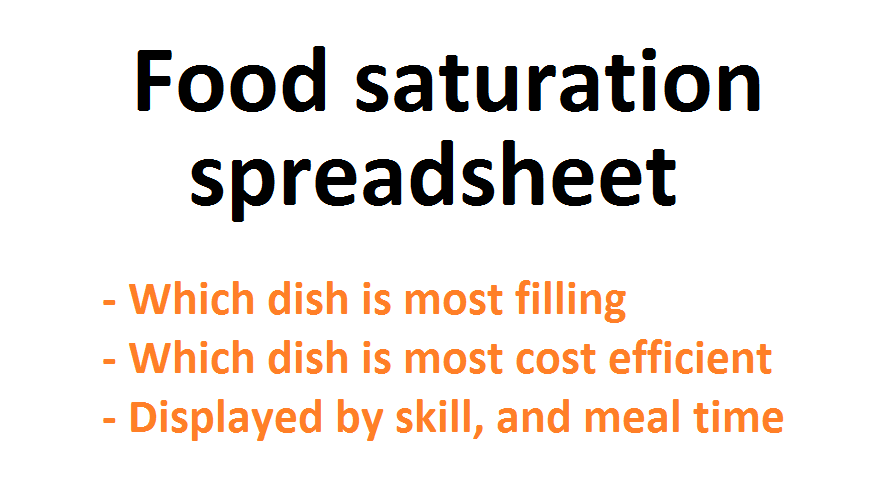 102 Thanks  Thanks     10 Favourited
I've got a slightly weird upload for you all today, but bear with me, allow me to explain. A while back I decided to create a challenge for myself to play the game a little differently. With use of a variety of mods, I created Sandra and Andy Askersson, a young adult couple, straight out of CAS. They immediately purchased the neighbourhood farm, and adopted two toddlers. I thought it would be fun to try and juggle university, taking care of toddlers, and running a farm (with a rather heavy mortgage to pay off, so no slacking!).

As I expected, it became quite a struggle to get everything done. What I had not expected, was how much hunger would affect my choices. With their non-existant cooking skill, choice of meal was very limited, and meals were not particularly filling. Often they had to eat two plates in order to get out of red/orange hunger, and that took time they did not have. As they struggled along, earning a few cooking points, I realized I had no idea which food was best. Which meals would provide the most saturation with a single serving?

Luckily for me, I came across a food guide once upon a long time ago, created by Steve Bonham over at The Sims Resource. It lists most of the maxis dishes, detailing how filling they are, as well as what cooking level is required to cook it (amongst other things). But the way it's set up does not make for quick consulting when your Sims are hungry. I decided to make a spreadsheet, that I could look at and quickly determine what food would be best in different situations. I know I'm not the only one who might set up my Sims in rough situations, so I thought this may come in handy for more people.

It is written in Excel 2007, in the format xlsx. You will need a program of some sort that is capable of opening that file format.

What kind of question could I find answers to?
- What is the most filling meal my Sim can make right now?
- Which is the best meal for breakfast/lunch/dinner?
- My Sims aren't that hungry, but I want to feed them now, which meal is the least filling?
- My Sims are poor, what should they eat to save as much money as possible?
- Should I order pizza or chinese food for the hungry party guests?
- Should I cook group meals and store, or single meals? What costs more?
- I want to make my Sims fat, what should they eat?
- The headmaster is coming! What do I serve him? (I believe food saturation affects how much he likes the meal, but I have no proof of that)

Things to take into account when using the spreadsheet
How filling something is, depends on several factors. Each food has a base rate, the saturation of that particular dish. But that number is altered by what equipment is used to cook it (stove, fridge, counters, appliances) as well as who cooks it (cooking skill level). The data in this spreadsheet only takes into account base rate, which means the actual numbers in game will almost always be higher. Although the actual numbers for dishes won't be exact, the relations between them remain the same. The same Sim with the same equipment will improve each dish the same amount, so the information can be used to compare dishes with each other.

The exception to this are the things that do not involve cooking, suck as snacks, instant meals, and ordered food. By this spreadsheet they may appear quite attractive choices, because their base values can be high, but keep in mind that they will receive no bonuses and may end up being worse.

Cost efficiency is based on how many food points each dish takes from the fridge. It's the same for grocery and produce, so it applies to both. Data was taken from the food guide. I've only cross-checked a few in-game but they all matched, so I trust Steve knew what he was doing.

What does this spreadsheet not contain
While I would have loved to include things like juices, or how produce affect saturation, I don't have that data.

This food guide you keep mentioning sounds awesome, where can I get it?
Courtesy of jhardyrulz who found it, here is a link to the original food guide by Steve Bonham at TSR.

If anyone knows where to find the pdf-version (which is what I used), links to that would also be appreciated.

What are these weird nonsense-words?
I originally made this for me, which means I wrote it in Swedish. I've gone over it multiple times to replace any Swedish with English, but it's possible I missed some word somewhere. If you find a weird word, or perhaps a typo or some other mistake, let me know and I'll fix it.

What the frac gummilutt, this has nothing to do with Uni!
No, I guess it technically mostly has to do with food. Most people playing Uni will never need to think about cooking food, since their Sims most likely live in dorms and have a cafeteria worker preparing food for them. But I originally created this for me, for a uni-based situation, so I decided that it counts any way. All those hard-working students who have jobs and a family on the side deserve to know what food to make themselves so they won't have their studies disturbed by the Grimrepear.

Additional Credits:
Steve Bonham at TSR for the food guide I got my data from.
jhardyrulz for finding the food guide, so that I can link it for you guys.