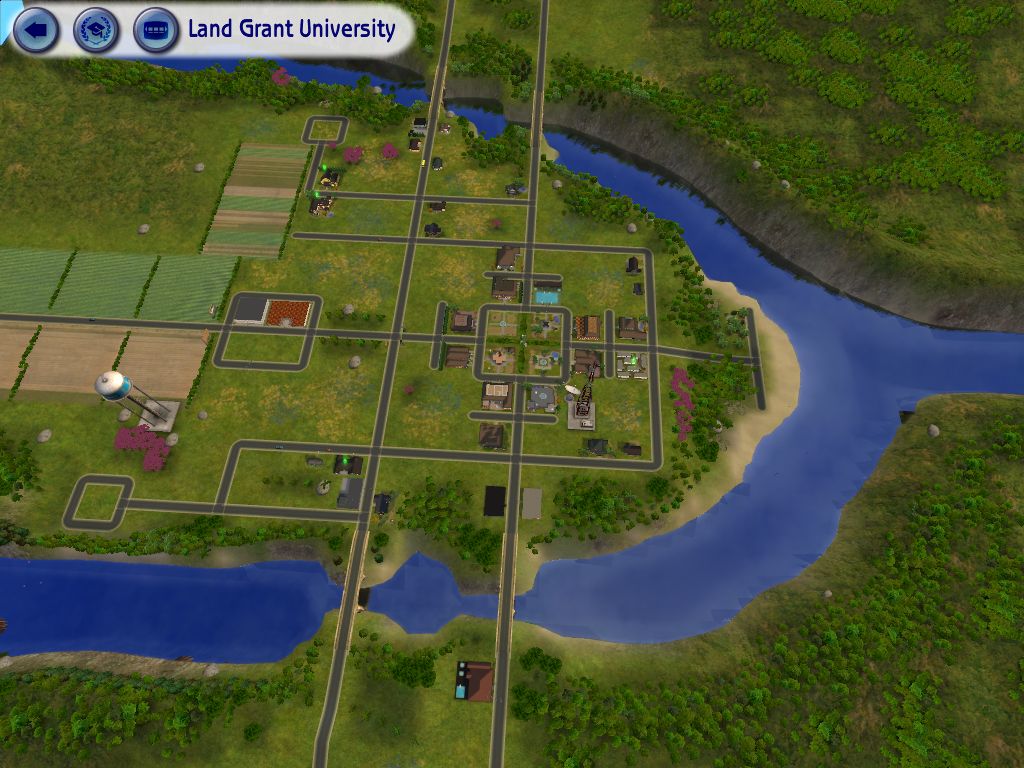 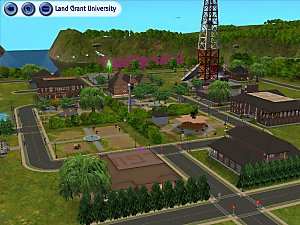 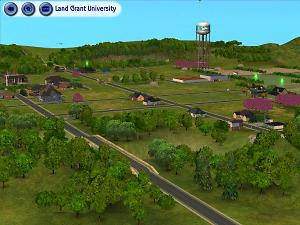 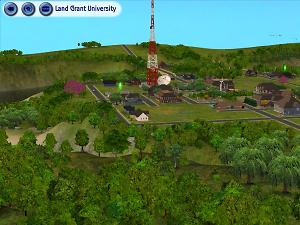 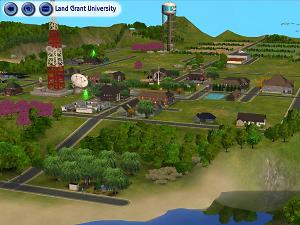 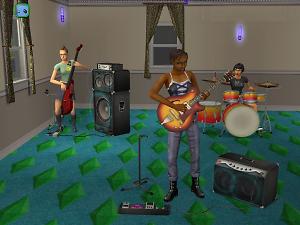 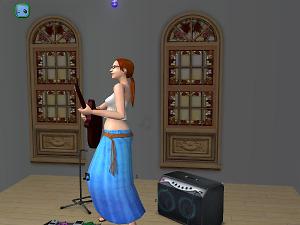 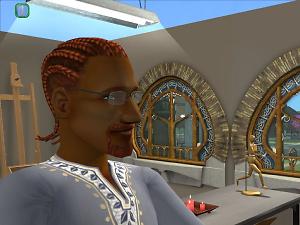 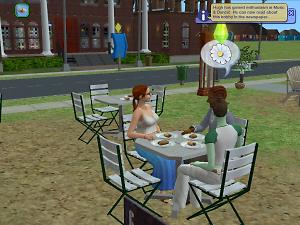 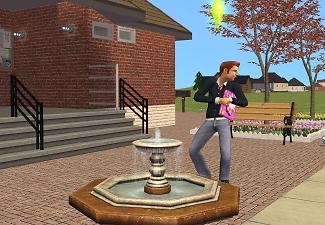 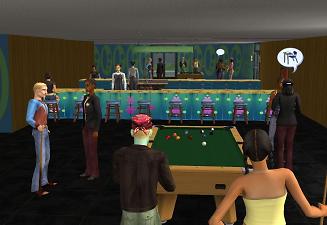 3QuadViewfromScienceBldg.jpg - width=1024 height=768
View of the Quad from the top of the Science Building, Nerd Quad in foreground

6CampusView fromRiverFork.jpg - width=1024 height=768
Only shot I could get including Riverfront Park, a state park that is rated &quot;great for keggers&quot; by students

11SUB2.jpg - width=998 height=690
Andy Bellum displaying the maturity and judgment that make him the ideal man to carry the frat forward.

12JustOffCampusLounge.jpg - width=1000 height=689
Students relaxing in the Just Off Campus Lounge, waiting for the Printer Sisters to begin their set. 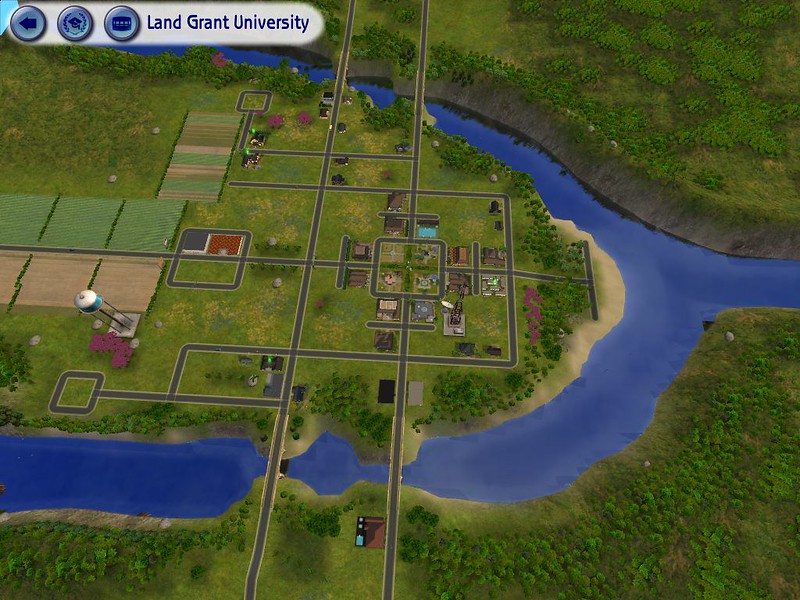 Land Grant University is a new institution of higher learning serving Simerica's heartland in the face of local skepticism. Located on bluffs where the Simourris River joins the River Simmissippi, easily accessed by Highway 13.5, LGU - understaffed, underbudgeted, and under the gun - is ready to start educating anybody and everybody who can scrape up a scholarship, becoming the center of a vibrant culture full of energy and drama! 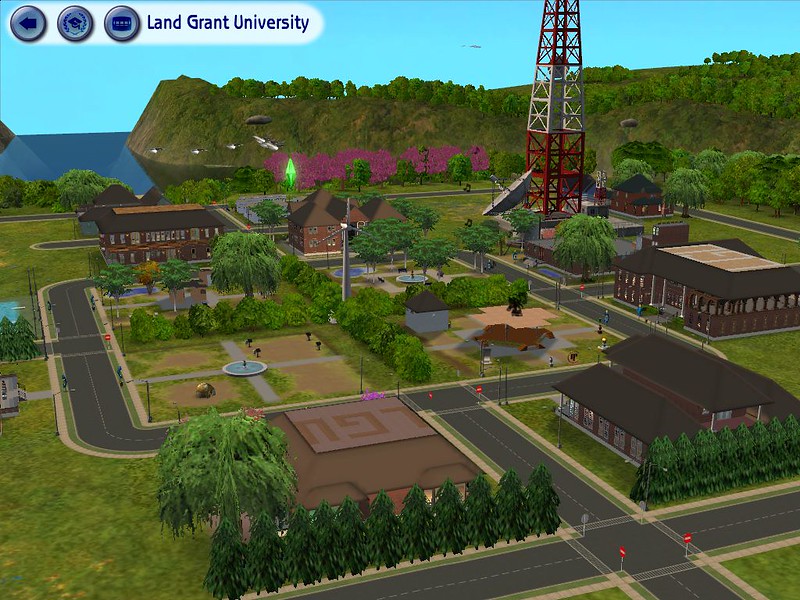 The Campus
Built in an empty, Base Game + University environment in AnyGameStarter, with no CC except for development tools and corruption squashers, on a dandy map which M.M.A.A. generously built to spec for me, Land Grant University consists of a core campus clustered around a quadrangle (actually four 3 x 3 lots), with classroom buildings and service facilities in the first ring and dormitories in the second. Space has been left in the second ring for players to add new facilities according to taste and preferred expansion packs. Student residences and small businesses serving the college population are scattered outside this area, including a hidden Secret Society Lot, two Greek houses, and shopping and entertainment venues.

(See the Comments section for more details on some these buildings and their inhabitants.)

The campus is available in both empty and populated versions, with care taken to generate no NPCs at all in the empty version. The populated version contains ten playable sims in four households, 24 dormies, and 25 NPCs: one each taxi driver, cook, barista, bartender, mail carrier, newspaper girl, coach, streaker, llama mascot, and cheerleader; three teen cashiers; and 12 professors. 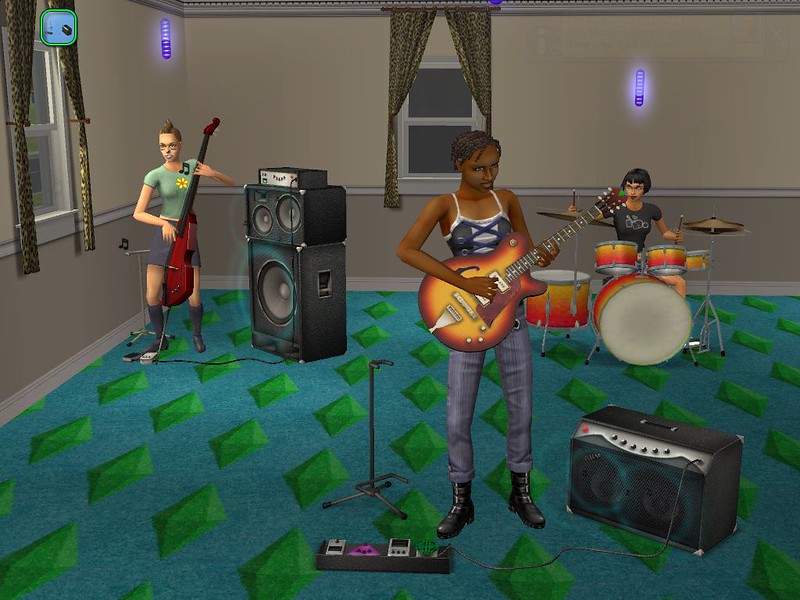 Annya Var Fruhm: Ida Juana Knowe always dreamed of being in a sorority. Helen Wheels's mother's sorority's national foundation is willing to donate a sizeable house. But with Helen's sister Daisy defecting to join a band, Helen chasing boys, and Ida Juana's grades in perpetual jeopardy, will they ever attract enough people to fill it up?
Nagard Annya Hoh: Andy Bellum and Hi Thyme were able to talk the donation of a house and a pool table out of Hi's dad, and they're all set to introduce Greek culture to LGU! But first, Hi wants to meet some girls who will actually like him, and Andy has some guys he's certain need ventrilofarting.
The Printer Sisters: Now that JoAnn Gutenberg and her friend Dot Matrix have recruited the talented Daisy Wheels to play bass, the Printer Sisters are ready to rock this campus! If only JoAnn can keep from being swamped with classwork, Daisy can resist the lure of the sorority, and Dot can balance the pursuit of love with the pursuit of percussive excellence.
Nerdists: Labeled "geeks," "dweebs," "nerds," and "losers" in high school, Sara Bellum, Cliff Notes, and Hugh Knowe are delighted to find kindred spirits in college. But can the friendship survive Sara's overprotective big brother and the influx of new experiences?

(See the Comments for more details on each household and a sample floorplan of one of the available residences. Note that pictures have been taken at various stages of playtest in different game configurations and slight discrepancies in view distance, clothing, NPCs, etc. are to be expected.)

Known Issues:
Due to a glitch associated with resetting a neighborhood that has an inhabited dorm, the trailers at the Compound Dorm may appear to be empty of furniture in live mode the first time you enter them. This can be solved by exiting and re-entering; or if that doesn't work, by moving the Nerdists out and in again. (Or into another dorm entirely, the Compound Dorm being one of those lots that if you don't love it, it will soon be on your last nerve.) This should be a one-time occurrence with no negative ramifications.

Credits and Acknowledgments
I'd still be wrestling with the map if M.M.A.A. hadn't come through for me. All credit for gorgeousness is due to him! Thanks to all my playtesters, but particularly Jawusa , who generously and patiently helped me work things out when I screwed up. Sophie David's buyable career rewards made building the Secret Society and classrooms much simpler. And of course everyone making populated neighborhoods and subhoods to share owes a tremendous debt to the work of the late lamented Mootilda , who showed us how to make ‘em without breaking ‘em.

Installation Instructions:
Choose either neighborhood and unzip the UPGL folder to the University Neighborhood Template folder in your game program files. The exact filepath will vary slightly depending on your game installation, but once into your program files it should be EAGames/Sims2/EP2University/TSData/Res/NeighborhoodTemplate. If you see U001, U002, and U003, you're in the right place.

If you wish to have both the empty and populated versions available, you can either swap them in and out as needed; or choose one to rename, making sure you also rename all the files inside all the folders consistently. The creator can take no responsibility for user error or confusion when trying to use both versions.
Other Information

I can't build. I can't draw. I make sims most people think are ugly. But I saw demand for neighborhoods with pre-existing characters and storyline and I thought: "Heck, I can do character and story for days and not get tired."

So I made Widespot, and I uploaded it here on MTS because who knows who I am anywhere else in the simming community? Anyone who downloads it can do whatever they like with it, because that's what the game's all about; but I would appreciate anyone who shares it on blogs, tumbler, etc., providing the link to where they got it.