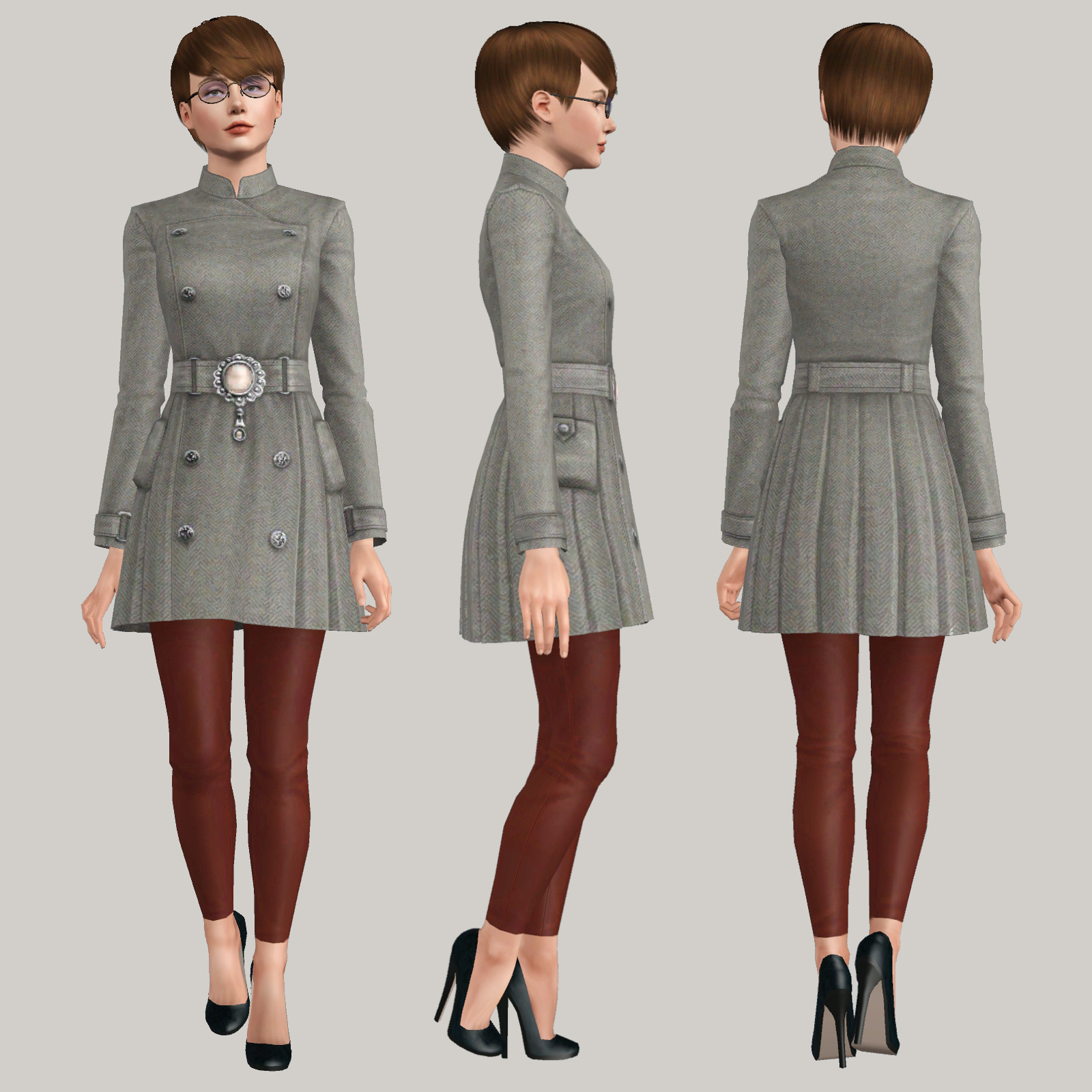 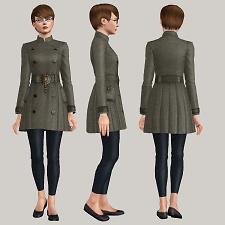 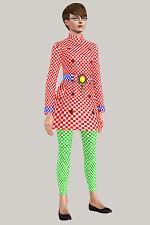 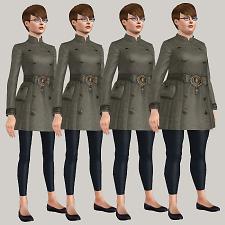 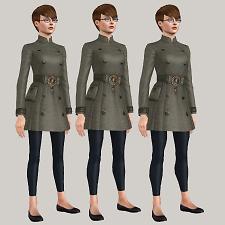 428 Thanks  Thanks     121 Favourited
This is a new mesh, and means that it's a brand new self contained object that usually does not require a specific Expansion pack (although this is possible depending on the type). It may have Recolours hosted on MTS - check below the description for more information.
I love the shape and details on this coat, and have wished for a long time that it be available for teens, but only got around to actually doing something about that wish a little while ago. Considering the dearth of nice, classy attire for teens (or, in fact, any attire at all), .

Like with my other outerwear conversion, I did not alter the adult mesh, merely matched the seams at neck and ankle. I also slightly lengthened the skirt and subtly rescaled and reshaped the torso to better fit teen proportions. "Subtle" being the key word here, as during my first try I overdid it and almost completely obliterated any sign of an hourglass shape, which was not only awkward, but caused a weird shine to appear on the coat in-game.

I took the bumpmap, mask, and base texture directly from the original, but took the shine way down. I also altered the overlay (the button, buckle, and metal brooch details) because the fake-yellow gilt color of the original was borderline offensive to my eye. I would have preferred a clean silver, or perhaps an antique bronze. I couldn't decide between the two, and in the end made two different presets with two different versions of the overlay. The presets themselves are colored to match the respective color schemes of their metal detailing.

The fat morph is rather lumpy toward the far end of the slider, but even just taking it down to 70/30 fat/thin (as seen in the third morph here) drastically improves the smoothness. 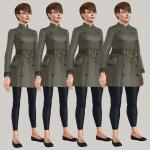 There are no gaping seams as far as I have been able to tell, both from in-game screenshots and from checking in Milkshape. Ankle gaps do not appear with most shoes, including Bloom's feet (not shown) and JoshQ's height-altering heels (shown in first preview shot), as well as all shoes based on EA's foot mesh. 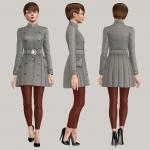 TF, enabled for everyday, formal and outerwear.
Not valid for random or career by default.
Four recolorable channels (coat, trousers, tailored details, jewel in waist brooch)
All LOD's and morphs except for the pregnant morph are supported.
File size: ~1.9 MB (1024x1024 textures)

Thanks to CMarNYC for the awesome Mesh Toolkit, and to Delphy for giving me a way to make CC without having to resort to the haunted house program that is TSRW.

If you need more info, see:
Back to download view
12 Comments / Replies (Who?)