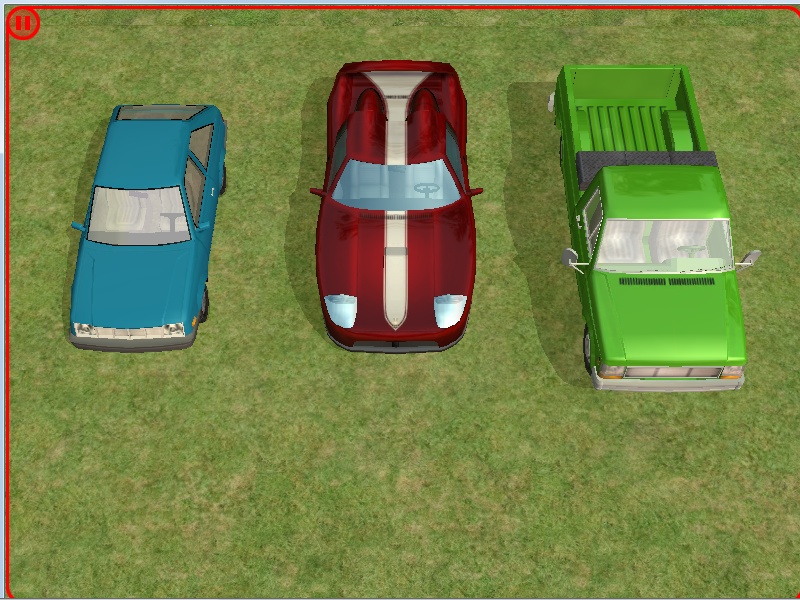 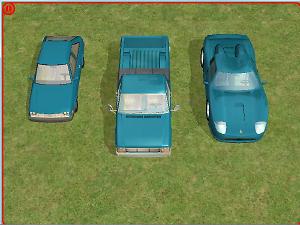 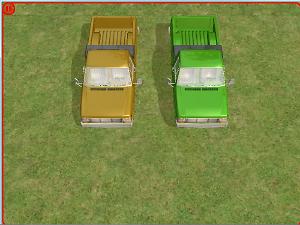 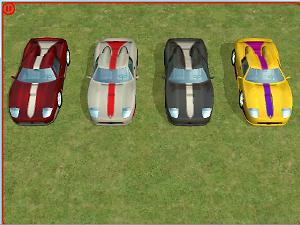 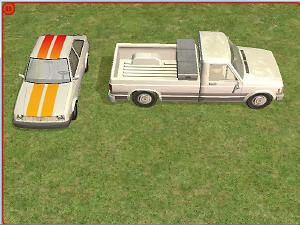 57 Thanks  Thanks     8 Favourited
This is a Maxis Recolour which means that it is a recolour of an item that already exists in your game. Please check the Expansion pack requirements to see which game pack it recolours.

While making default replacements for the Smoogo Minima hatchback, the Smord P328 pickup truck, and the Hunka sports car from Nightlife, I made a few recolors and retextures of those cars. At the time, I didn't think of making custom versions, but after a bit of feedback, I've decided to go ahead and do it. There are four rar files for the recolors.

In addition, there is a fixed version of the default replacement for the "blue stripes" Smoogo. While making a custom package for that default, I found that had overlooked a small part of the texture when making that recolor.

Anyway, that has been fixed and the original thread has been updated, but the fixed version is also available here.

1) contains custom versions of the blue recolors I made to replace the "black with flames" Smord and Hunka, and the "blue stripes" Smoogo. These are based on Michelle's LACK blue recolors 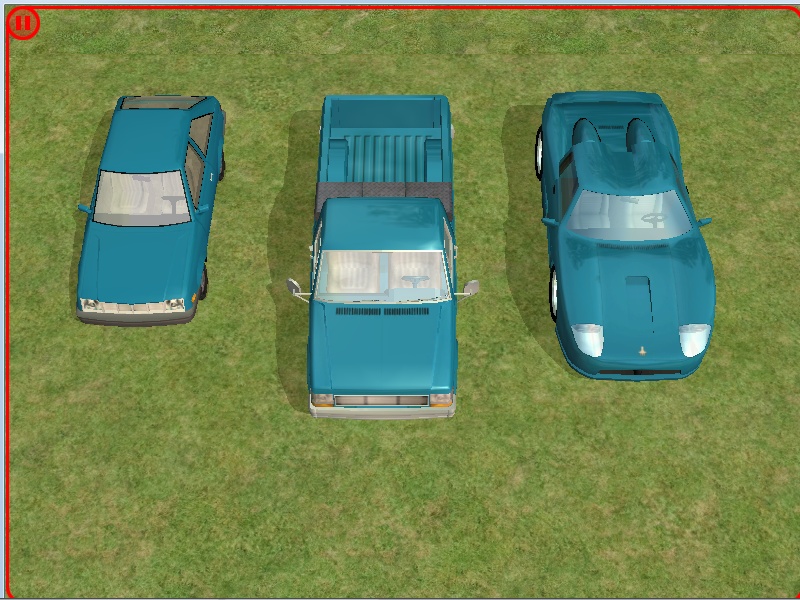 2) contains the green and brown recolors I made to replace the "redsidestripes" and "blackrainbow" Smord pickups. They're color-shifted versions of the blue pickup in 1). 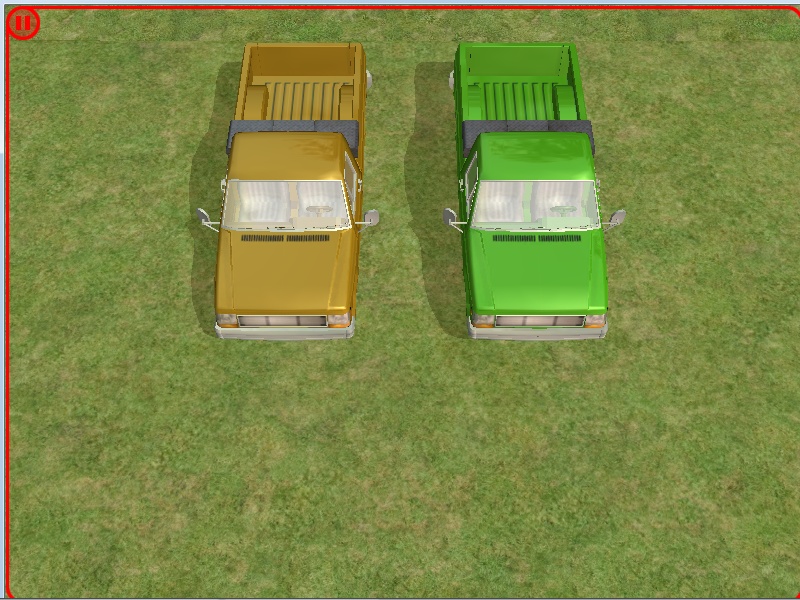 3) contains the racing-striped textures I made to replace the Hunkas with racing stripes. They are retextures of simdebster's Antique Red and Michelle's silver and LACK black and yellow recolors, with Maxis racing stripes added. 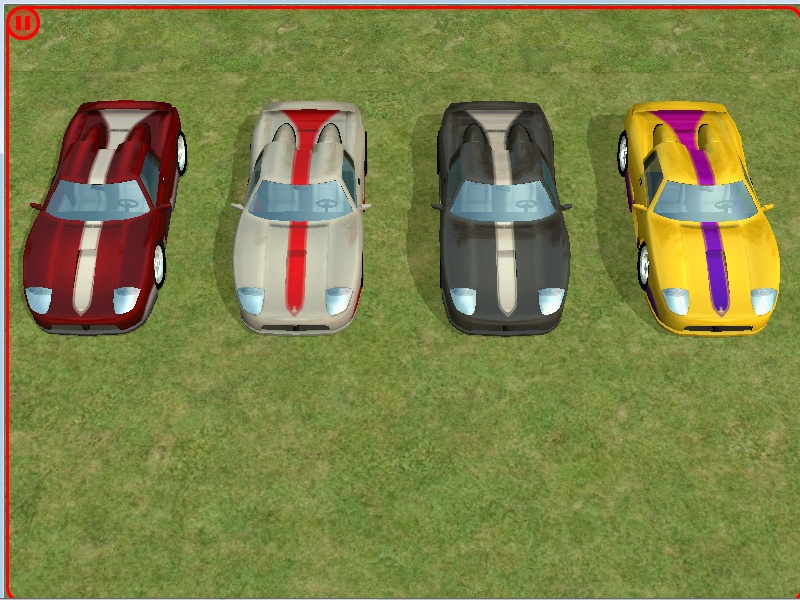 4) contains custom versions of the replacements for the "whitepsyco" Smoogo and "whitegreystripes" Smord. These are the Maxis textures with some of the artwork edited out; the Smoogo had a green face, while the Smord had "freezer bunny" outlines. 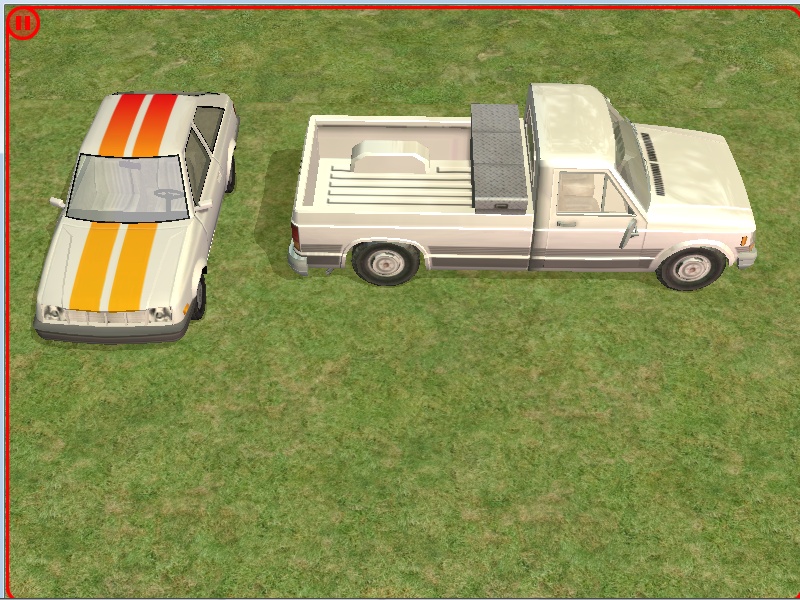 Additional Credits:
Maxis, Michelle, and simdebster for the base textures that I used.

Justpetro and ankoyume, for convincing me to make and share these custom versions.