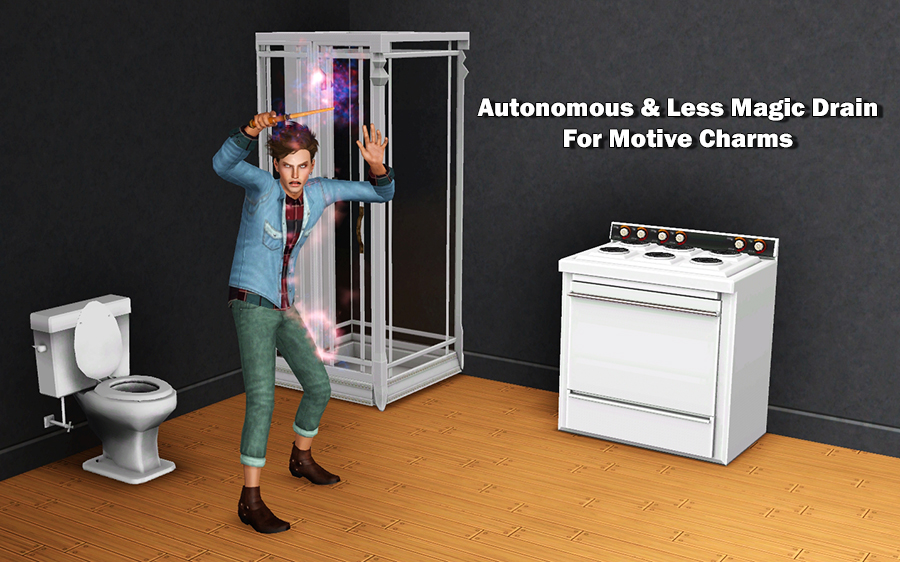 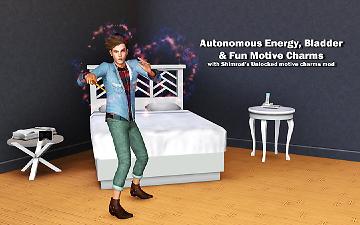 This is a tuning mod (ITUN) for witches to cast Motive Charms autonomously.

I love my supernaturals, but it's been a long time since I've played with them and I never noticed how Motive Charms were autonomous by default, but witches never actually used them on their own, until I've read this WCIF thread.

All I did was add some "missing" advertising for hygiene, bladder and hunger, so that witches will autonomously cast a Motive Charm when those needs are low. The advertising values also make it so they'll prefer casting over using available commodities in their vicinity (toilets, showers, etc.).

While looking into it, I've found Shimrod's New Motive Charms and Curses Unlocked mod (need to be registered to view), that unlocks energy, fun and social motive charms for witches. So, I've added another flavor that adds some advertising for those needs, if you wanted your witches to use them autonomously over other objects.

Since, my mod and Shimrod's don't modify the same resources, you'll have no problem using them together!

As a bonus, I've added other flavours that modifies the amount of Magic Power used to cast the Motive Charms, so that witches will be able to cast those charms more often without completely draining their magic. With this, they will use about a third of the original amount.

More precisely, if you want to get Shimrod's mod, you'll see that one of his versions actually reduce the amount of Magic Power for all spells. You could actually use this, but maybe, you just wanted the Motive Charms to be affected? That's what my mod will do, if you choose one of the Less Magic Power drain flavours.

You can simply place the package in:
\Documents\Electronic Arts\The Sims 3\Mods\Packages

There are four flavours, only use one of them:

This mod was created with patch 1.67 (I'm not sure about retro-compatibily)
This mod requires Supernatural to work.
This mod shouldn't conflict with any other mods as long as they don't modify the following resources:

Hope this will be useful to some of you!


Additional Credits:
Peter & Inge Jones for S3PE ; MeMyselfanDie & murfee for the idea at the WCIF forum
Other Information