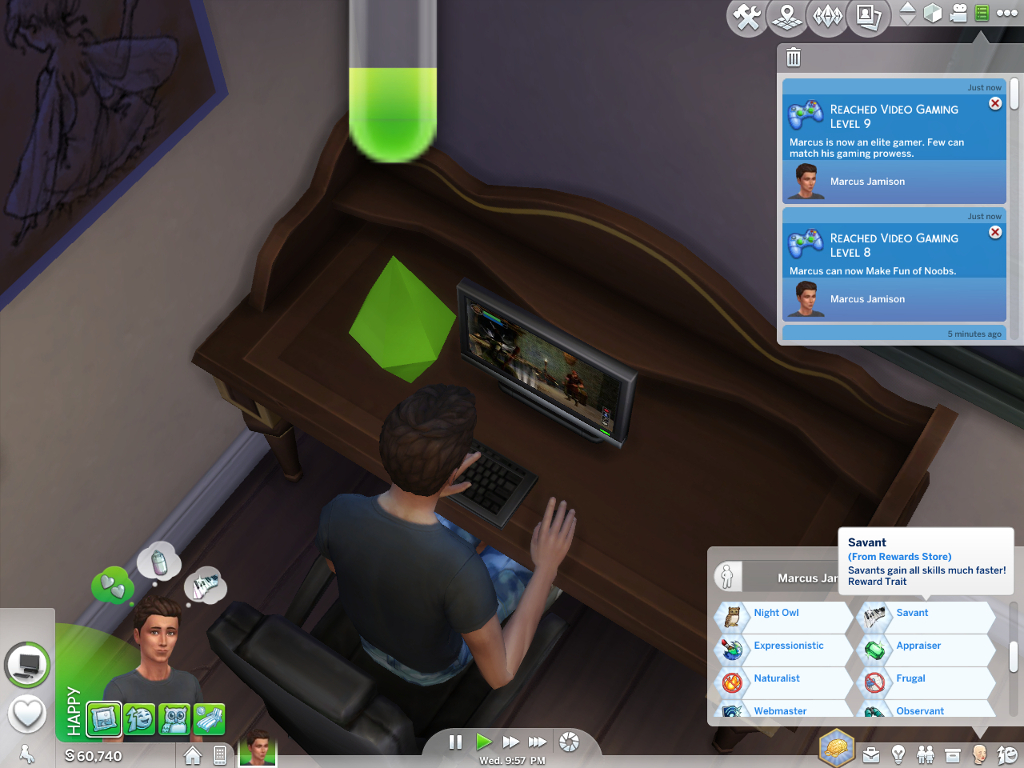 Created by Shimrod101 View Policy / About Me View all Downloads

After acquiring the Savant Trait a sim will skill 25% faster in vanilla game, which isn't very noticeable. This mod alters the trait such that the sim skills up 5 times faster or 12 times faster. The point of this is to use this mod and the Savant trait as a fast skills mod; thereby avoiding the wonky side effects from all of the fast skills mods which have been made, at least the ones I've heard of.

When a sim skills up quicker to a higher level with this mod, the new skill level is real, the actual new skill level of the sim. If the mod is uninstalled, the UI does not adjust the sim back down to a level where they 'should have been' as is happening with the wonky fast skills mods. That issue doesn't occur here, it doesn't apply because the Savant Trait is constructed to give the sim this faster skilling ability; this mod simply increases the multiplier beyond where vanilla game has it.

It should go without saying that I would suggest throwing any fast skills mod in the garbage can and use this instead.

The mod has two variations: one file gives 5 times faster skilling speed, the other gives 12 times faster. Use one or the other of the files; they can be swapped back and forth, using one of them for a while and switching to the other doesn't give any weird issues or side effects.

Unzip the file and use the .package file in the Mods folder.

Additional Credits:
Created with the use of s4pe by Kuree and accomplices, and the Sims 4 XML Extractor by scumbumbo.
Other Information