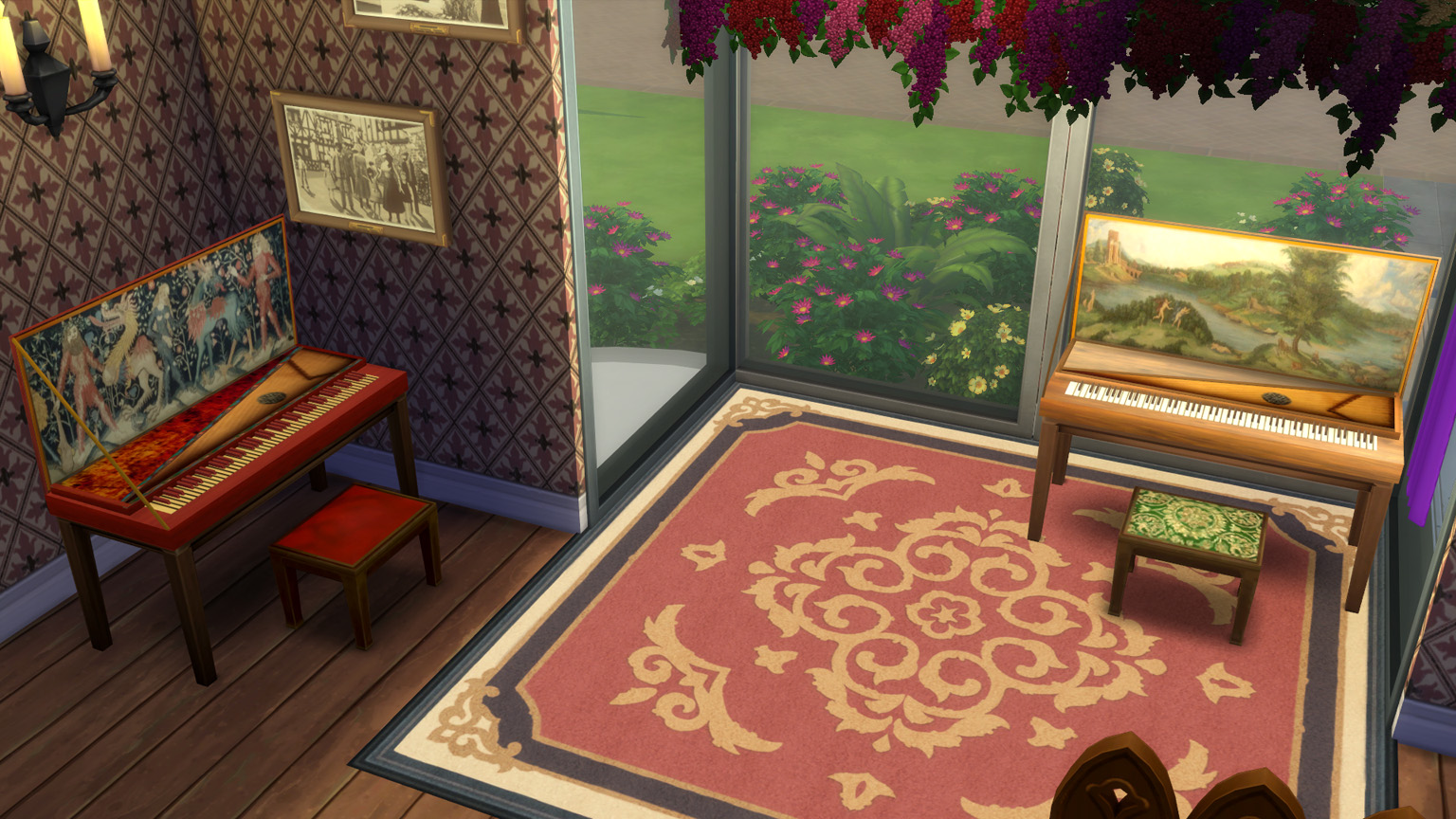 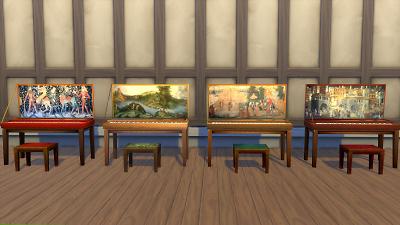 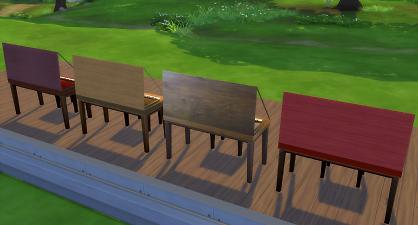 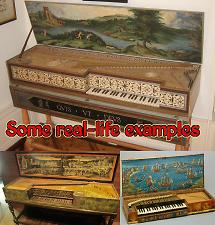 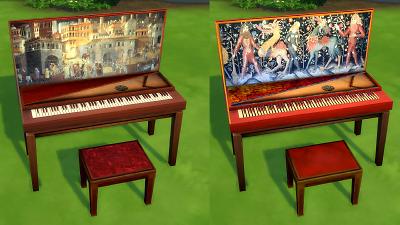 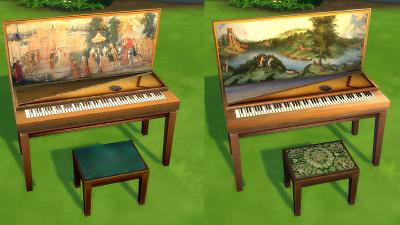 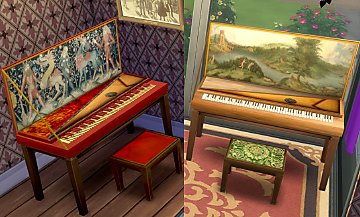 Created by Esmeralda
View Policy / About Me View all Downloads
Uploaded: 29th Apr 2016 at 6:18 PM
Updated: 3rd May 2016 at 8:25 PM - Minor LOD3 fix
(Minor update May 3 2016: Fixed a small issue on the lowest LOD mesh which would have affected players playing on Low graphics, giving a texture flaw on one corner of the back of the lid when zoomed out. This was due to an unnoticed glitch introduced when reducing the poly count for that mesh. If you previously downloaded this and you're on Low graphics and/or have seen the flaw, please re-download, with my apologies!)

This is a funky little colourful piano made in the style of Medieval/Renaissance keyboard instruments (virginals). Less anachronistic for medieval sims than having to play a default grand piano, and also nice for modern-day antique collectors, folksy hippies, or fantasy characters. It's found in the Activities section in Buy Mode where the other pianos are found, and costs 800 simoelons.

It comes in four retextures as below, with background paintings taken from classic artwork ranging from the 1300s to the 1600s. 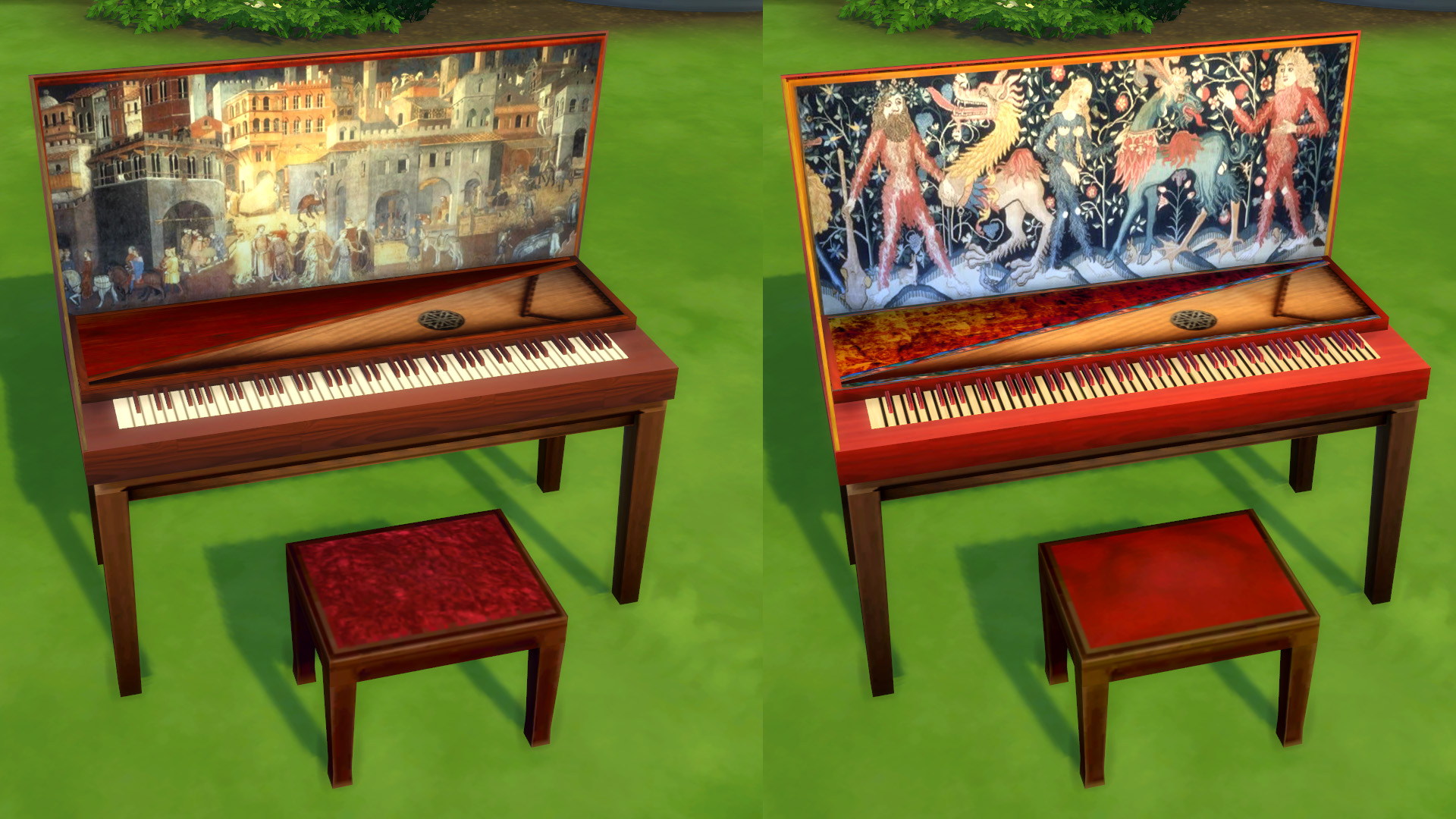 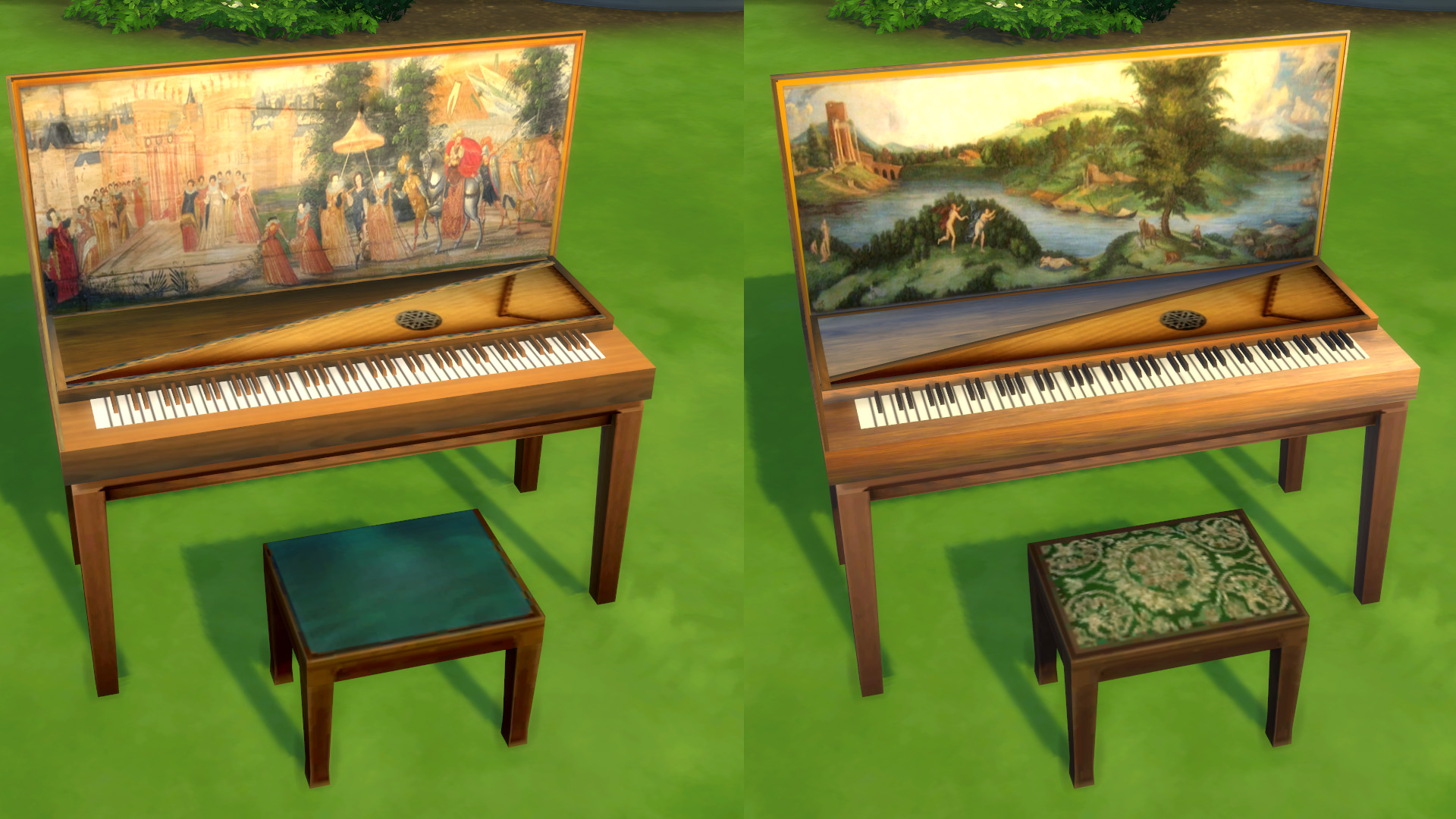 Can be used for medieval or Renaissance characters such as the below musical knight playing the particularly colourful Medieval Tapestry retexture in red tones. He plays knightly and sometimes daily too.

Thanks for looking, hope you'll find this little piano useful.

Additional Credits:
Piano meshed by me in Milkshape and Blender. Table and seat are modified base game items.