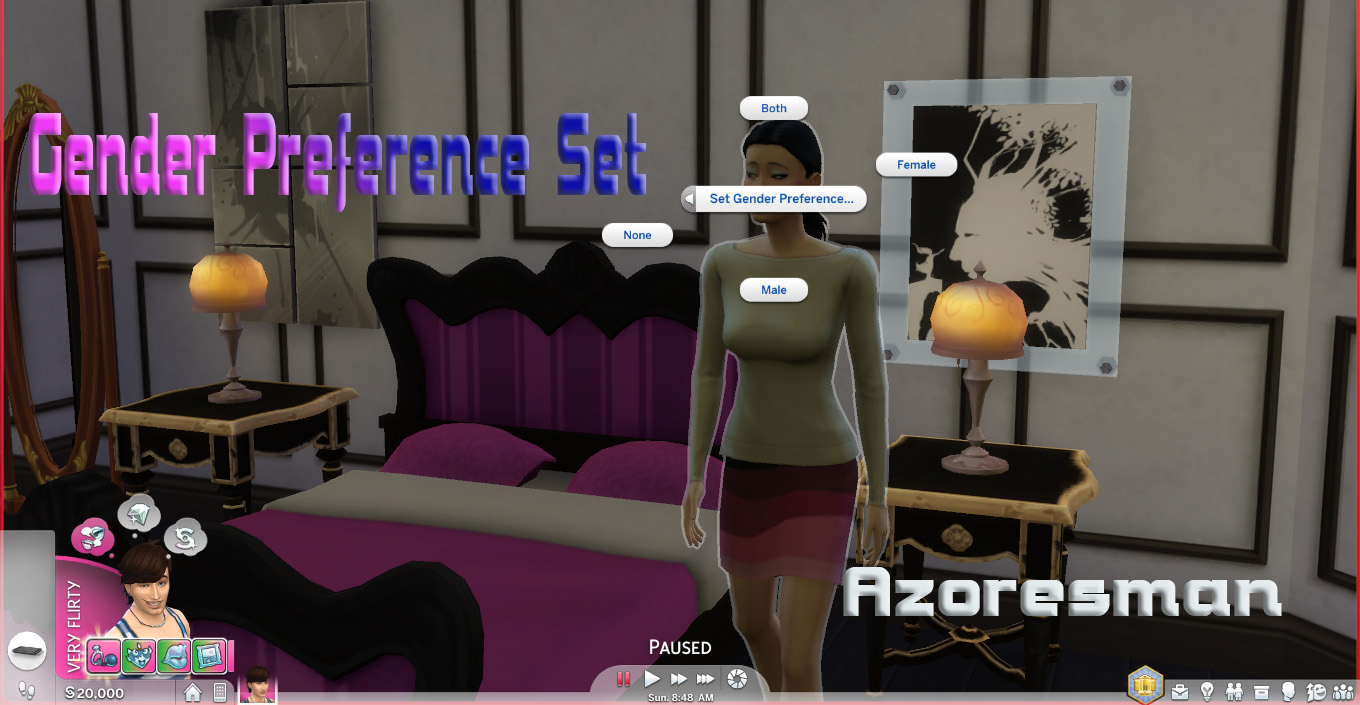 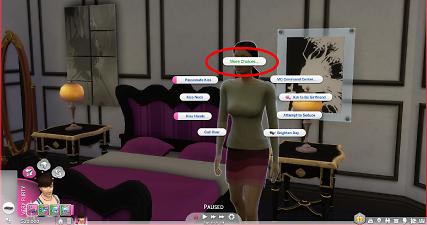 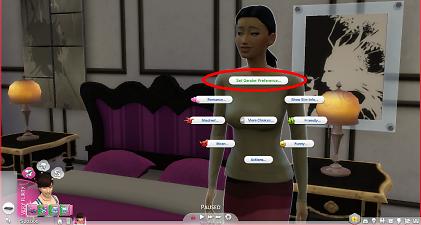 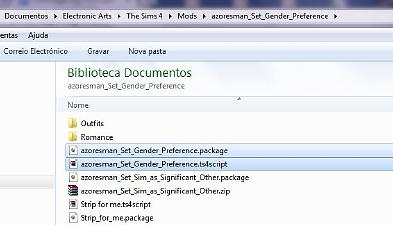 
Some Players still have trouble installing a mod, so, after so many troubles, I thought I just post an image on how it should look like after correctly installed . 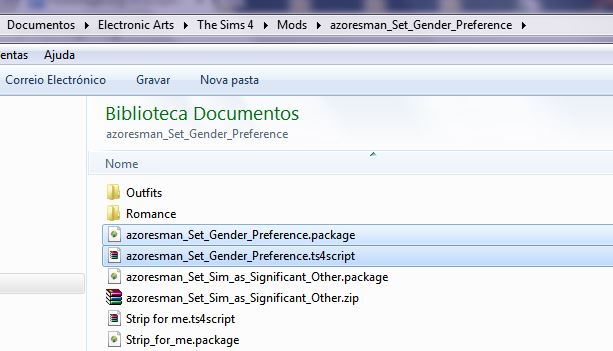 Had some reports saying the Mod had stopped working, please check if you re-enabled Custom content and Scripting Mods in you game options after any patch update.

The Mod is still working until today. Unbroken by the latest patch version 1.44.77.1020 and Seasons.

This is a new interaction to set gender preference on any sim including your active sim. (the Reaper too)

May 2 - New Update with corrected script - All functions are as announced before.

May 1 2016 - Added String Text so any language localization should now see English Words instead of ...
May 1 2016 - Another Update, this time added Percentages for each gender in steps of 20% For 100% choose Male or Female as before.

New Update : May 1- Female and male percentages are now in different menus for easier usage.

The four main choices are back in the front page.

Using Percentages by Gender: You can now choose a percentage by gender.

When setting or changing the percentage for a certain gender does not change the opposite gender percentage. This is a new interaction so will not conflict with any other mod.

Additional Credits:
S4pe team for this great tool
The Sims 4 Data tool
Scumbumbo for his tutorial and so much more
Deaderpool for being a genius
Aidan for his her py decompiler
scripthoge for his injector
So many more people I Admire

Need more information?
Back to download view
226 Comments / Replies (Who?)