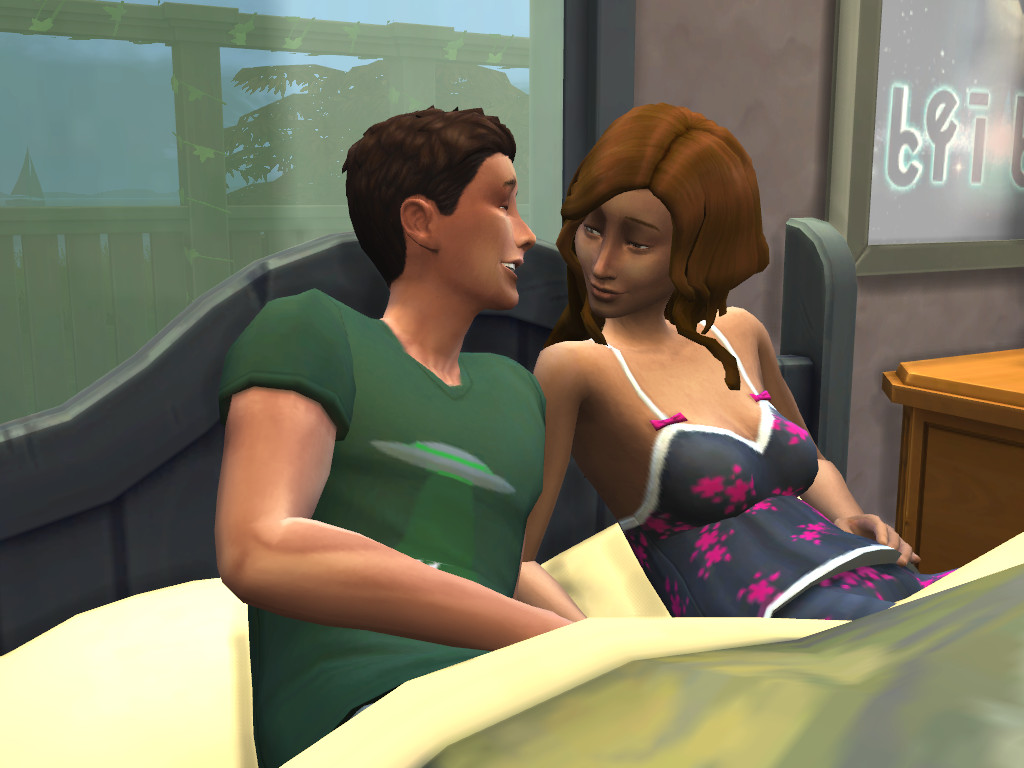 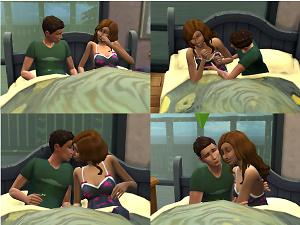 This mod is updated to V2 with a fix for the sims moving instantly to the new posture at the beginning and end of these animations. Sims now slide into the new posture in plain view, so it looks more normal. Thanks to heidi137 for looking at my file and altering a 'transition duration' setting to a slower value, and suggesting different values for this (I've chosen the value used in the mod after testing various values/numbers.)

This mod shows five animations which were created for the game from the beginning, but which are not in use. The mod is not perfect as a gameplay mod, it's designed solely to show sims doing these actions. The main screenshot shows the Pillow Talk animation, the others shown below are Whisper Secret, Tickle, Kiss, and Snuggle Nuzzle. 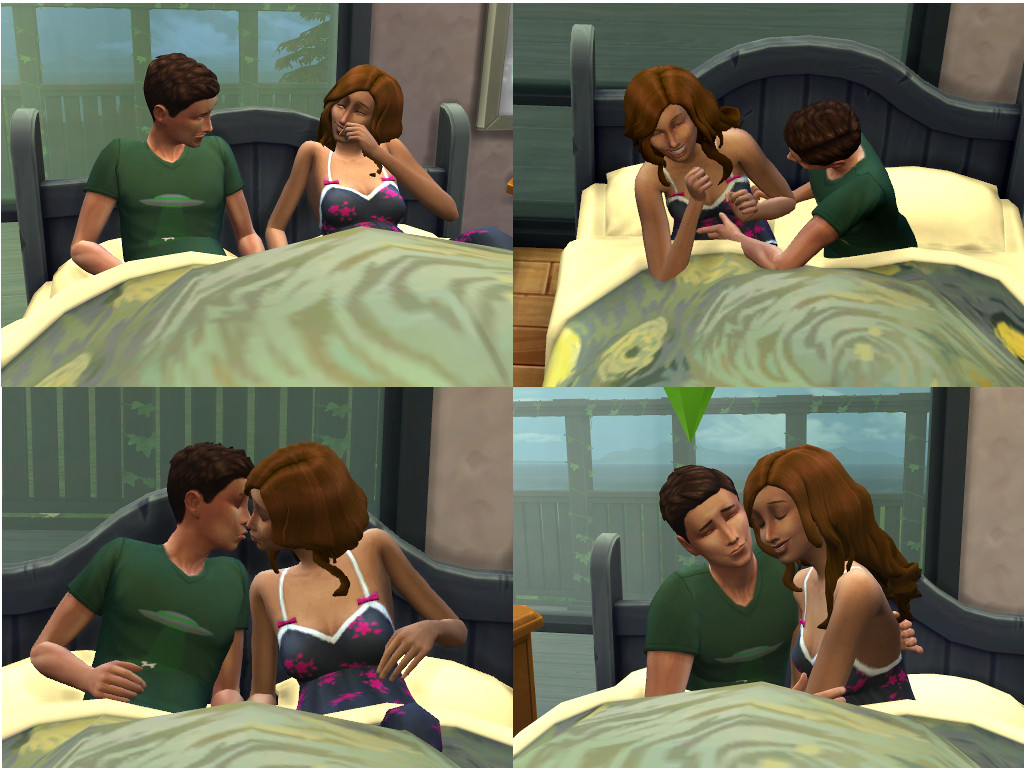 At the end of woohoo there is an action called Big Finish, which is the bedsheets bouncing higher into the air, some extra noise and the fireworks. This mod replaces the Big Finish with these animations here, so the Big Finish will never be seen while this mod is installed. It is done this way not because I think this is an optimal way or a good way of doing things, it's simply because I figured out how to make it work okay by doing it this way, replacing the Big Finish animation CLIP files with these CLIP files.

Only one of the anims will play at the end of a woohoo, based on random choice between the five. All five are not playing in a row because I don't know at this current time how to write the JAZZ file to play them one after the other.

There is also no transition CLIP from the woohoo posture with the sims under the covers, to the reclining posture used here; so the sims move with extreme quickness of fast speed into the new posture. It's also the same way at the end of these anims, when sims go back under the covers and then are moved to the sleeping posture which is always used after woohoo.

Additional Credits:
Created with the use of s4pe by Kuree and accomplices, and the Sims 4 XML Extractor by scumbumbo.

Need more information?
Back to download view
70 Comments / Replies (Who?)