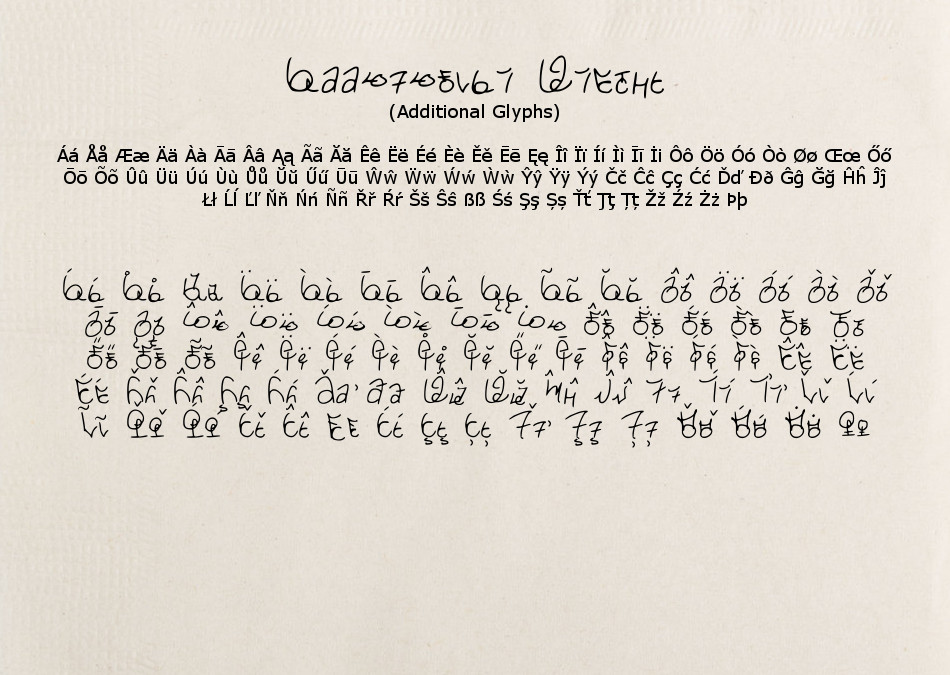 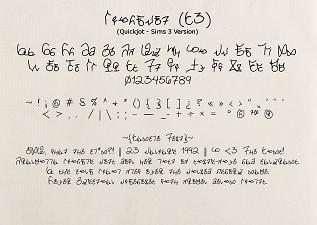 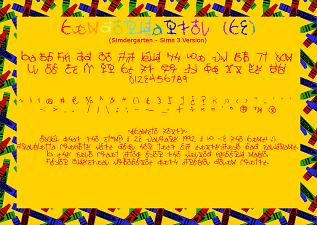 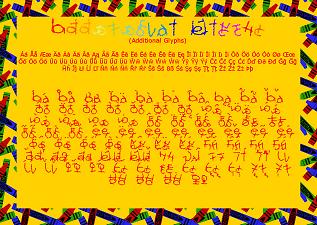 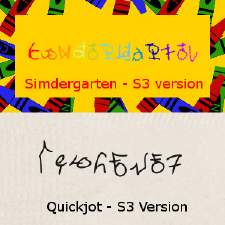 Created by Franzilla
View Policy / About Me View all Downloads
Uploaded: 19th Oct 2016 at 7:44 AM
For those who prefer (one of) Sims 3's style of writing, here is the S3 version of my Simdergarten & Quickjot fonts. You can have both version installed if you'd like, but only the letter and letter-like glyphs differ. Numerals, punctuation, diacritics, and other symbols are the same.

Simdergarten is an attempt to mimic a child's handwriting in crayon.
Quickjot is based on the super sloppy handwriting I have when taking notes. It's not pretty.

The The ~{Sample Text}~ at the bottom of the preview pics reads:

These are but plain, simple fonts.
- They will NOT affect the fonts in your game(s) simply by installing them.
- The Sims game(s) and/or expansion/game/stuff packs you have do NOT affect which fonts you can use. Heck, you could not have a single Sims game and still be able to download and use any of these. I'm not quite sure why you'd be on this site though.

- These fonts should be compatible with any program that allows the use of .ttf files. However, if you install them while said program is running, you might have to restart the program or refresh its font cache.
-You may have to adjust some kerning pairs. I'm still working on perfecting this!

Additional Credits:
inkandchaos on whose glyphs I based my own.
balboababe for the Pile of Cryaons pattern
Files Need help with downloading or installing content? Click here!