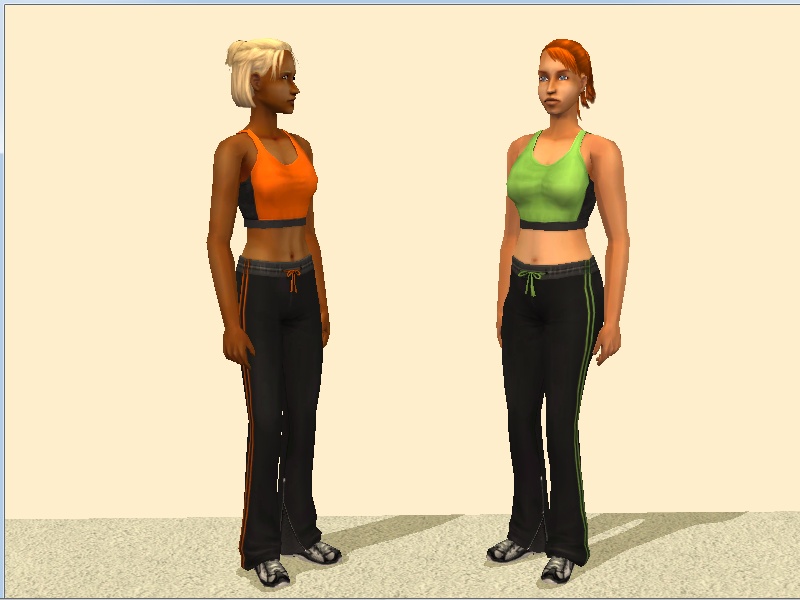 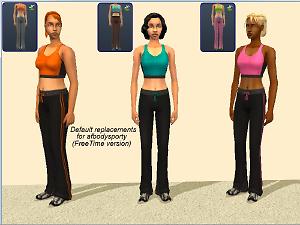 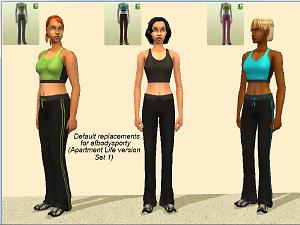 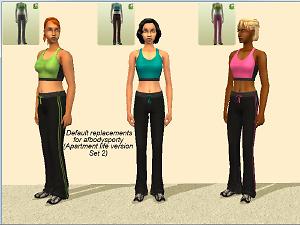 Created by dharden View Policy / About Me View Downloads Home

The background for this outfit is a bit complicated. The FreeTime version only has one recolor, but there are also textures and TXMTs for two others that were left incomplete. When the outfit was reused in Apartment Life, these recolors were made usable, but with separate copies of the textures.

What I did for FreeTime was split the replacement. One part just replaces the orange top/gray pants outfit, which is also the AF career outfit for the Aerobics Instructor job in the Dance career track, with Michelle's orange top. The other part, tagged "LandF", both finishes the incomplete recolors, and replaces their in-game textures with the turquoise and pink tops from Michelle's set. (Note that it may be necessary to use Ctrl-right click in CAS to get the thumbnails to appear correctly.) The recovered outfits are set as Everyday and Athletic, for consistency with the orange/gray outfit. An alternate version, which sets them as Athletic only, is also included; only use one. Since those two outfits are already visible in Apartment Life, I saw little point in completing them without also replacing them. 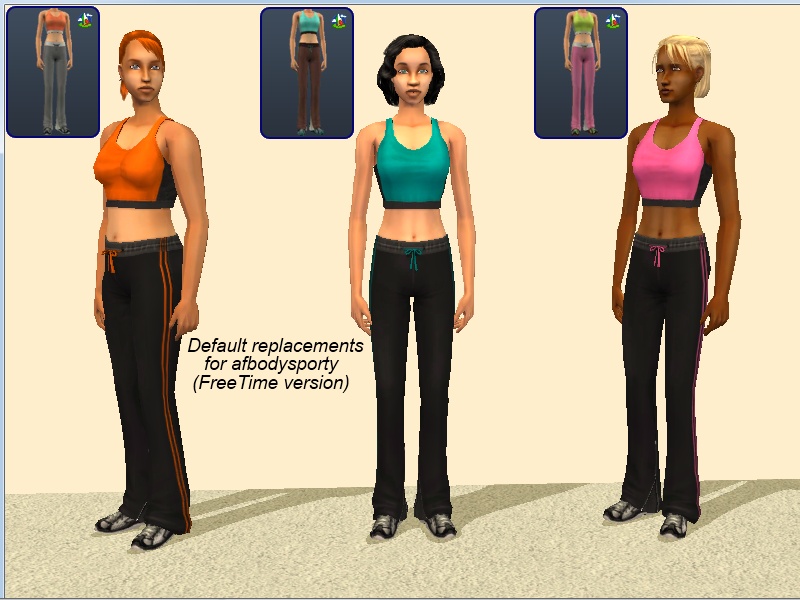 The second and third outfits replace the incomplete outfits.

For Apartment Life, I made two sets. Both sets replace the green top/gray pants outfit with Michelle's green top outfit. Set 1 replaces the other two outfits with the black and blue tops from Michelle's set. Set 2 uses the turquoise and pink tops, and is included do that people who either have AL, but not FT, or who have both, but choose not to enable the unfinished FT outfits can have those colors as defaults if they want to. 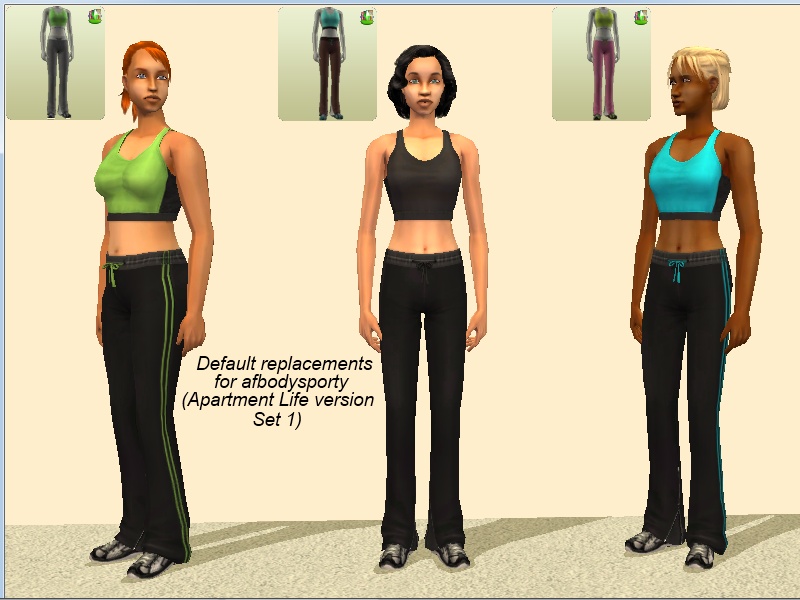 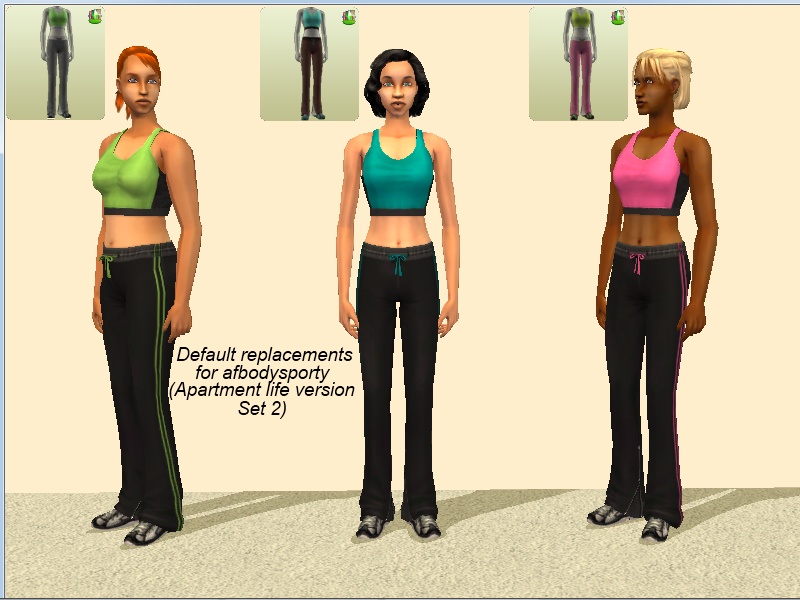 You should be able to use the complete-and-replace packages for the unfinished FreeTime outfits with any default for afbodysporty, as they don't replace anything other than textures. Other defaults for afbodysporty probably won't replace any resources used by those incomplete outfits, but if one does, my packages should simply act as completers.

Additional Credits:
Maxis, for the mesh.
Michelle, for the replacement textures.
The Sims 2 Default Database, for being there.