No Forced Outfits On Vampires 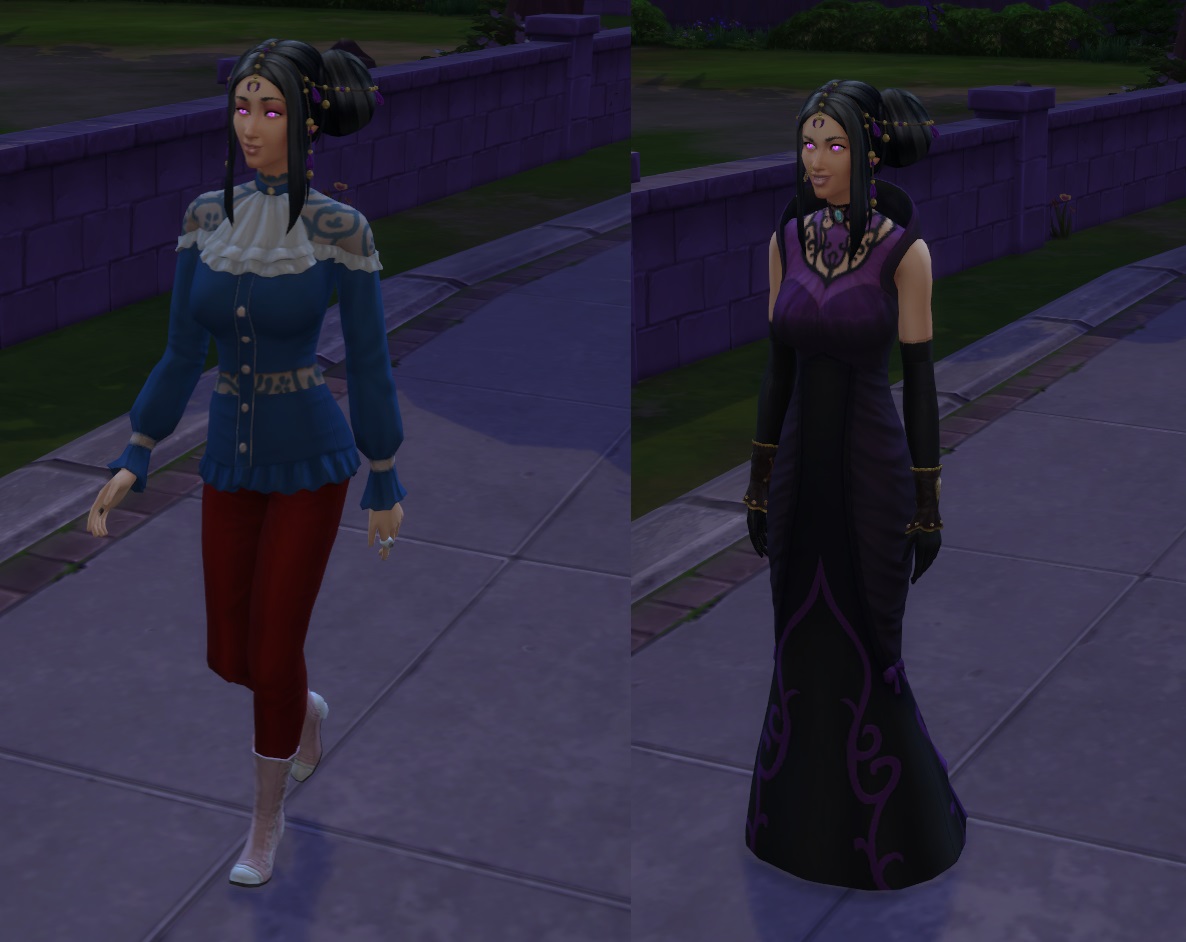 If you haven't noticed, the vampires who come out late at night in your neighborhoods aren't exactly snappy dressers. And although you can edit their clothes in CAS, it won't matter. That's because Maxis, in their infinite wisdom, decided that it would be a good idea (and somehow necessary) to create a random career outfit to change them into every time they appear. That's right, they don't even just assign them a career outfit ONCE that you could use a cheat to go in and edit; instead the game keeps generating NEW ones every time they creep into your neighborhood, which overwrites the old one.

I don't even know how they decide which clothes to use. I found three female vampires in my hood at once who all had the same full body outfit and shoes, just different colors, which all came from the vampire pack (boring, but somewhat vampire like). But then I also found an elderly female vampire strolling down the sidewalk in a swimsuit and high heels (shudder), and THAT was an assigned career outfit as well. Maybe the swimsuit came from the pack, but I really don't care; the madness had to stop. You can suck my blood if you want, just not in a Speedo.

With this mod in place, the homeless vampires who walk-by should be dressed in their normal outfits (probably everyday for the most part) instead of the random career outfits the game was trying to assign them. They will be like any other homeless sims (who, I guess because they are not the living dead, don't need career outfits to walk down the street). You can go in and edit them and the game won't override your new outfits (unless it finds a way in a situation other than a walk-by). Vampires like Caleb Vatore who has a lot or any vampires you moved into a house were never affected by the career outfit thing; they have a separate tuning file without those lines. I couldn't get any homeless vampires to show up on any commercial lots, so I don't know if it fixes that too, or if it was even messed up to begin with. But the ones who walked by were wearing their proper outfits, as were the ones I invited, so I think they will be fine.

So what this mod does is override the part where the game assigns homeless vampire walk-bys a career outfit to wear. Just takes it away. Also just added a file that should do the same to fake vampires.

This mod likely conflicts with the mod out now that blocks vampires from coming into your regular neighborhoods. Of course, why on Earth you'd care what the vampires who aren't showing up are wearing is beyond me, but maybe that's your thing. I don't THINK it will conflict with the mod that keeps regular folk out of Forgotten Hollow since it changes xml devoted only to homeless vampires.