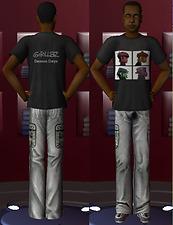 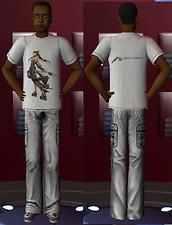 24 Thanks  Thanks     0 Favourited
This is a new mesh recolour, and means that you will need to download the particular mesh itself in order for this to show up in your game. See the Meshes Needed section or read the text for more information.
From my own twisted mind.

AcidBee - A picture of a bee I got off a cereal bag that looks like it's on LSD.

Mountain Dew - Breakfast of nerds. (joking of course... although nerds do tend to drink a lot of it)

Gorillaz 1 - In preperation of this new CD's release, May 23rd.

Gorillaz 2 - Some cool headshots of the animated band members.

Psych Ward - This is for the Sims that get out on good behavior.