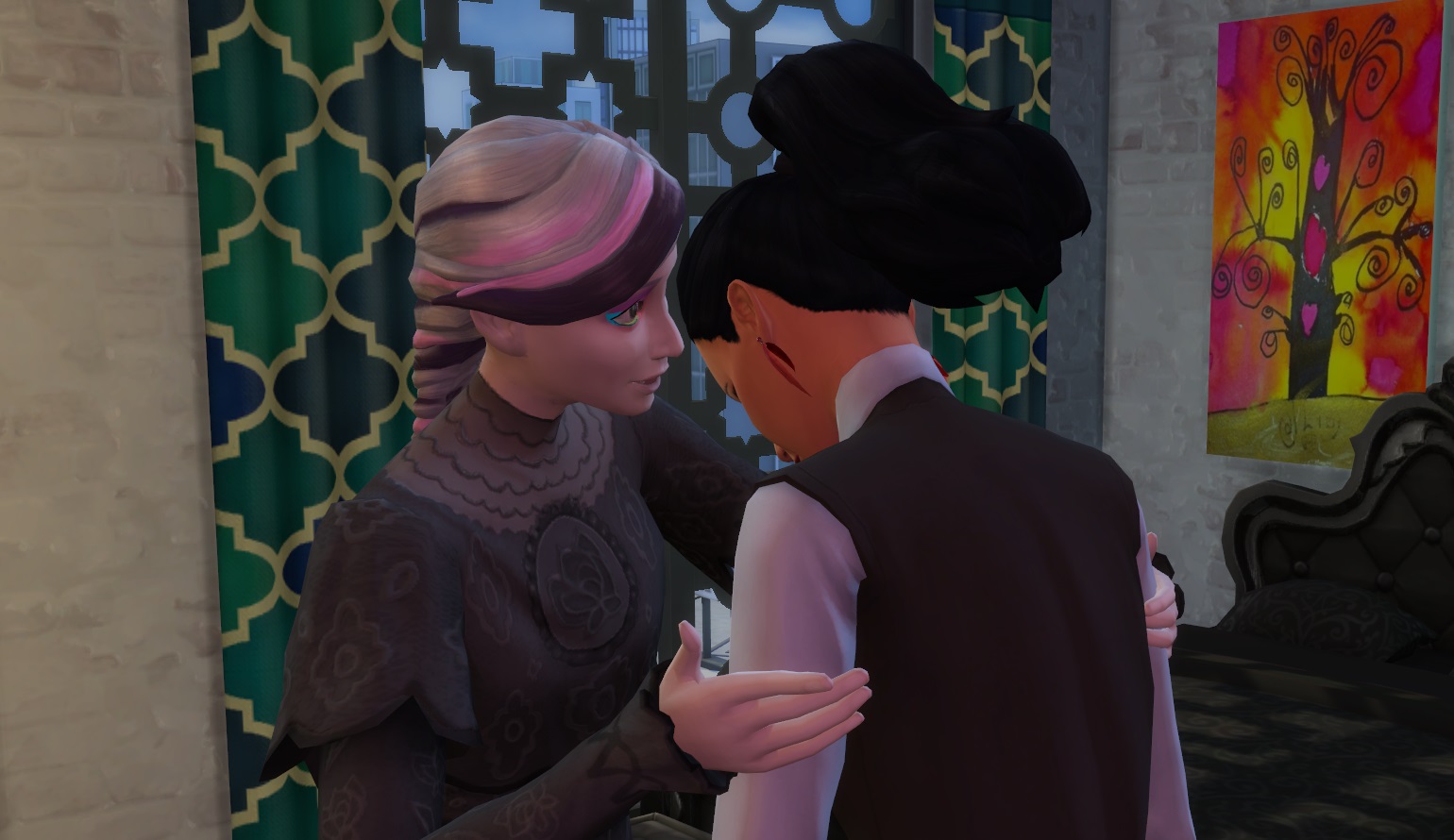 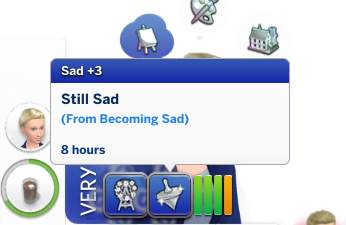 749 Thanks  Thanks     289 Favourited
What it does
Sims' moods will have inertia. Moods become more resistant to change, and can last beyond the original moodlets that caused them. It can now take a sustained effort and multiple points of another emotion to change their mood.


This is the old design of Emotional Inertia, kept updated for anyone who prefers it.
For the latest design, install the Meaningful Stories mod!

Why would you want this?
In the base game, sims' emotions typically flip about on four hour timers like little clockwork goldfish. Nothing affects their mood for long, and once you're familiar with the game, it's not difficult to get the few points needed to change their mood when you want to.

With this mod, once something happens to put a sim in a mood, that mood will likely last at least as long as the effects of the thing that caused the mood, and even after that it will take time and effort to put them in a different frame of mind. The aim is for this to make emotions feel a little more meaningful, to make your sims feel a little more human, and to make managing their mood take a little more planning and be a little more challenging.

Emotional Inertia in detail
When your sim enters a mood, they will be given a moodlet for that mood, the strength of which depends on their age and whether the mood is positive or negative. When that moodlet's timer runs out, it will be replaced by a weaker moodlet.

After your sim enters another mood, the inertia moodlet from the previous mood will be removed.

There are three levels of inertia moodlet:The +1 level has no visible duration but will rarely last long at all because of the way the game handles mood changes. Once a +1 inertia moodlet is the only thing left keeping a sim in a mood, it will be overcome by any more recent +1 moodlet for any other emotion.

Starting inertia levels:Exceptions:The amount of points needed to enter the higher intensity levels of an emotion has been raised to allow for the inertia moodlets.

Tips for playing
With this mod, managing your sims' moods can become challenging.

Falling into a negative mood is a meaningful problem. If it happens, your sim will likely only be able to be pulled out of it after the moodlet that caused the mood change expires. After that, you'll have to find multiple sources of +happy to overcome the strong inertia for a negative mood. A drink, a nice meal, a deep connection with another sim, or a good workout can be good places to start.

But you'll also need to think about what positive mood they'll end up in when they finally overcome their bad mood. Because if it's not one you wanted them to be in, you might have another problem.

With adults, even an undesired positive mood can take some planning to overcome. To beat a +2 positive inertia moodlet, you'll need either a +2 moodlet or three different +1 moodlets for the positive mood you want them to have. Learning the different ways your sim can gain moodlets for the emotions they want will be important if you want to have control over their mood. Start with viewing an emotional artwork, doing some research on the computer, or taking a particular kind of shower.

Or you can just let their moods flow where they will, and follow your sim's lead for their desires in life.

How this mod came about
I started this as a project to learn to use Zerbu's Mod Constructor tool. Zerbu's excellent old Lingering Emotions mod was no longer working for me, and I missed it, so I started out by trying to recreate its effects. The mod has developed a lot since then, and I feel it has enough differences now from Zerbu's original mod to be distinct and worth sharing.

Known issues
Recommended mods to go with this
Thanks
Conflicts and compatibility
This mod overrides no files, and should not conflict with any other mod.
Working for The Sims 4 v1.49.65 / The Get Famous Patch

This is the old design of Emotional Inertia, kept updated for anyone who prefers it.
For the latest design, install the Meaningful Stories mod!