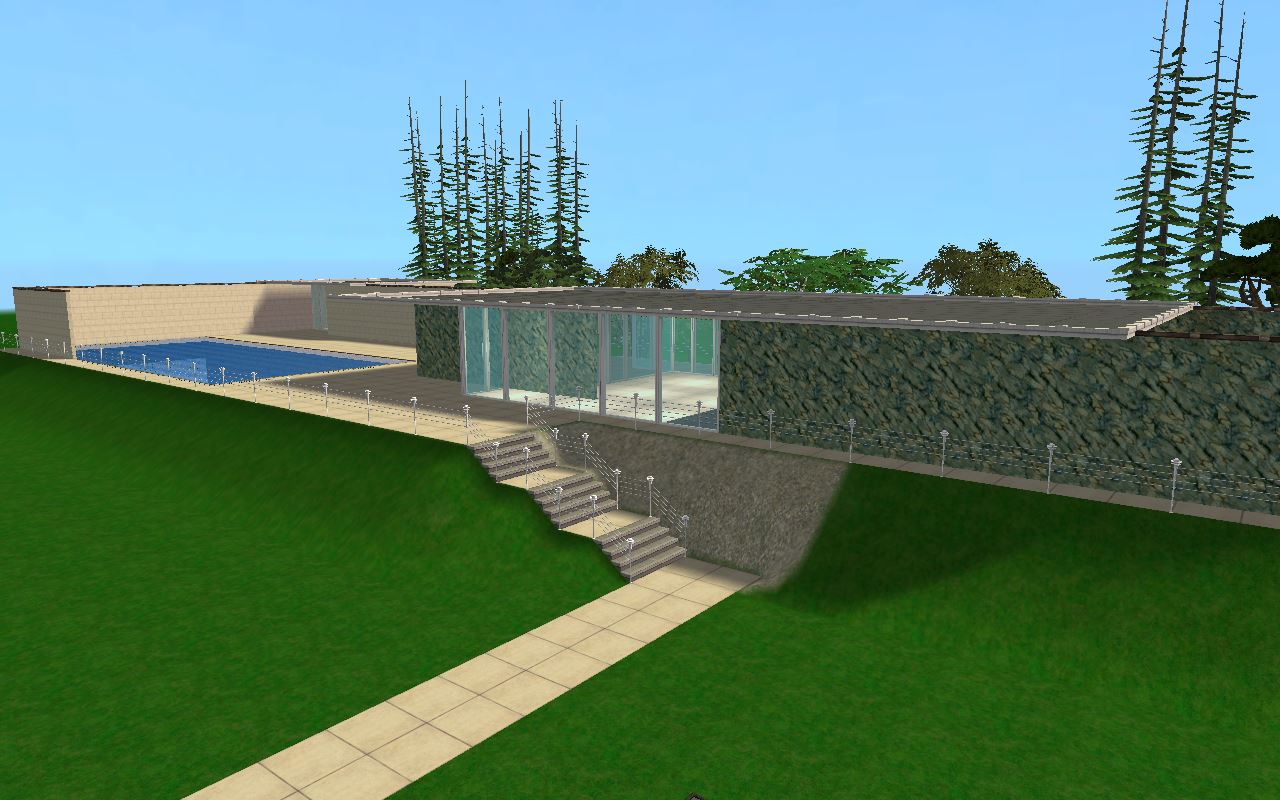 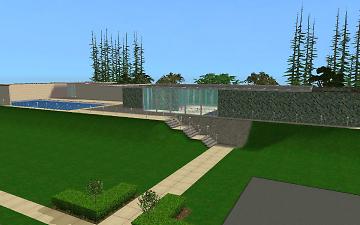 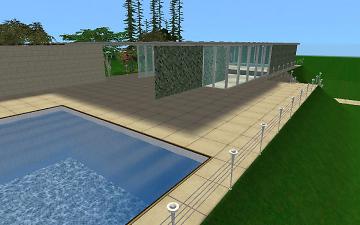 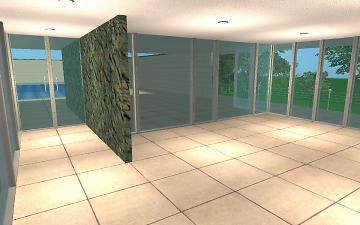 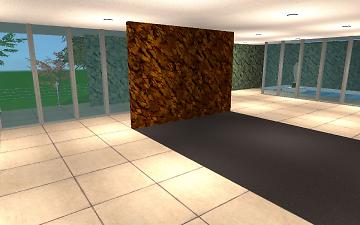 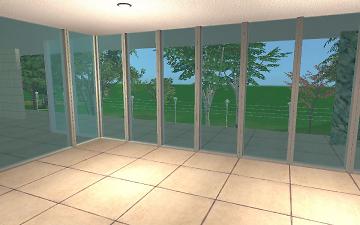 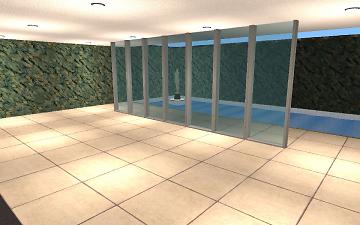 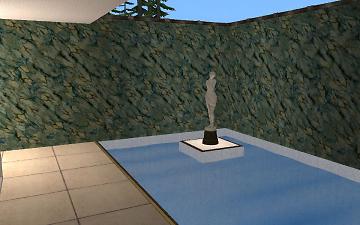 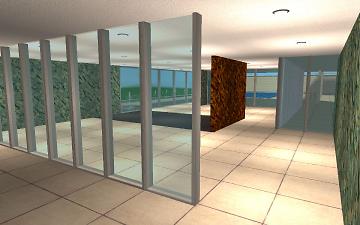 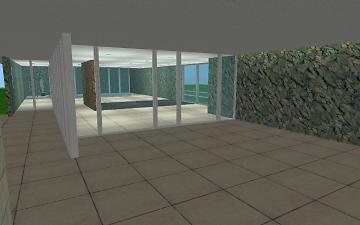 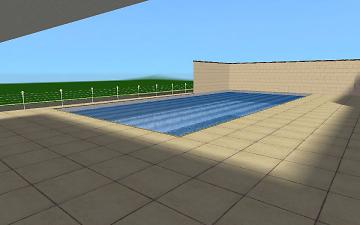 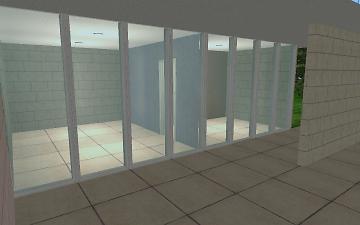 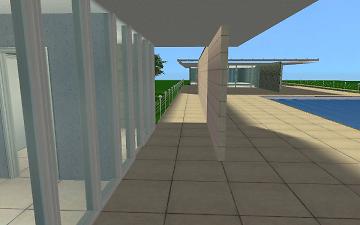 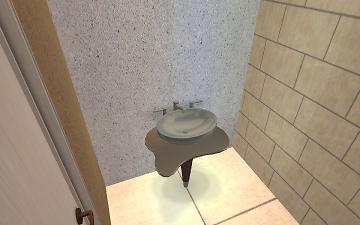 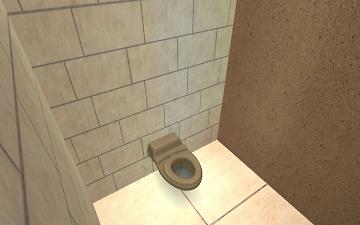 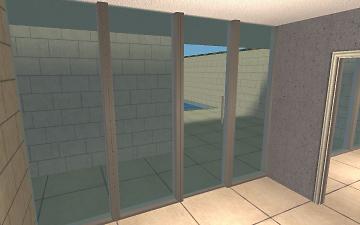 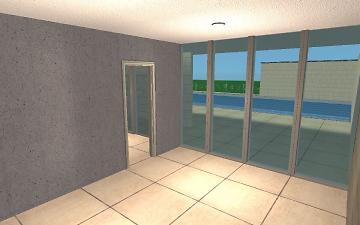 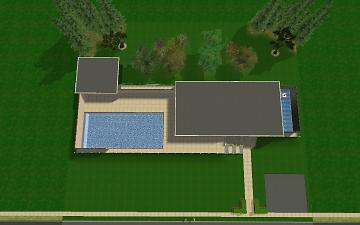 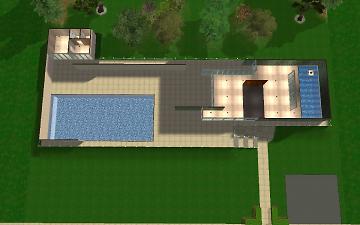 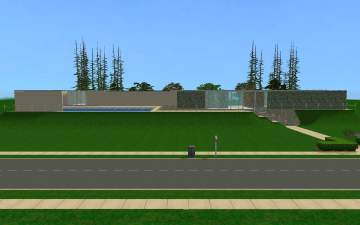 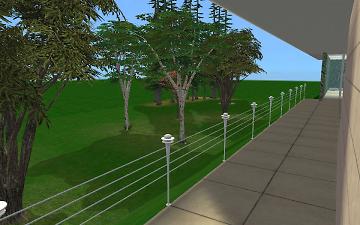 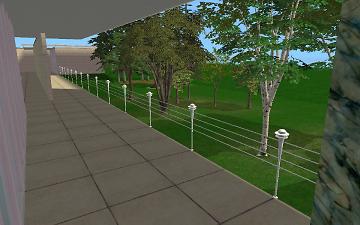 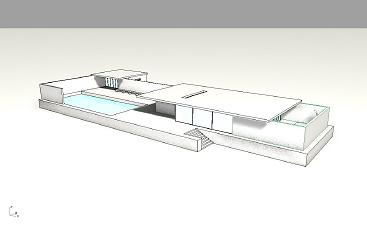 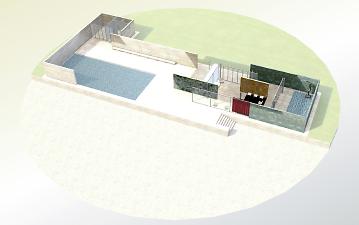 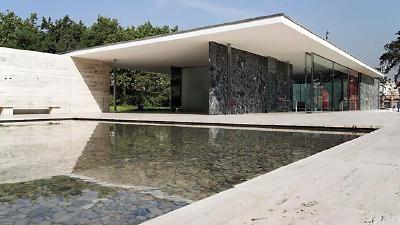 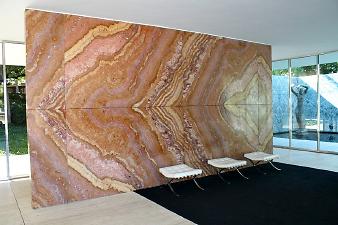 24 Thanks  Thanks     4 Favourited
In 1929, architect Ludwig Mies van der Rohe was commissioned to design a building for the German section of the International Exposition in Barcelona, Spain. His creation, the "Barcelona Pavillion," became an iconic focal point of modern architecture, and arguably is responsible for the "MidCentury" style that followed in the 1950s and 1960s. With its extremely clean lines and use of floor-to-ceiling glass window panes, the similarities are not hard to spot. 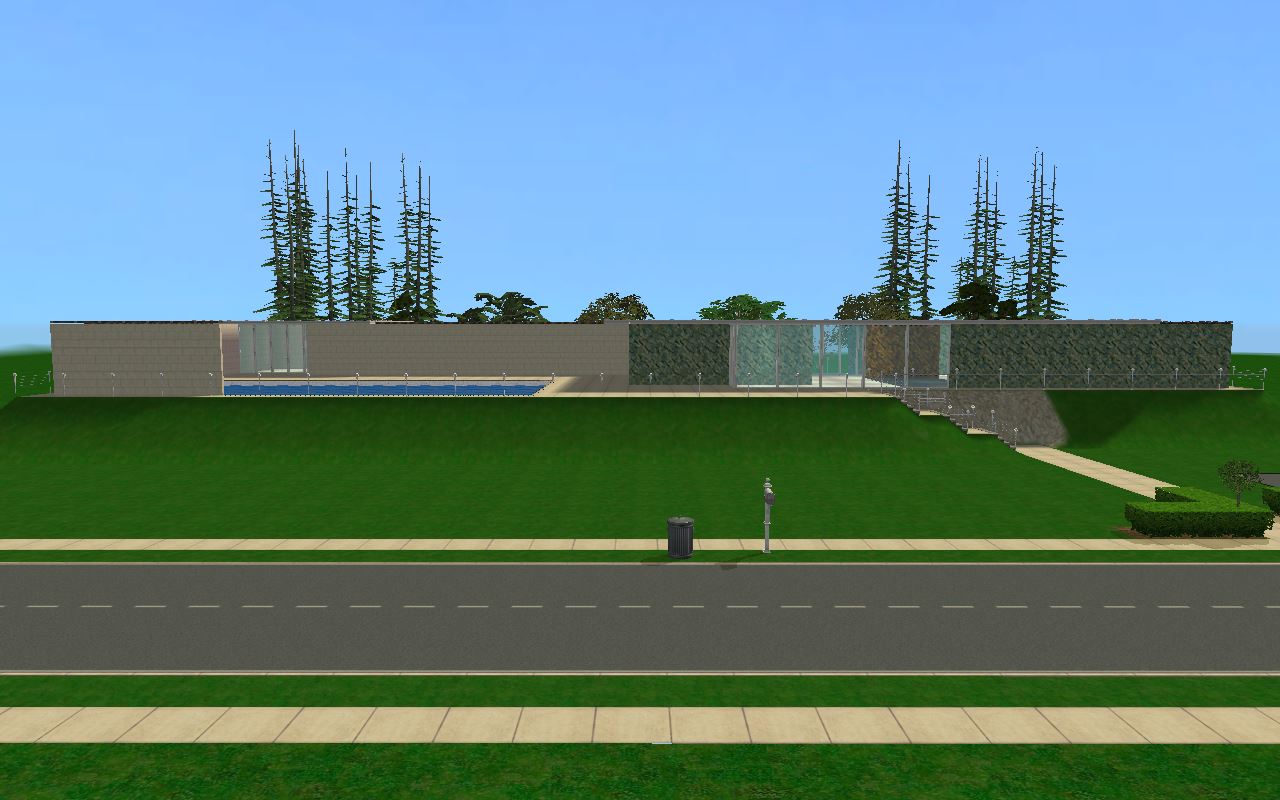 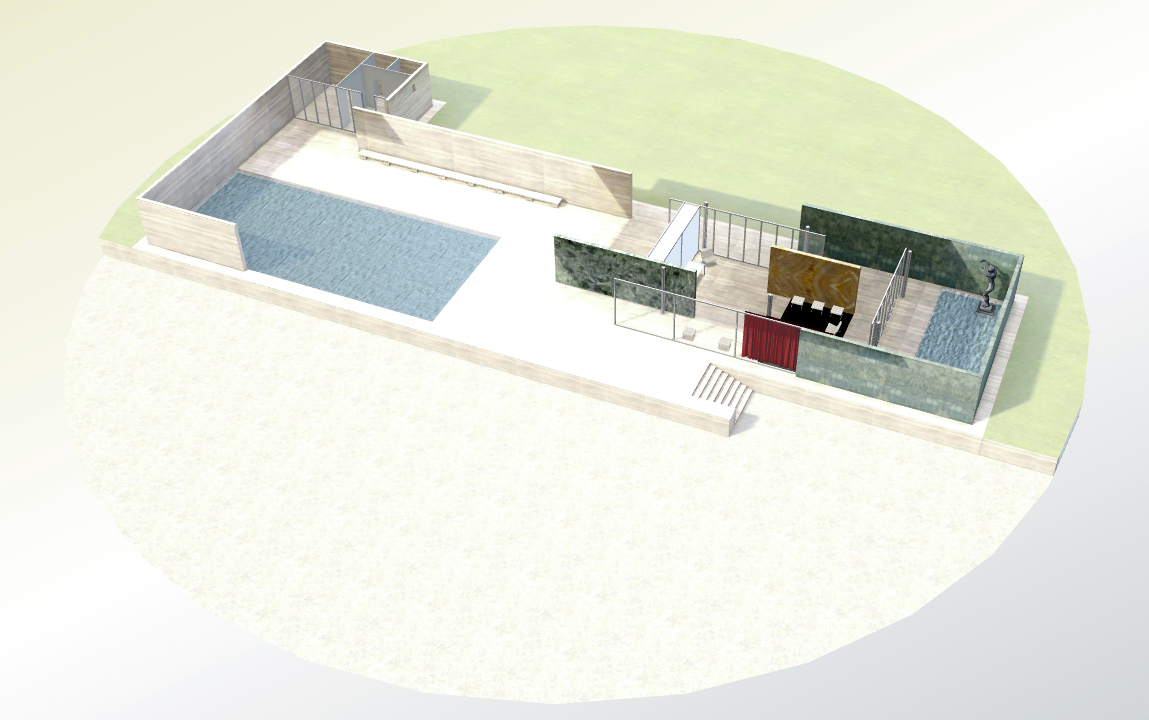 I have been intrigued by this building ever since I did a report on Mies van der Rohe in college, so I decided to pay homage by replicating the building into The Sims. It is an unusual structure for a home - it was designed merely as an architectural showpiece. However, I think with a little creative decorating, this could be a spectacular home for a creative artist or celebrity Sim.

As such, a kitchen will need to be designed (probably in the room next to the existing bathroom) and a living/sleeping space in the main part of the building. The brown marble wall will be useful as a divider between those two areas. I'd be curious to see photos of how your Sims decorate the place! Alternatively, it could be converted to a community lot for an art exhibit, weddings, or some other such use.

I did not want to use custom content but I have included 3 pieces from Windkeeper's "Diana" set. My "Ergo by Armani" windows and doors do show color options correctly and only allow the default bright red color. Otherwise, I might have used those instead to keep it CC-free. You can use the Clean Installer to remove the CC and replace with the "Ergo" set, if you like.

Additional Credits:
Thank you to Mies van der Rohe for the inspiration, Google Images for the real-life photos + floor plan, and Wikipedia for the building's backstory.