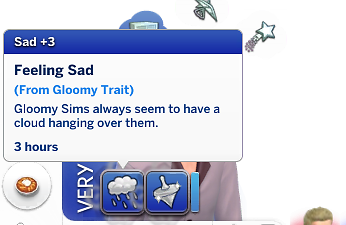 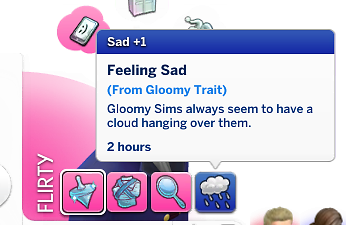 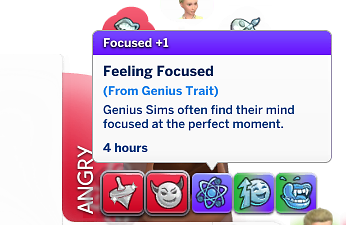 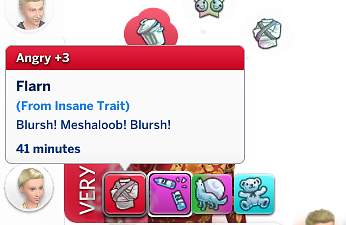 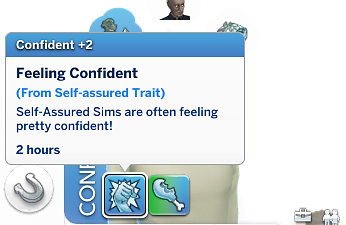 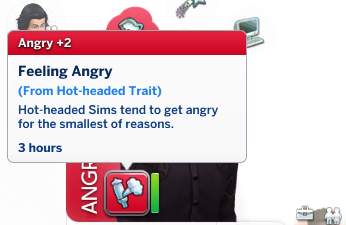 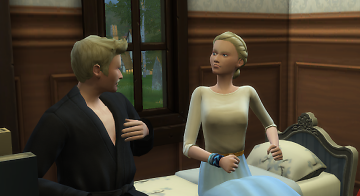 328 Thanks  Thanks     137 Favourited
What it does
When an emotional trait like goofball or gloomy gives an occasional moodlet for its associated emotion, like 'Feeling Playful' or 'Feeling Sad', the moodlet will have a random strength, instead of always being +1.

Those occasional +1 moodlets from the emotional traits rarely do much, especially the negative ones. With this mod, even if you're not deliberately putting your sim into the emotion associated with their trait, there should be a better chance they'll accomplish it themselves sometimes.

Recommended mods to go with this
Thanks
Conflicts and compatibility
This mod overrides no files, and should not conflict with any other mod.
Working for The Sims 4 v1.69.59. The Snowy Escape Patch, 14th December 2020

Support and updates
To keep informed of updates to my mods, click the follow button on patreon for email alerts. You can also follow roBurky on tumblr and twitter.
To talk about the mod with other players, or get live help with installing or using the mod, join our Discord server .

Need more information?
Back to download view
57 Comments / Replies (Who?)