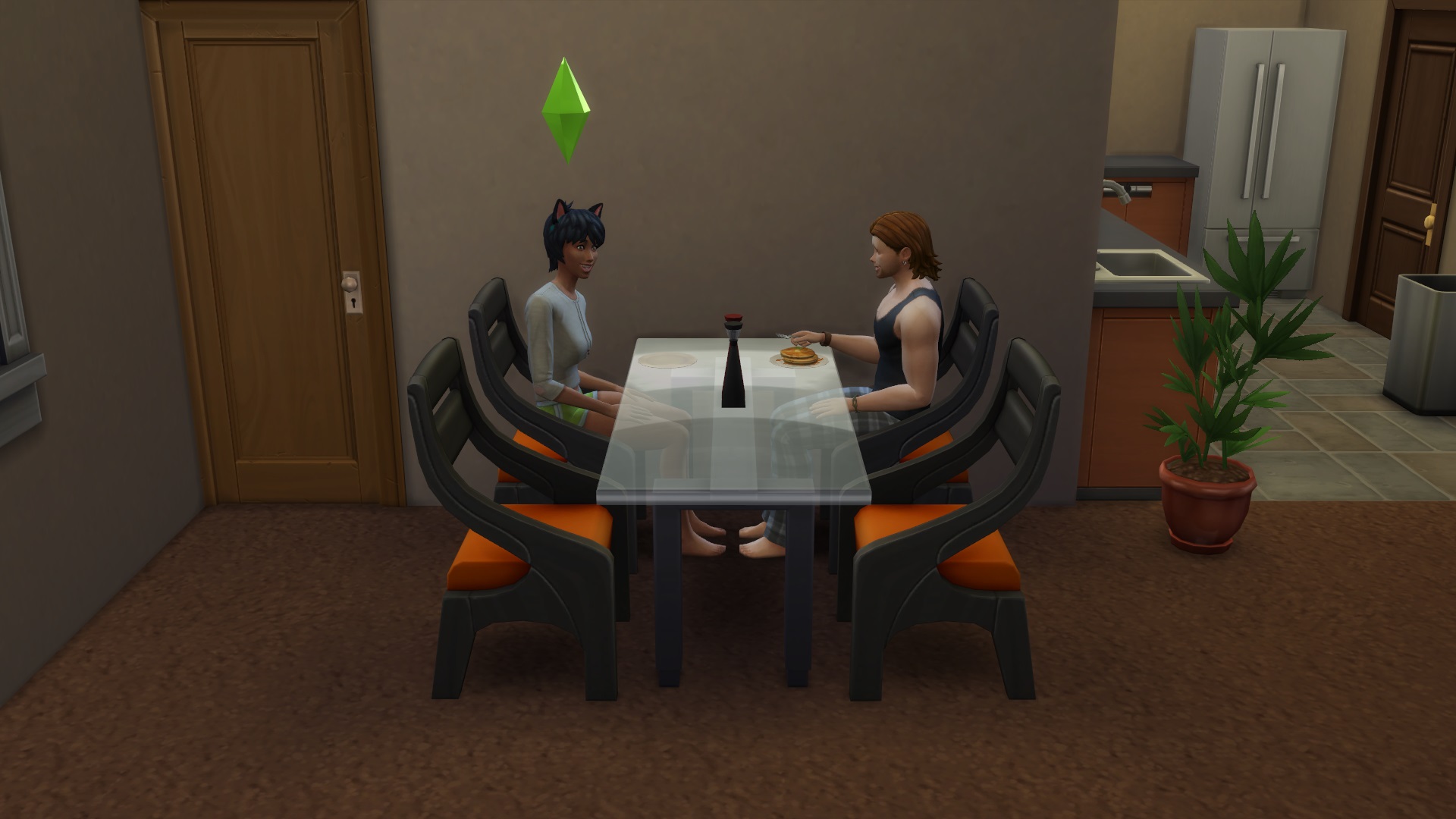 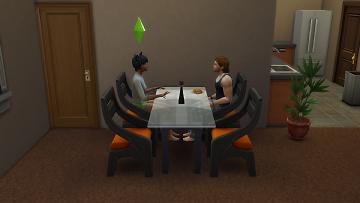 What this mod does, or at the very least attempts to do, is wipe out as many of the endless little empty social greeting interactions that Sims do these days as possible. You've seen these happen when your Sim stops whatever he/she/it is doing, stands up (if they are not already standing), and waits until another Sim comes over and gives them a kiss, hug, or if they're a teen, shows them a funny video. They do these as a way to say hello before starting a conversation with another Sim they already know. They also make it almost impossible, for example, to sit through an entire meal, and they sometimes interrupt whatever your Sim was doing permanently.

I've been using this mod for about a week in my two adult Sims and one toddler apartment, and the difference has been dramatic (I can tell, because I haven't had nearly as many urges to kill my Sims). It had gotten to the point where if two Sims were sitting across from one another at a table, or next to each other on a sofa, they almost always had to get up and do one of these "cute" little interactions before doing the one they were supposed to do, which they were quite capable of doing while sitting and instead now did while standing. But lately my Sims have been doing the unheard of; finishing an entire meal while having their rear ends parked firmly in the same seat, or kissing their spouse next to them on the sofa without getting up to kiss them first.

IF I understand where these interactions come from (and I'm not sure if I do or if I just got lucky) I think they have to do with these things called Short Term Bits. They seem to be hidden buffs that Sims get, and I think other Sims then loot them (relationships.relationship_bit" n="ShortTermBits_QuickSocial_Hug_NotVisible, for example). They have a timeout, and I simply set it to a really big number.

As I said, I've found the mod to really cut down on all the little greetings at home, playing on the same lot with the same sims day to day. But if you rotate families, be aware that each sim has their own timeout for them and they need to get each kind out of their system at least once. And there may be opportunities for more of the greetings to pop up simply when you travel to new lots as well, but after experimentation, it seems to really help there, also. Even if they do start up again, it seems short lived and more sane.

If for some reason you're not seeing a difference, read the above again to see where the mod helps the most. Any feedback on that would be appreciated.