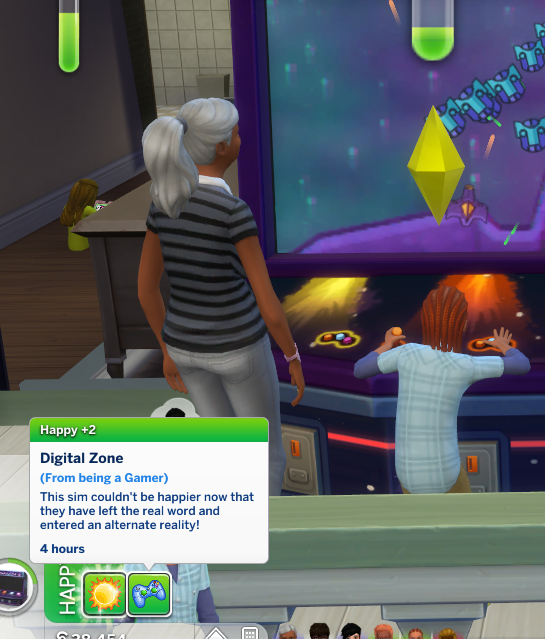 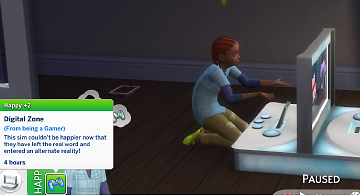 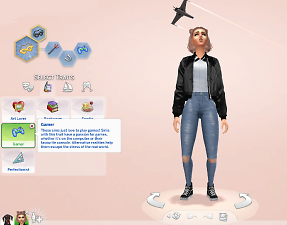 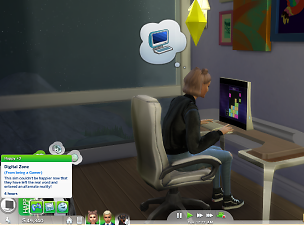 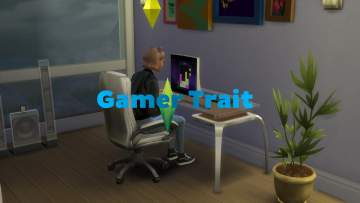 These Sims just love to play games! Sims with this trait have a passion for games, whether it's on the computer or their favourite console. Alternative realities help them escape the stress of the real world. 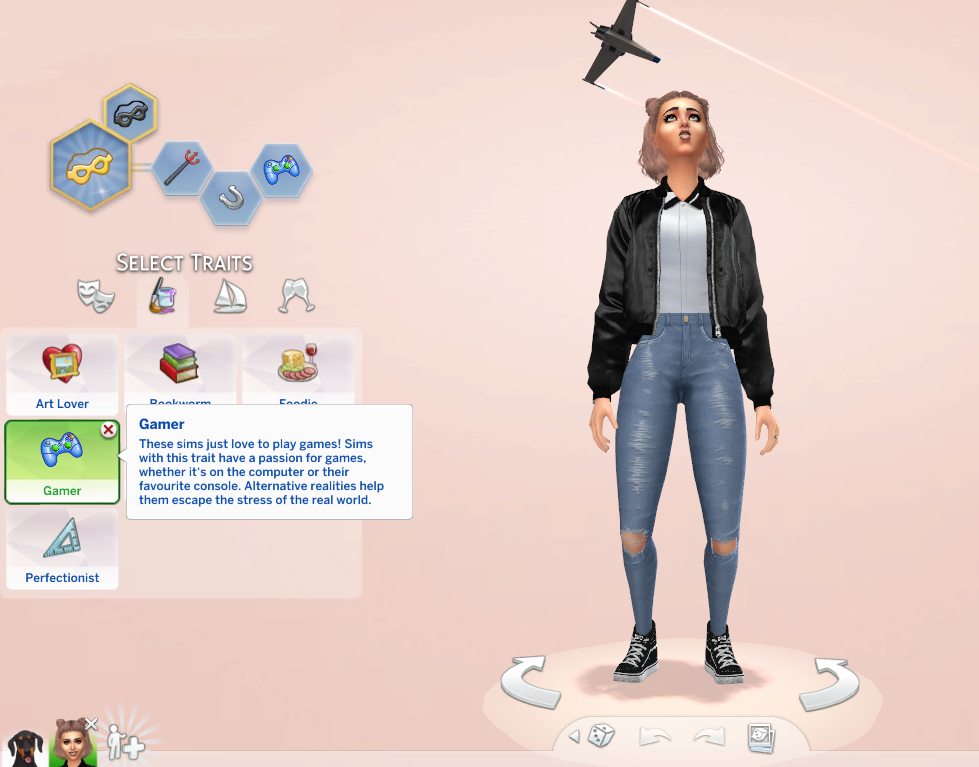 This was one of my favourite traits back when the game first came out and I was so frustrated when it would no longer work in game, so here is my version of it.

Gives a 3+ Buff to Happy when playing video games, which also includes Void Critters for children and Arcade Machines. 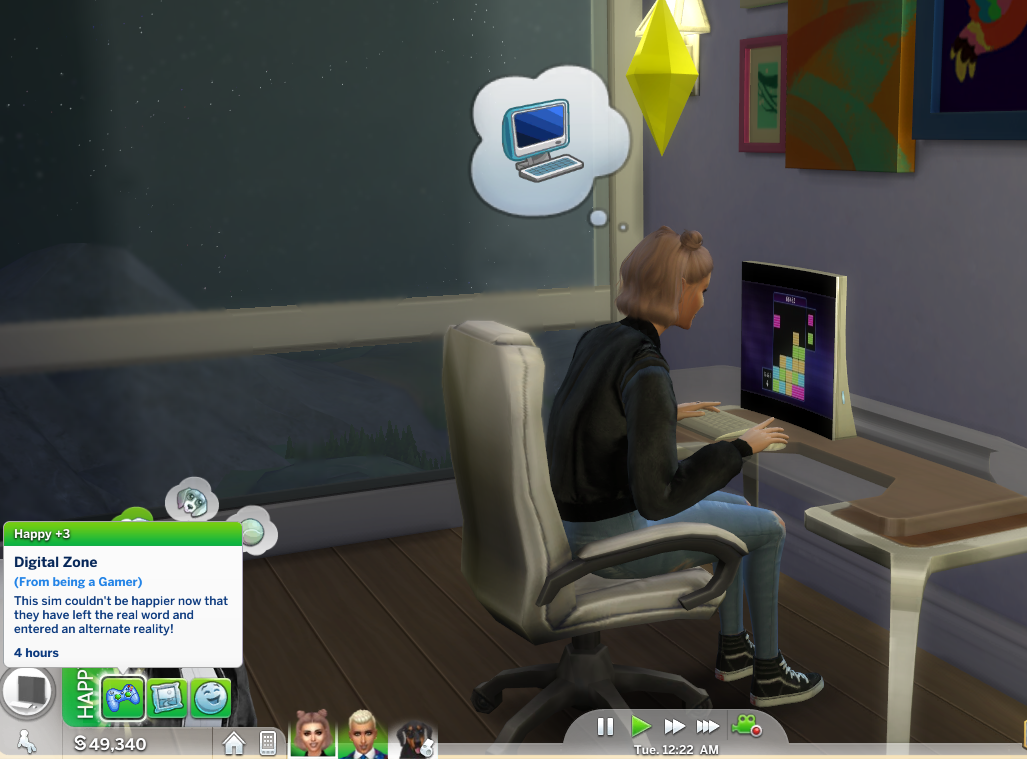 
Additional Credits:
Made via Zerbu's Mod Constructor V3, check them out!