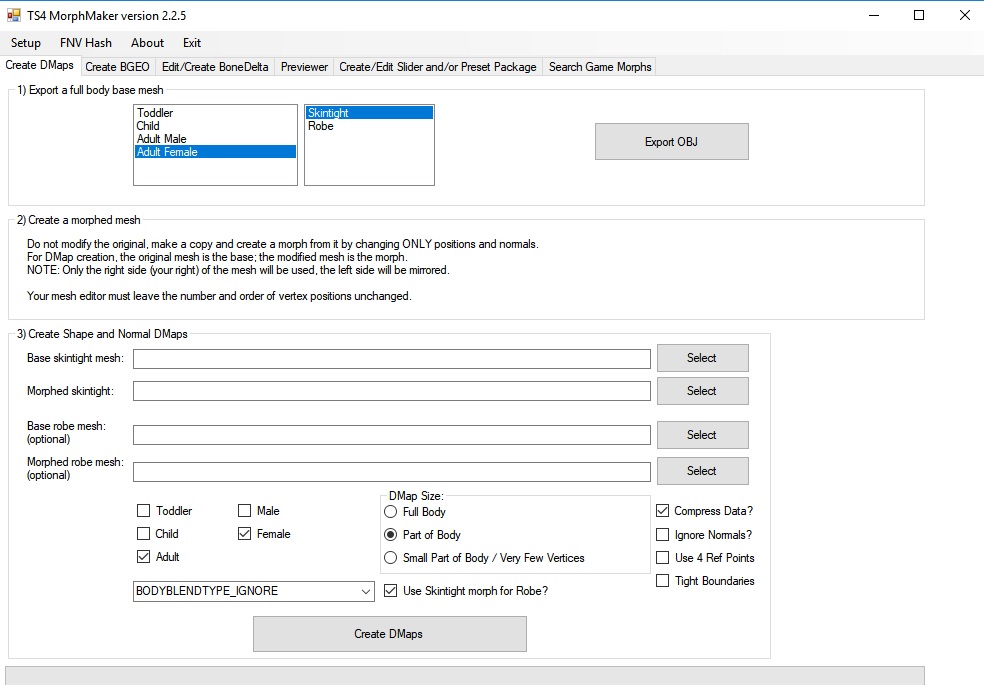 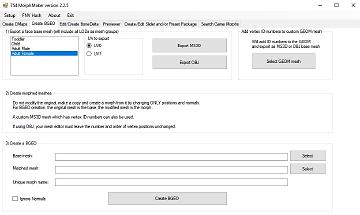 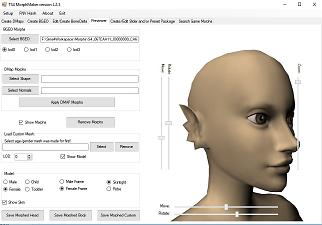 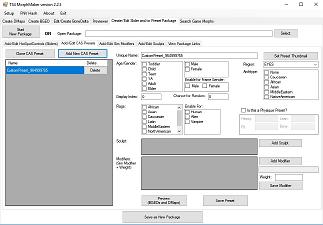 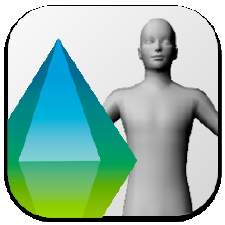 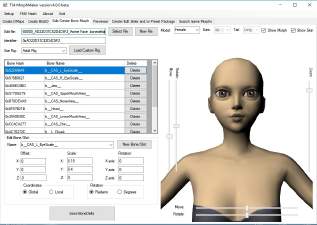 62,437 Downloads Quick download 547 Thanks  Thanks 216 Favourited 190,450 Views
Featured Upload!   This is a featured upload! It showcases the best talent and creativity available on MTS and in the community.

Created by CmarNYC View Policy / About Me View Downloads Home

This tool makes custom TS4 morphs from base and morphed meshes and packages them in CAS sliders and presets.

Meshing can be done using any 3D editor that will import and export OBJ without changing the vertex order or the face sequence or the group/object names. Tested with Milkshape and Blender.


There are three tutorials posted which have much more complete information and instructions:

Check back for updates - now that people are using the tool I'm fixing bugs and updating often.

If something doesn't work, please check to see if an update has fixed it. If not, please report any bugs in the comments, giving as much information as possible. Please upload your meshes if you're having trouble making a BGEO or DMap. Please upload your package if it's not working as expected in CAS or the game. If you'd rather not upload, pm me with a link.

Note that the bone delta editor hasn't had much testing, and that support for morphs of custom meshes is mostly untested.

With thanks to lumialover8 for encouragement and lots and lots of testing. His beautiful sets of ear and hand sliders and presets made with MorphMaker are here: https://luumiasims.com/post/1740062...headed-toward-a

V4.3
Head distortion in DMap preview of certain morphs is fixed.
Bone morphs for preview have been reworked, but animal meshes are still distorting so it needs more work.

V4.1
Corrections to the bone delta editor which hopefully will fix the issue of numbers randomly changing for some users, probably affecting users in countries that use a comma instead of a period as the decimal marker. I can't test this myself, however.
Improvement to the accuracy of bone morph previews.

V3.0-beta
This is a beta since there are a lot of changes, and the previous version is still available until this one is final.
Enhancements:Bugfix: Export of morphs included tiny inaccuracies due to rounding error causing distortion when exported whole body morphs were used as a morph mesh. This has been corrected.

V2.3.2
Bugfix: Corrected bug causing body preset custom thumbnails to not show up. (Use this version to open and save a package with body preset thumbs to fix it.)
Changes: The thumbnail import/export window will now resize correctly. The preset sort order will display as a decimal number.

V2.3.1
Bugfix: Correction of bug in HotSpotControl display causing gender restriction flags to be incorrectly checked in some conditions.
Changes: Addition of custom regions for Sim Modifiers, for use in body presets meant to affect only one body part. Choice of regions in presets restricted to regions that can have presets. Cosmetic and informational changes to screens.

V2.3.0
Bugfix: Correction of bug in the Tight Boundaries option of DMap creation which caused erroring out.
Changes: Addition of mesh export from all previews, including previews of presets, sculpts, and sim modifiers. Exported meshes can now be modified and used as a morph mesh with the correct standard base mesh for the age/gender.

V2.2.7
Bugfix: Correction of DMap compression bug introduced in previous fix, affecting base/morph pairs of any size with areas of unchanged normals. Anyone using V2.2.6 should update immediately.
Change: Body meshes exported from the Previewer tab will now include the head.