They Came From The Deep!: CAStable Accessory Fins 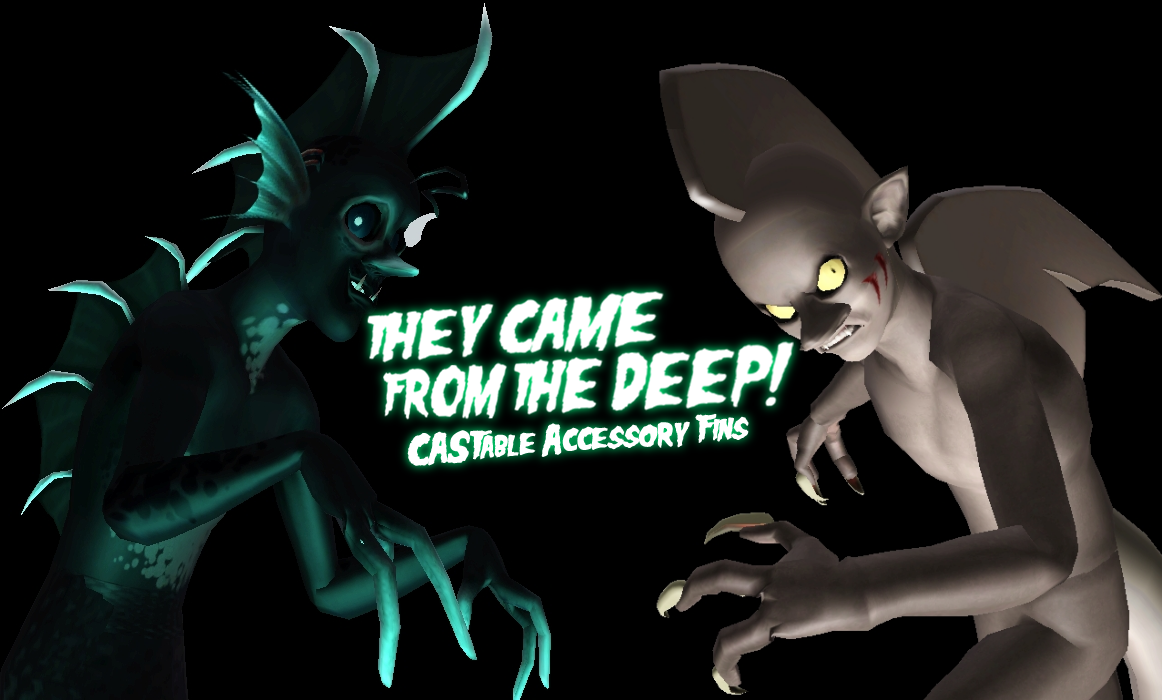 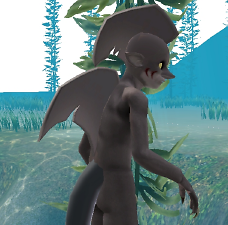 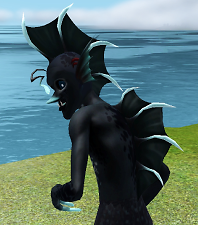 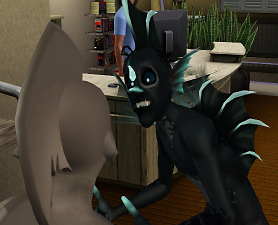 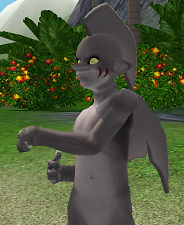 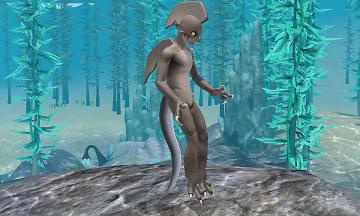 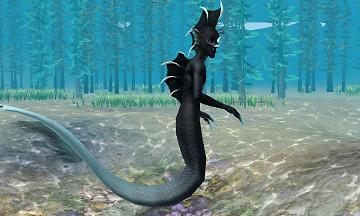 Here are two sets of fish fins for your mermaid sims, or any sim you otherwise want to stick fishy parts on. One set contains a pair of cartilaginous fins like those found on sharks or chimaeras, and one set contains a pair of ray fins like those found on goldfish or seahorses. Did you know that we humans, along with all other terrestrial vertebrates, are grouped right together with ray-finned fish (Actinopterygii) in the clade Tetrapoda? Anyway, each set has a fin that goes on the sim's head and a fin that goes on the sim's back. The ray-fin set also includes an anglerfish-inspired glowing lure! The parts are all separate and can be mixed and match as you wish, BUT you may need the "multiple accessories per location" function from Master Controller for certain combinations (ie. the anglerfish lure and shark head fin both occupy the glasses slot).

These accessories are available for teen through elder, for both genders. The head pieces are unisex, while there's a different version of each back fin for each gender. You can find the lure and the shark head fin in the Glasses slot, the ray head fin in the Earrings slot, and both back fins in the Bracelet slot.

NOTE: These objects look like poo poo in CAS, but I promise they look fine in-game! Also, I'm aware only some of them have custom thumbnails, was having trouble with that, sorry

These items are fully CAStable! The ray fins have three channels: 1. the base of the bones, 2. the tips of the bones, and 3. the fleshy membrane between the bones. The shark fins have two channels, 1. the base of the fin and 2. the lighter underside of the fin.
The lure also has two channels, 1. the stalk and 2. the bulb. The bulb is emissive, and will glow in whatever color you set it to! 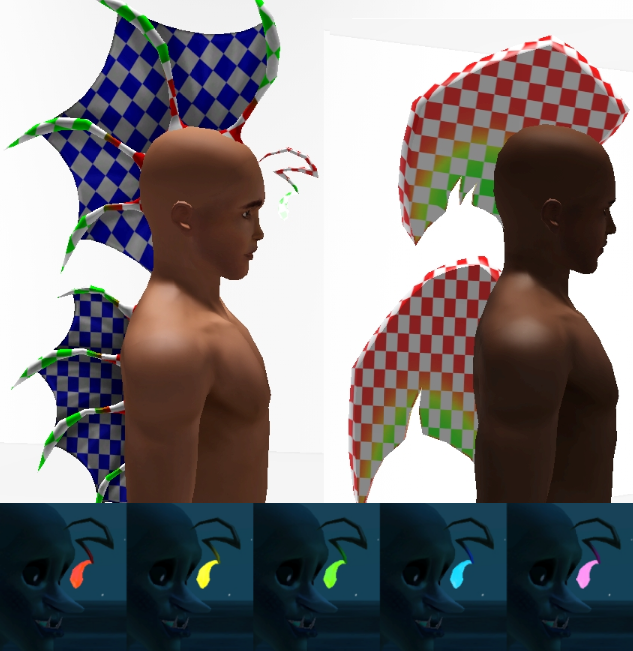 I've been 3D modeling for a few years now, but these are my first ever pieces of Sims custom content (well, besides super simple "adding logos onto T-shirts" silliness). I made them for a very specific purpose - I wanted to make Sims of two characters I created last month for Mermay, but wasn't satisfied with the CC I could find online, so these items were created specifically with these characters in mind: 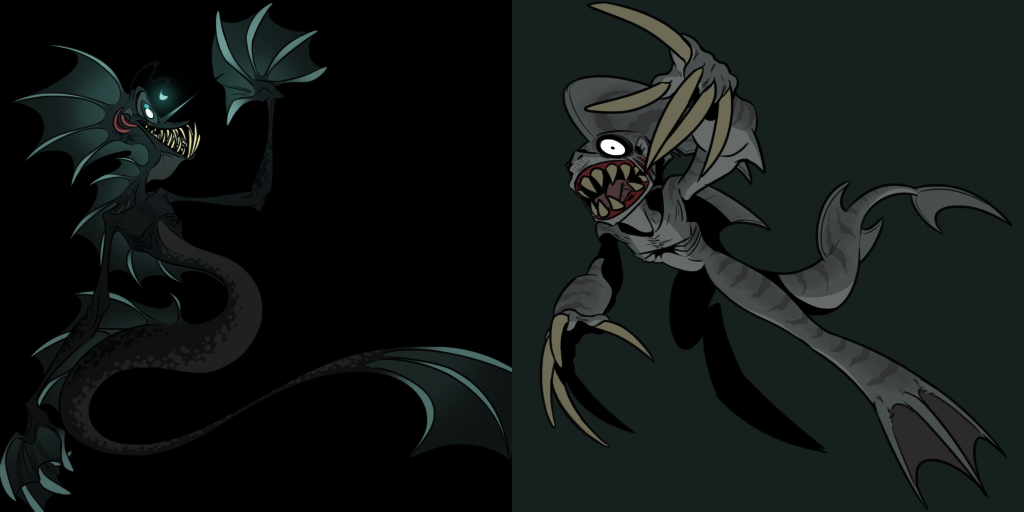 ...but I figured since I hadn't found any CC quite like this, maybe others would like to use it too.

Obviously these items aren't all of the CC you see on the Sims shown in the preview images. Here are credits for the other pieces of CC on these Sims:

On the anglerfish Sim:
Mermaid tail by æ¸…éœœç«¥ï¿½*ï¿½ï¼ˆQingshuangTongzi
Merman ears by Ginko

Aaaaand both of them use Arisuka's Simple Special Effects Eyes.

(I made the skins, but they're messy and incomplete (only for TM/YM) so I felt they weren't worth including.)

Anyone who ends up using these, I encourage you to post screenshots in this thread of whatever you use them for! I'd be stoked to see whatever anyone else might end up creating with these.

Anyone who wants to modify these in ANY way, go right ahead, but credit for the base would be nice.