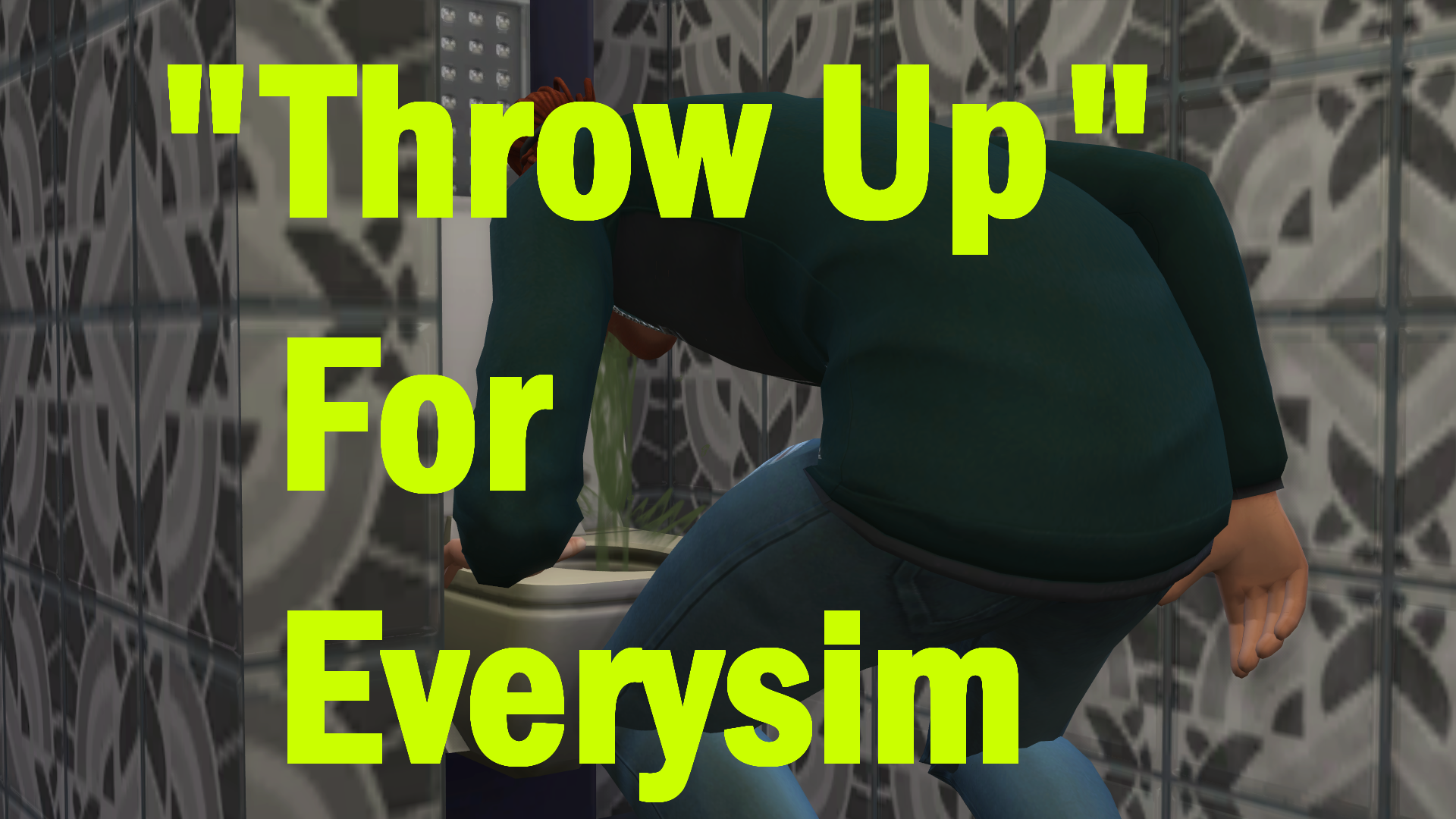 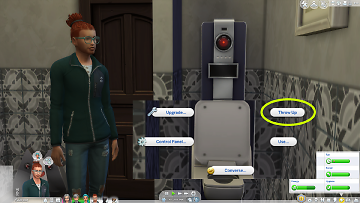 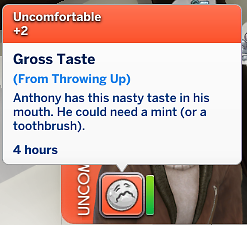 If you experience troubles, let me know!


Sick of your sims NOT throwing up when you want to?
Well, here you go! Now you are the one making them puke when they don't seem to want to on their own!

What This Mod Does
This mod unlocks the "Throw Up" Interaction - depending on the flavor you choose (see below) - on toilets for Teens up!
I have created it (in literally 5 seconds) after I noticed that when playing a pregnant sim, this interaction is now unlocked.

Your sims now get a +2 uncomfortable buff "Gross Taste" lasting for 4h after throwing up, because we all know it's not a pleasant taste. To get rid of it, have them brush their teeth, and all problems are magically fixed. 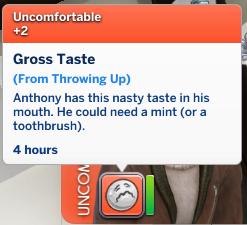 
Which File Do I Use?
I have added two flavors to this mod: Throw Up For Everysim ALL, which is literally everyone (Teens and up).
Throw Up For Everysim SQUEAMISH will unlock the interaction for squeamish sims and the already set sims which by the way are
- sims feeling sick
- pregnant sims
- food-poisoned sims
- vampires with the withered stomach
- sims with rodent disease level 3
- sims who caught a sabotaged grand meal with yuck fruit
(yes, I know, THE MORE YOU KNOW)
Note that the squeamish versions obviously requires Outdoor Retreat.

PLEASE ONLY USE ONE AT A TIME!!! Shoving both of them into your mods folder isn't really the way to go.

Additional Credits:
Sims4Studio
Flerb on Deaderpool's Discord regarding "HELP! Where do I put my buff now?!"