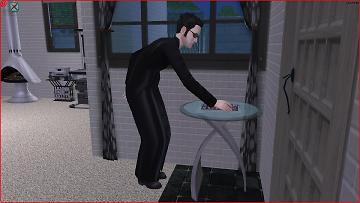 Created by simler90 View Policy / About Me View Downloads Home

UPDATE 2:
- The mod now affects the newspaper, and sims will put newspapers down properly when the player cancels the sim's interaction.
- Sims can now put newspapers and magazines on a surface which is in a different room.