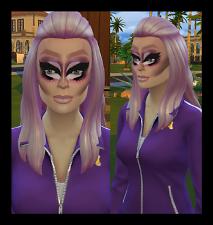 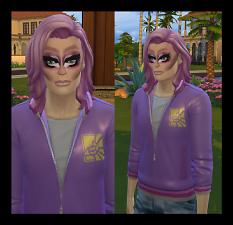 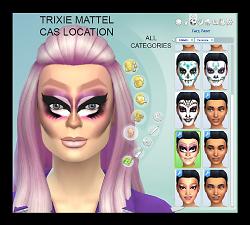 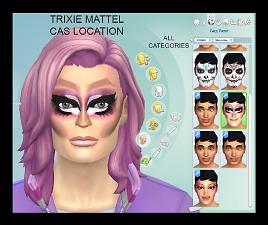 26 Thanks  Thanks     6 Favourited
Hello Everyone!

Ever wanted to have your Sim look like Trixie Mattel? Now you can! As one of the premier drag queen
makeup artists in the world today, Trixie's gorgeous lavender look will certainly bring some WOW! to your game.
Find it in makeup/face paint in CAS, for males and females aged teen through elder, in all categories,
not allowed for random sims.

--Because it's face paint, it's an entire face, so it works best with the lightest Maxis skin tone.--

Trixie Mattel is the stage name of drag performer Brian Firkus. Trixie is best known as a contestant on Season 7 of RuPaul's Drag Race as well as the winner of Season 3 of RuPaul’s Drag Race All Stars.

She was a contestant seen by many as an early front-runner. A seemingly premature elimination in Episode 4 caused outrage among fans, however, she was brought back in Episode 8, only to be eliminated again in Episode 10. Her elimination is still considered one of the most controversial decisions in Drag Race herstory. A 2017 Buzzfeed poll saw Trixie receiving over 19,300 votes to top the "queen who left too early" category, showing that years after the incident, fan feelings are still strong.

Nonetheless, she is widely considered one of the show's major breakout stars, along with friend and fellow Season 7 contestant Katya. Many fans note that Trixie's ad-hoc wit is better suited to unscripted environments. She used to star on a web show with Katya, entitled UNHhhh. Now she stars with Katya on their new show entitled The Trixie & Katya Show on Viceland" 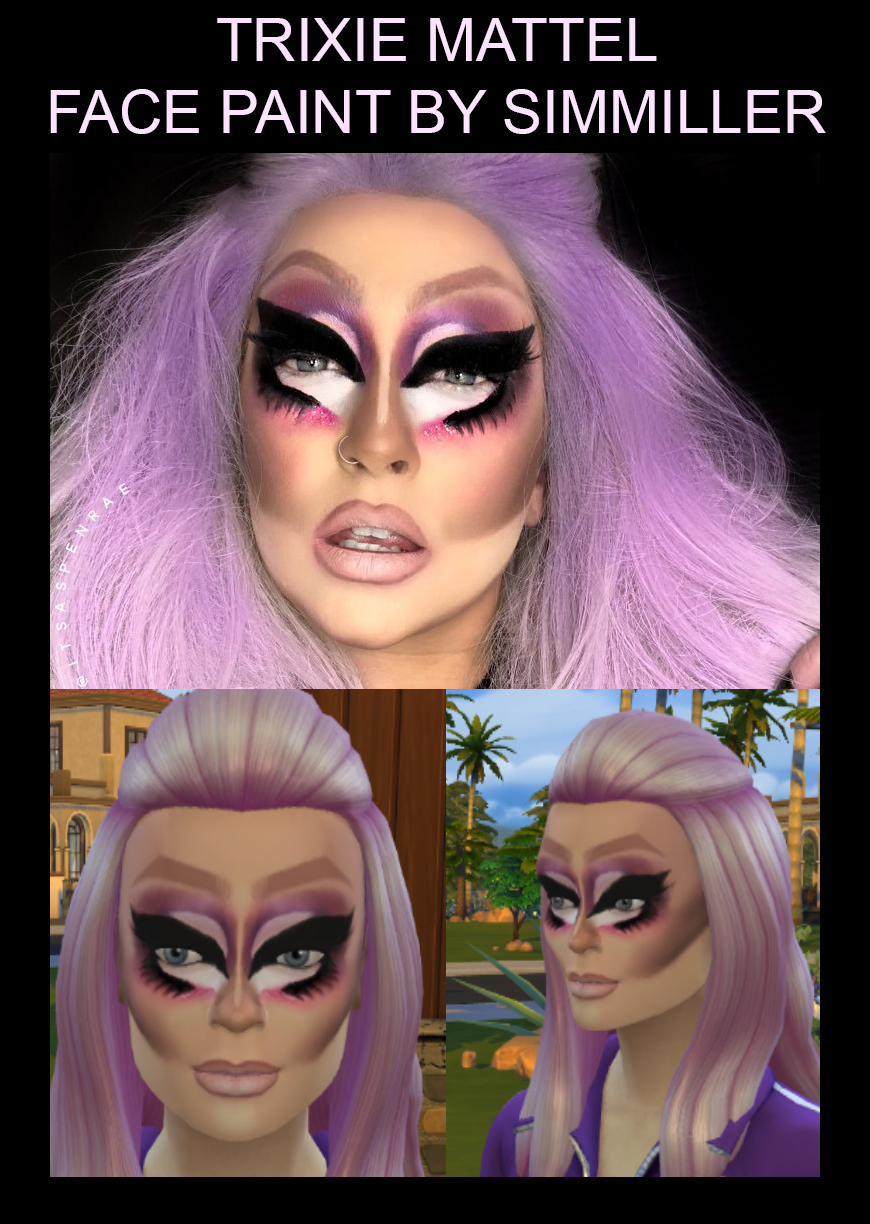