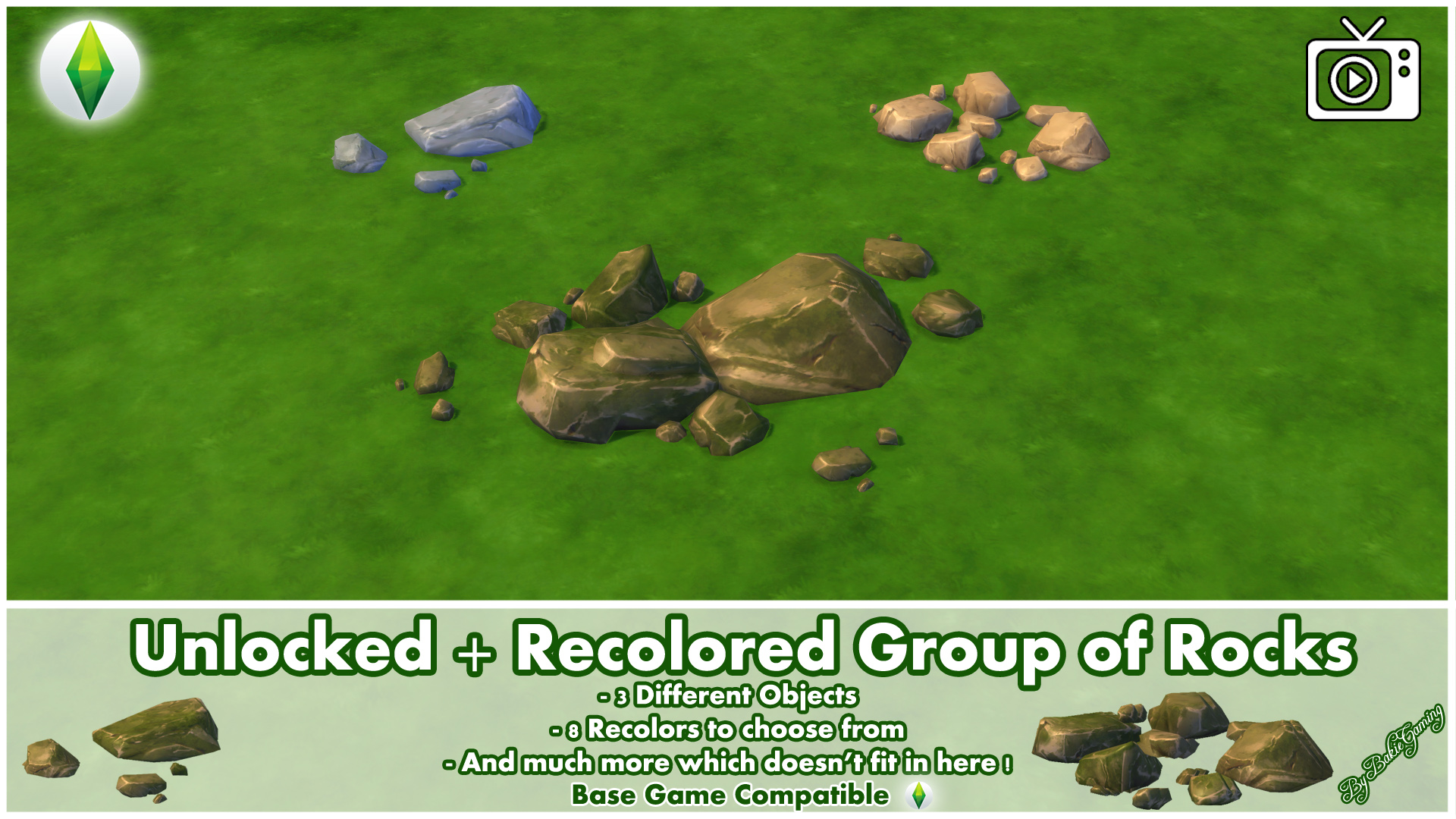 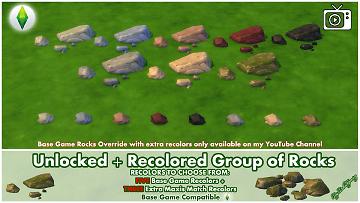 284 Thanks  Thanks     51 Favourited
This is a Maxis Recolour which means that it is a recolour of an item that already exists in your game. Please check the Expansion pack requirements to see which game pack it recolours. Now these items are also placeable on the Ocean's floor.
Please RE-DOWNLOAD and delete the old files!

Unlocked + Recolored Base Game Group of Rocks
Two years back I released a pack in which I unlocked and recolored some rocks out of the Get Together Expansion pack, but these same kind of rocks can also be found in the base game.
Besides that, back then I made my own recolors which weren't bad, but didn't completely match the Base Game Rocks.
And last but not least, if you have the Playable Pets mod in your game too, one of the rock's object names will appear on strange places in the User's Interface sometimes.

So, I needed to make an update of that pack and this is the first part of that. I say the first part as the "2016 pack" also contains a "special" rock which could be raised out of the ground.
For that specific kind of rock I will make another separate pack later too.

But back to this first pack. Besides making it a Base Game compatible pack, I also added not only the 5 recolors you can also find by the default Base Game Rocks, but also 3 Extra Maxis Match recolors which will match the world of Windenburg and the Jungle of Selvadorada.
As those 3 Extra recolors are not part of the default Base Game rocks, I've made overrides for those rocks too and added them as a bonus which can only be downloaded by clicking the YouTube video link above and taking a look in the video description.
Other things I've added are possibilities for easy placing these objects everywhere you want without having to use the "moveobjects on" cheat.
To get some more info, see some example scenes and be able to download the YouTube BONUS Base Game Rocks Overrides, click the video link above.

I Hope you like these updated Unlocked and Recolored Base Game Rocks and will give me some credit if used in screenshots or videos!