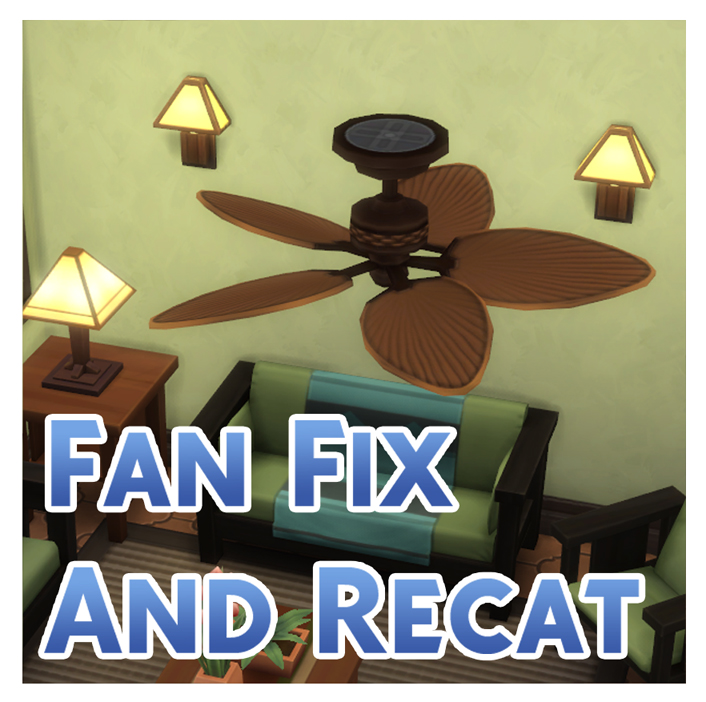 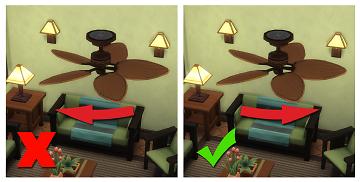 215 Thanks  Thanks     44 Favourited
This mod is now obsolete as of the June 18th 2019 pre-Island Living patch.
It can be safely deleted from your mods folder as it is no longer needed.

Description
This is a little fix for a little niggle that a few other players have spotted as well. If the animated ceiling fan that came with the August 16th patch were to exist in the real world it would be rotating the wrong way based on the angle of the blades. Instead of pushing the breeze towards anyone sitting below, it would be pulling the air up toward the ceiling. This file alters the fan to spin in the other direction. It also moves it from Misc. Decorations to Misc. Electronics because the Misc. Decorations section is cluttered enough as it is already. 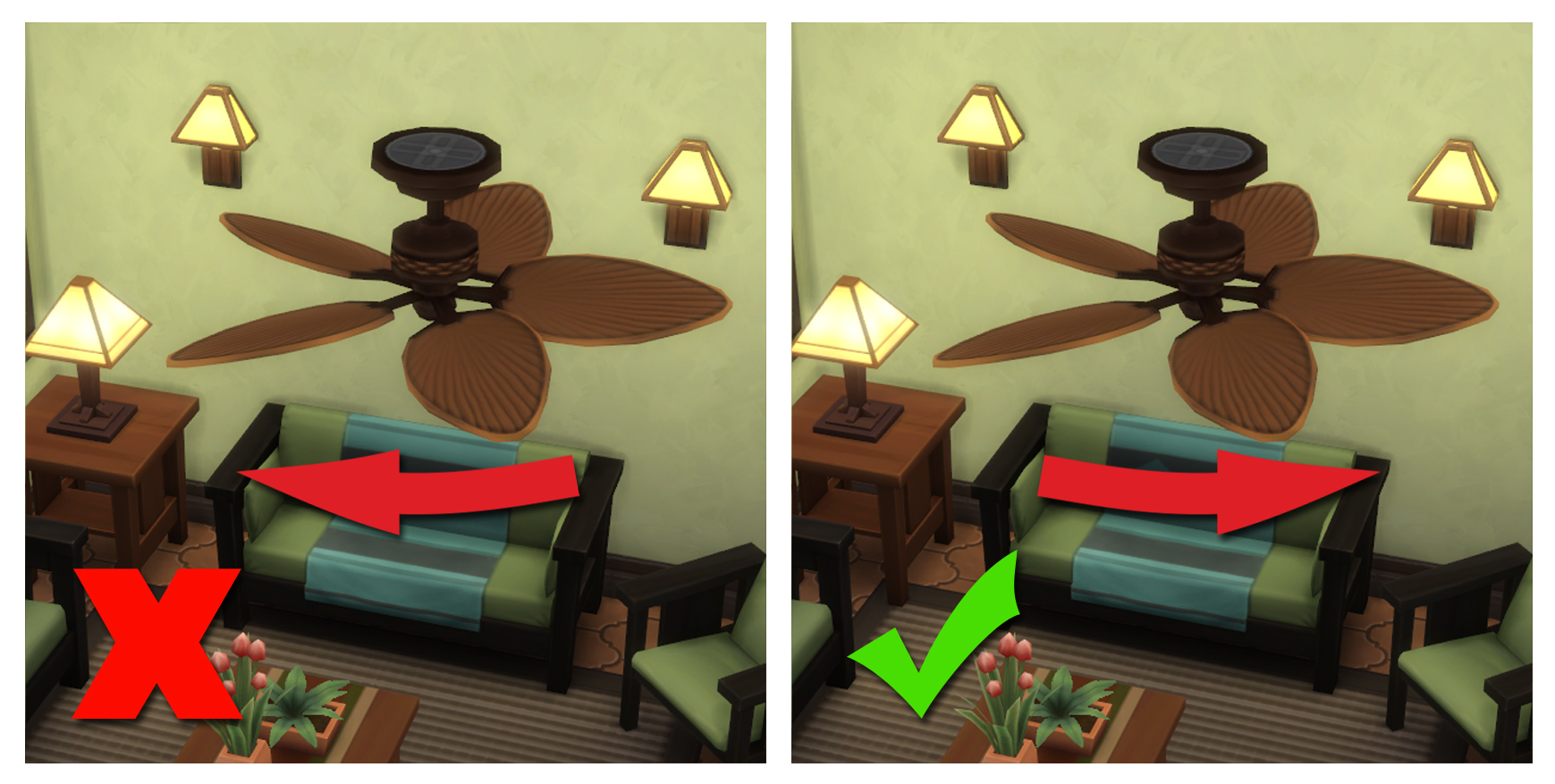 Info
This file overrides the model shader info to alter the speed setting from -3.5 to 3.5 making it spin at the same speed but in the other (correct for cooling) direction.
It also removes it from the Misc. Decorations section of the Build/Buy catalogue and instead places it in the Misc. Electronics section which, to me, makes much more sense. The gurus doing the live stream showing off the new content even looked for it in Electronics to begin with.

Notes
This override is best for players who do not own Seasons as it is purely decorative. If you would like a functional version that works with Seasons they you should check out the version by TheSimmer40 here> https://thesimmer40.tumblr.com/day/2018/08/20/

If you use the eyedropper tool on the fan to get another, the game still goes to misc. Decorations instead of Electronics for some reason. I couldn't get that to change.