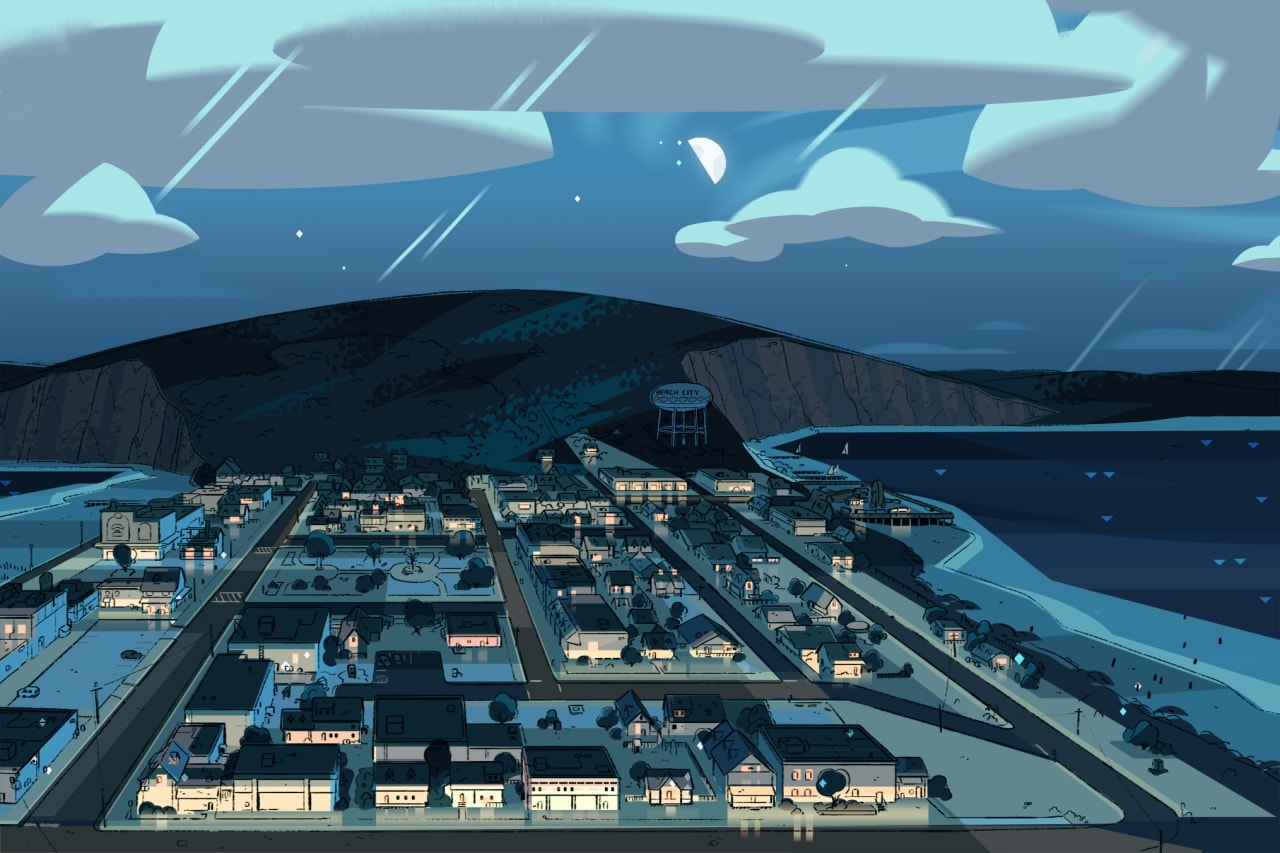 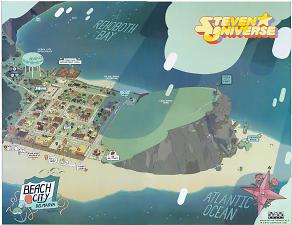 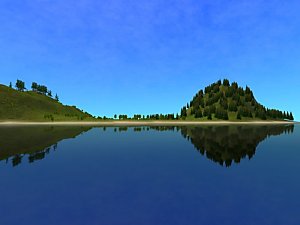 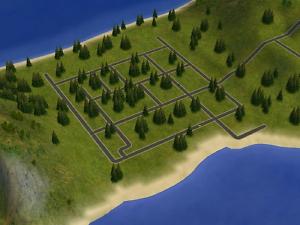 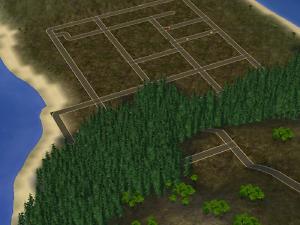 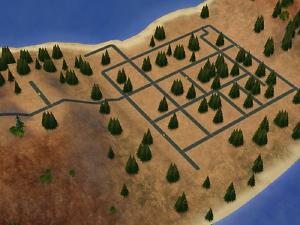 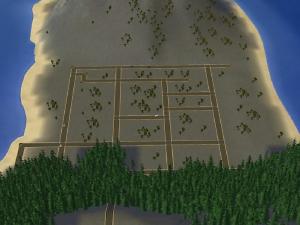 Yes, it's been a while since I uploaded any terrains. I decided to play SC4 recently only to find this little terrain that I've worked on earlier on as a request from didyouevenmakeasound. So, @didyouevenmakeasound, this is for you!

This is also being submitted under the theme for 'Space', since the show deals with aliens and planets apparently (checked Wikipedia). :P

The neighborhood terrain is based on that from the setting of the show, Beach City:

I tried my best to mimic the terrain and road network, while working with the limitations and compatibility between SC4 and TS2. The terrain around the build-able area is mostly flat. I tried to make sure of it as a lot of people struggle with getting lots to sit right next to each other if the terrain is not flat. Also, one of the roads that branches into an L-shaped dead-end allows for a beach lot to be placed. Anyways, these are the results:

It's a cute little neighborhood, situated between the rolling hills on one side, and a rising cliff on the other. Hmm... I wonder what lies on the other side of it?

And of course, the usual recommendation, if necessary: You probably you won't need it for this terrain, since the road network sits in the middle of the map, but in case you do, because I already have it installed so I can't tell, you can get Tom Duhamel's flexible neighborhood camera mod.

And last but not least, enjoy! Share with permission first! And credits too! DO NOT, I repeat, DO NOT UPLOAD TO ANY PAYSITE OR TSR, because they don't deserve it! MUWAHAHAHA! Feel free to give me feedback in the proper section, for any feedback is appreciated!

Additional Credits:
EAxis: SC4
Tom Duhamel: For his flexible neighborhood camera mod
didyouevenmakeasound: For their request and idea.
Other Information

What You Should Know!

About Me:
I used to play The Sims 2 and loved creating new SC4 terrains. I also got into creating shareable inhabited neighborhoods as well as part of the Hood Building Group. Unfortunately, I no longer create content for TS2, due to technical difficulties. Hence, I have moved on to The Sims 3, my newfound love! :P