CEP Extra -- "Lamp on the Half Shell" 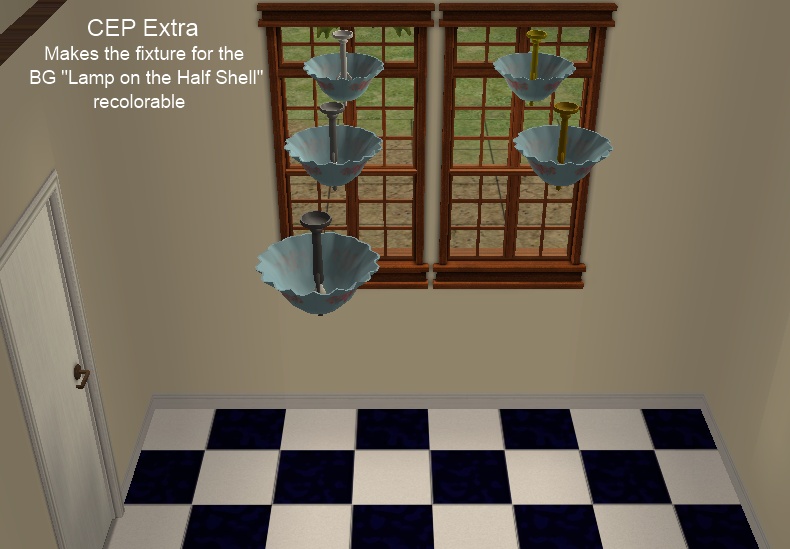 Created by dharden View Policy / About Me View all Downloads

When Maxis made the "Lamp on the Half Shell" ceiling lamp for the base game, they made it so that all recolors, including custom ones, used the same texture for the fixture. They did everything that was necessary to make the fixture recolorable -- short of actually enabling it as a recolorable subset. So, I took those last steps, and this CEP-Extra is the result.

When installed, this CEP-Extra will make the lampshade and fixture for the "Lamp on the Half Shell" separately recolorable. Of course, there's no point in making something recolorable if there aren't recolors for it, so I made a set of recolors based on the fixture texturing that Liz used in her default replacement for the lamp. They are included in a separate rar file.


Additional Credits:
Maxis, for the original object.
Liz, for the default replacement that got me to see recoloring the fixture as something worth doing.
Other Information