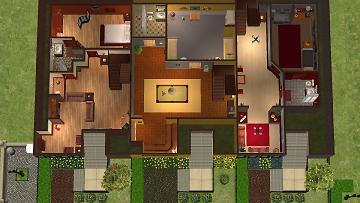 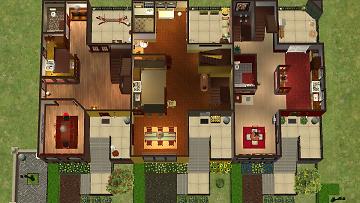 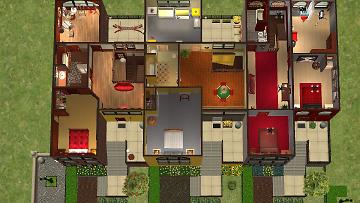 Created by Charmful
View Policy / About Me View all Downloads
Uploaded: 9th Oct 2018 at 7:40 AM
These apartments were the ones I built for round 1 of Gummilutt's 'Apartment Mania ' contest. It contains three townhouse apartments.

For a full tour, you can watch this walkthrough video

I have included a residential version for those who would like to make any architectural changes before converting to an apartment lot ('changeLotZoning apartmentbase'), otherwise the 'apartment' version is ready to go as playable apartments

Both are clean copies of the original before it was play tested. Please note that in some of the pictures, the chairs are scooted in and I did that manually with the move_objects on and quarterTilePlacement on cheats to make the pictures look nice for the contest presentation - however they are put back into regular position for the files ready for download.

In order for the TORROX WINDOW CUT OUTS to work in game, you MUST have the master 'Moune_Torrox_Recolors_TwoStoreyWindow.rar' cc from here as the cut outs are slaved to it.

Additional set of window cut outs and accessories by Moune999

Additional Credits:
Talja @ SimPearls for converting the Roman Window Set, MarcusSims91 at TSR for the original meshes for the Roman Windows Set. Cyjon and dickhurt for their gardening mods. Mootilda for her clean package installer. Google, for helping me find all the CC links. Gummilutt for the prompt in her contest.
Files Need help with downloading or installing content? Click here!

I make art and lots.