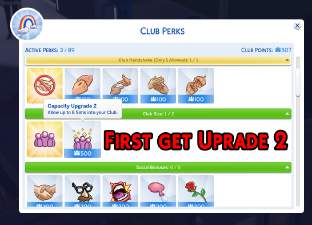 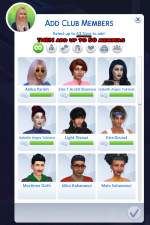 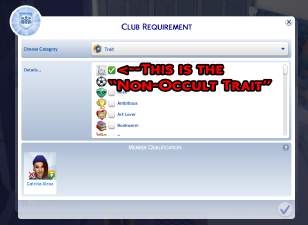 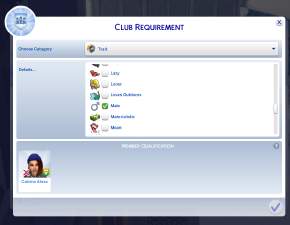 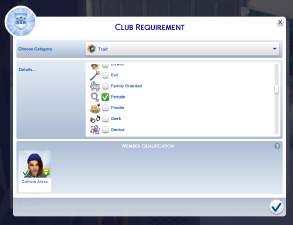 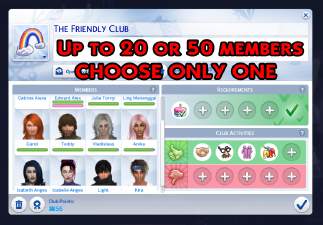 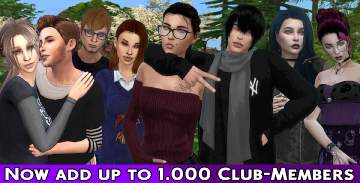 This mod works as soon as you have got the 2 perks of adding sims! With the second one, instead of only being able to add one other sim, you will be able to add up to 20/50/100/1.000 members and choose club traits. After you added 8 sims to the club from the menue you CAN further add sims up to 1.000 Members, but only by asking them directly or an active Sim joining an open club, because the "+ menue options" are gone.

It was tested without any other script mod in one subfolder of the mod folder, so if it makes issues, please try
1. placing the package directly in the MAIN mod folder, because sometimes even in one subfolder seems to make issues
2. to remove other script mods first to look for conflicts, because I am as of right now not able to make this compatible with any other mod, I am sorry.

ONLY INSTALL ONE FILE!!

The "non occult" trait is the one without an icon or the correct name... I don't really know, what is wrong. The trait is functioning like it should, you only get "non occult" sims if you check the trait - so no vampires or aliens. Still the name and icon is wrong, altough I used the right trait ID...

This mod use this XML tuning, anything which change the same will confict:

I started this mod from scratch, exporting the tuning file of the game and all.

BUT! The idea comes from these people:

Additional Credits:
ArtUrlWWW for helping me!

Pandora for her absolutly adoring poses!

Setorius for her patience and help! <3