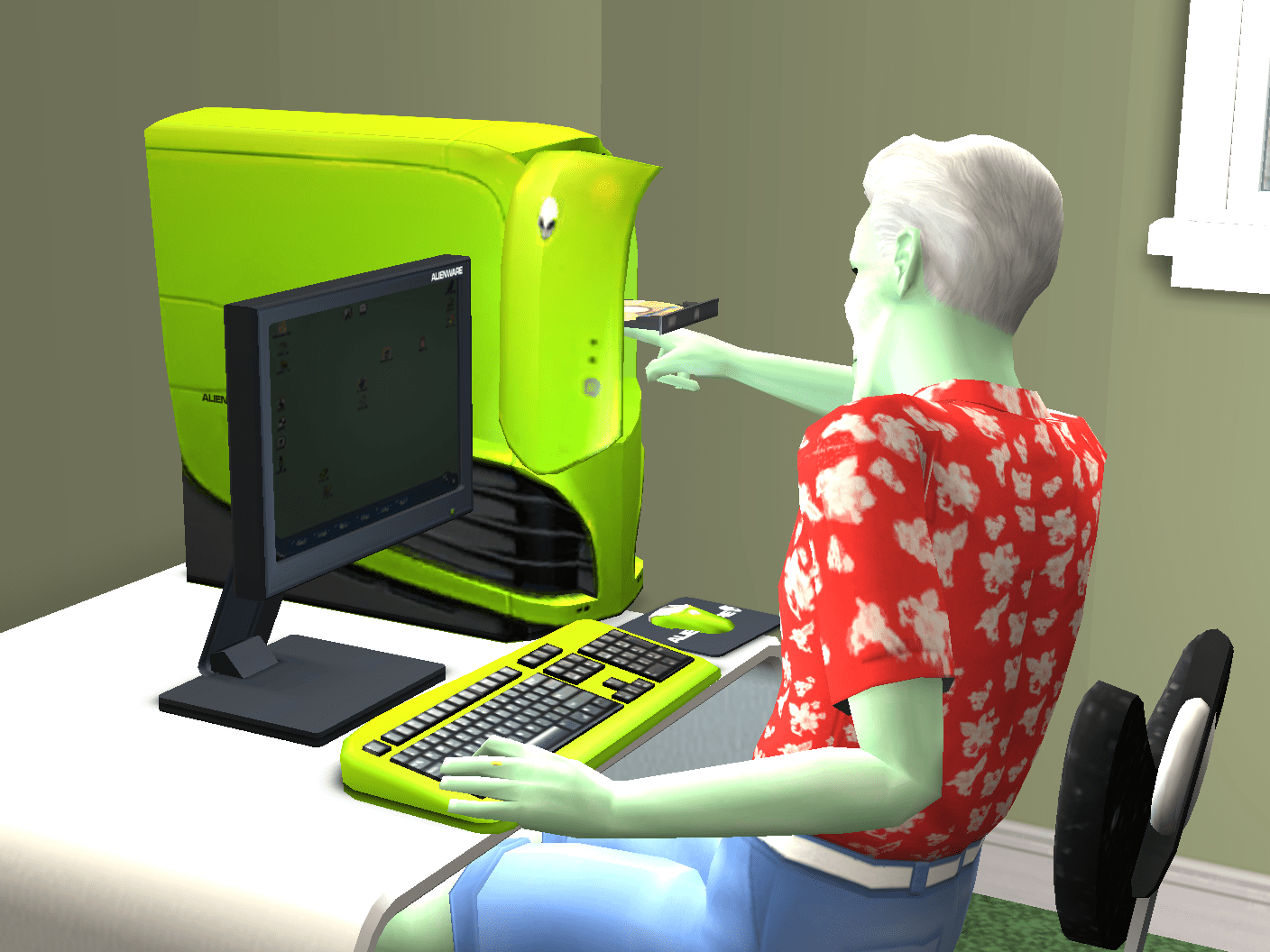 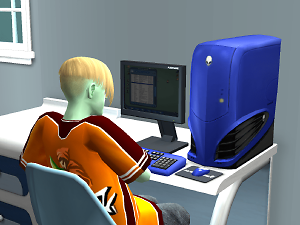 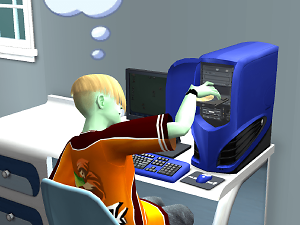 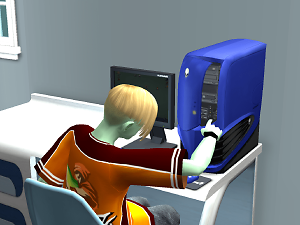 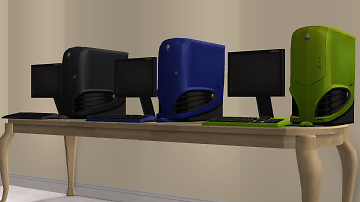 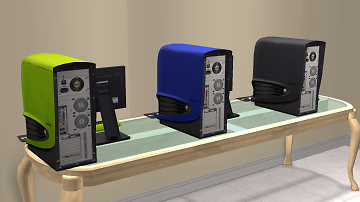 This item is the same as the original Alienware®'s "Everything but the Saucer" Gaming PC by EA, but it's updated to work correctly with the latest Expasion and Stuff packs. It should work with just the base game, but obviously without the special actions from EP's and SP's. And it's a override from the original one, so you just need this version on your "Downloads" folder.


Other (kinda) interesting stuff:
So, this a very cool item that was released by EA, through their Maxoid Monkeys in the official The Sims 2 website, which is long dead now. Since the time of its release, it has never had been updated to work properly with anything other than the base game.
Although there were some attempts to update it, they are far from perfect. One just updates it to the Pets expasion, and expansions before it, and the other one has problems with its animations.
Take notice that on the post of the PC with bugs in its animations, and on The Sims 2 Wiki, there are links that teach how to update it yourself. In fact, I just followed one of this guides (linked bellow) and uploaded the result here, so I can free you of the hassle of doing it yourself.

Additional Credits:
SimPe, and Dell/Alienware for making this possible.