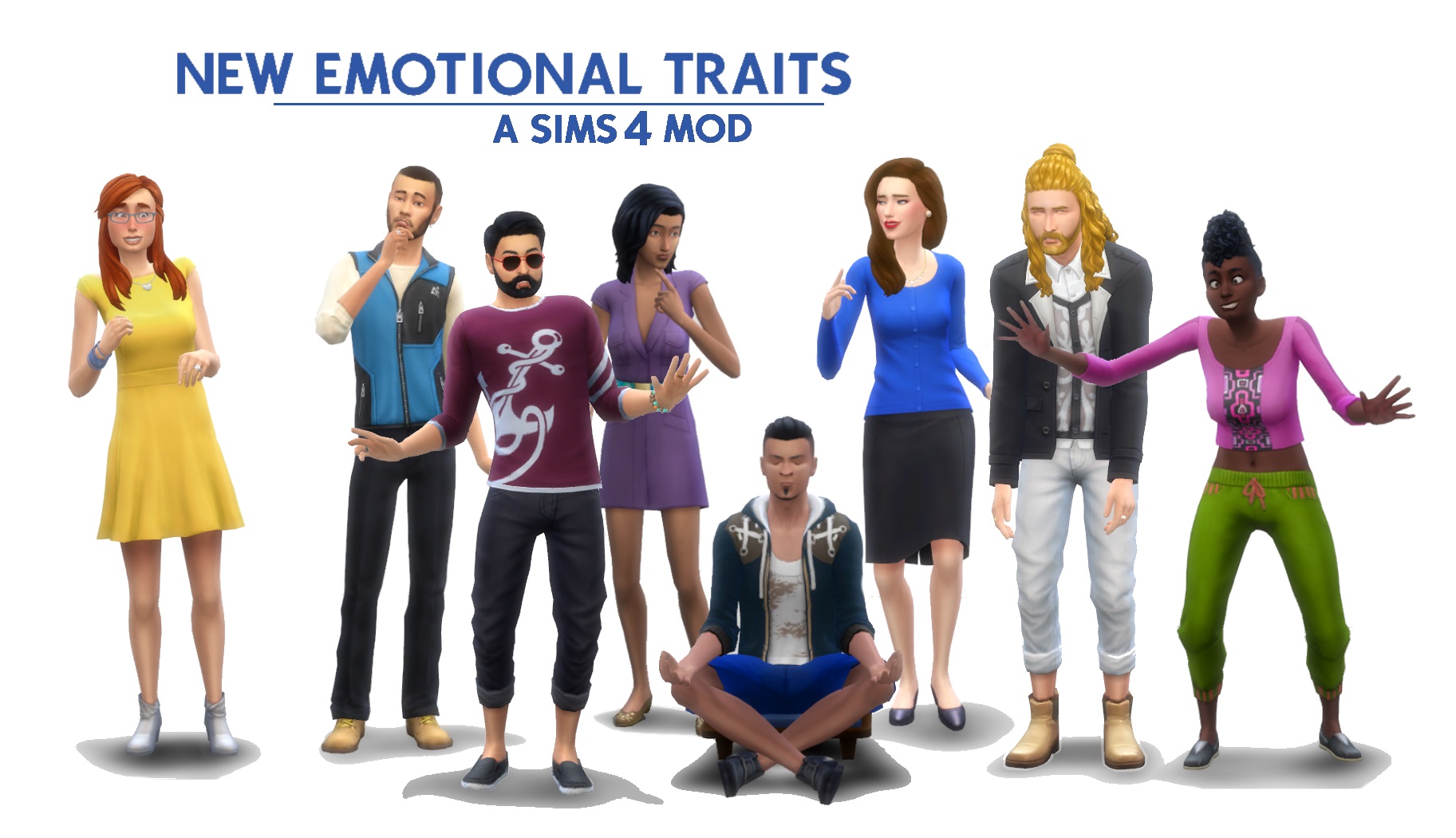 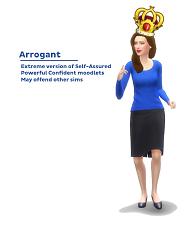 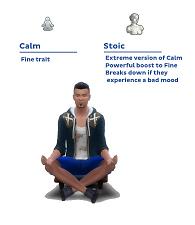 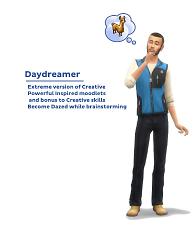 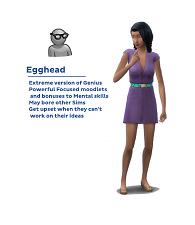 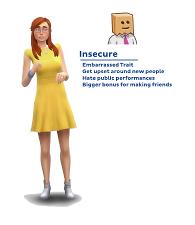 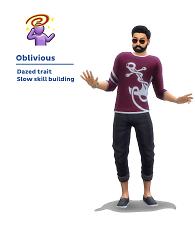 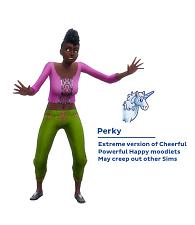 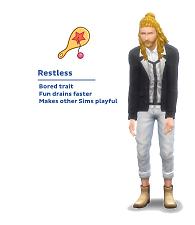 
New Mods and Mod Updates
A full list of all of my most up-to-date mods can be found on my itch.io profile. For troubleshooting and bug reports, please join me on the Sims After Dark Discord server. If you would like to help support the continued development of my mods, please consider contributing to my Patreon, where I occasionally post progress updates and exclusive access to beta versions of my newer mods. All my mods on MTS will continue to receive updates and support.


This trait pack adds a set of nine new emotional traits which fill out the roster with traits associated with moods like Embarrassed and extreme versions of the old traits with some drawbacks. All of them are available for children and older, and add boosts to Character Values from Parenthood. No custom whim sets were added to these traits.

This is my first mod ever, so any bug reports and gameplay feedback are more than welcome!

Traits
- Calm
Occasionally boosts the Fine emotion, removing much of the risk and reward of changing emotions.

- Insecure
Occasionally boosts the Embarrassed emotion, and causes stress around new people and when doing public performances. Making friends can be difficult but very rewarding for these Sims!

- Restless
Occasionally boosts the Bored emotion, and requires more fun than other Sims. Can be the life of the party if they get going, though.

Buffs:
- Feeling Bored (+1 to +3 Bored for 4 hours) occasionally
- Fidgety (+1 Energized) when Sim has low fun and high energy
- Having a Ball! (+2 Playful) when Sim has high fun
- Needs Amusement Badly/Ennui (+2/+3 Bored) while Sim has very low fun
Misc:
- Fun decays 50% faster
- Broadcasts a +1 Playful moodlet to most other Sims while fun is high
- Small penalty to Responsibility

- Stoic
Extreme version of Calm, perpetual bonus to Fine unless something causes them to experience a negative emotion.

Buffs:
- Feeling Fine (+5 Fine) permanently until the Sim experiences a negative mood
- Overwhelmed (+2 Uncomfortable) while in a negative mood
- Recalibrating (up to +4 Fine increases every 4 hours until back to Fine)

- Arrogant
Extreme version of Self-Assured, very Confident but may rub other Sims the wrong way. These Sims also get a small bonus to the Business, Politics, and Criminal careers.

Buffs:
- Feeling Bold (+1 to +4 Confident for 4 hours) occasionally
- Well, Duh! (+1 Happy for 4 hours) after receiving a compliment
- Clashing Personality (+2 Angry) while in the presence of another Arrogant Sim
- Debate Defeat/Debate Dud (+3 Angry for 5 hours) after losing a debate showdown
Misc:
- 20% bonus to Business, Politics, and Criminal careers
- 10% bonus to Research & Debate skill
- Broadcasts a +1 Angry moodlet to most other sims while Feeling Bold is active
- Small bonus to Emotional Control
- Large penalty to Empathy

- Daydreamer
Extreme version of Creative, very Inspired but may have trouble concentrating. Once they’ve organized their mind, they have powerful boosts to Creative skills.

- Perky
Extreme version of Cheerful, very Happy but can creep out most other Sims.

Buffs:
- Feeling Jubilant (+2 to +4 Happy for 4 hours) occasionally
Misc:
- Small bonus to Emotional Control
- Broadcasts +1 Tense moodlet to most other sims while Feeling Jubilant is active

- Egghead
Extreme version of Genius, very Focused but have a one-track mind. If you strike while the iron is hot, they can earn powerful boosts to Mental skills.

Installation
Add the NewEmotionalTraits package file to your Documents\Electronic Arts\The Sims 4\Mods folder or a subfolder in that directory. Then add as many of the trait package files as you desire to the same folder.

Compatibility
As far as gameplay is concerned, only the base game should be required. Cosmetically, several moodlets use icons from expansion and game packs, and missing these packs may cause moodlets to appear blank. If you encounter a grey llama icon, please report where you saw it and which packs you are missing.

Overrides/Conflicts
The Merged version of this mod uses the following XMLs to establish proper trait conflicts in CAS:

Additional Credits:
Zerbu for creating the Mod Constructor V4
Andrew and The Sims 4 Studio team for making Sims 4 Studio
Sresla for walking me through my first trait and consistently helping me navigate the MC4 software
Flerb for helping me learn how to edit code in S4S
Basemental, Roburky, and Triplis for helping me fine-tune the features of my custom moodlets
LittleMsSam and Bushygamer for their help with troubleshooting
and the greater The Sims 4 creator community for being supportive and helpful throughout the whole process
Other Information